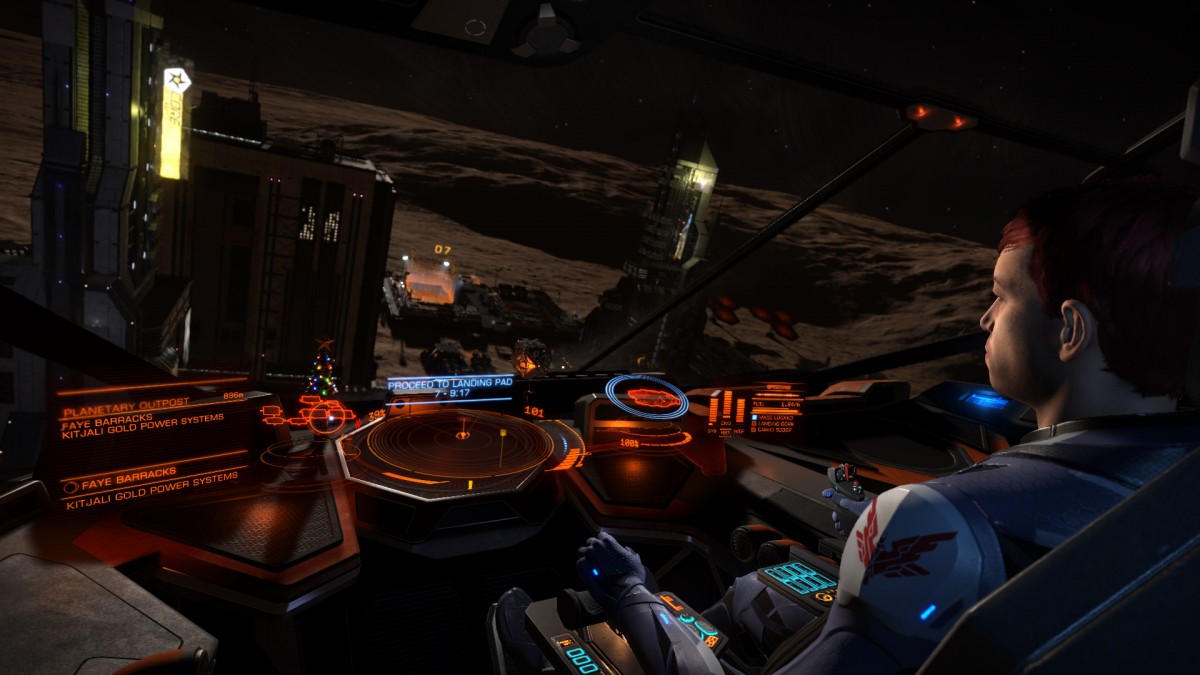 I'm trying to dock while in external cockpit camera mode. On board are some impatient passengers.