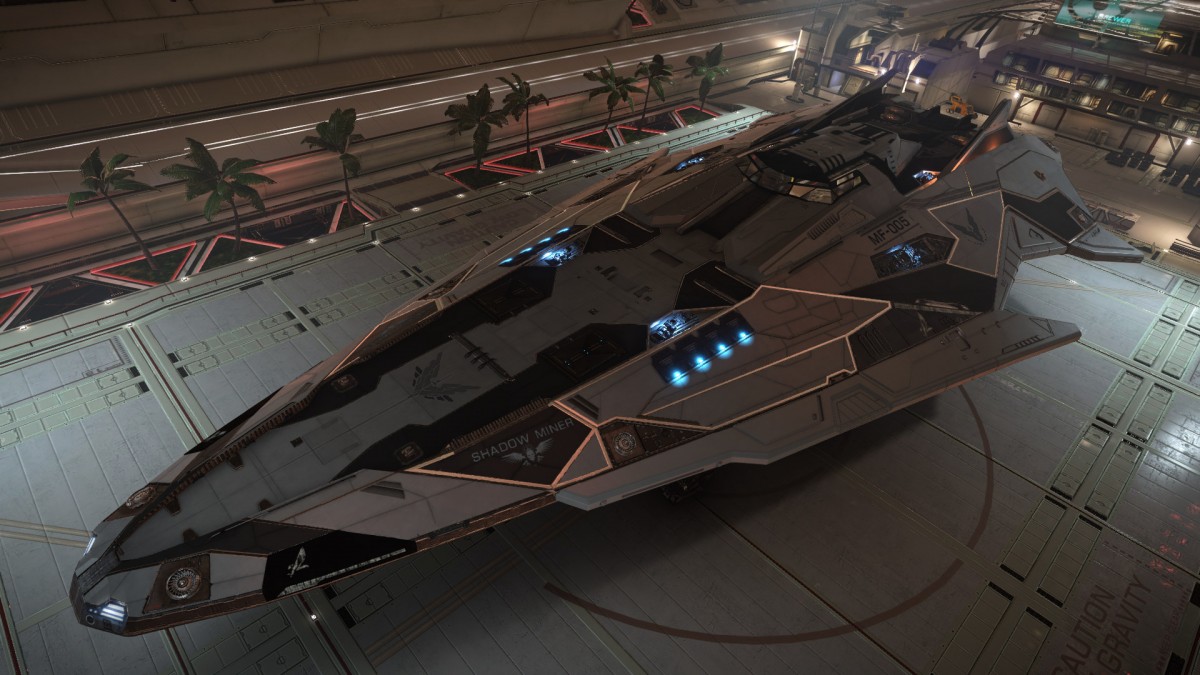 While I have performed upgrade my main anaconda ship to war build, I have left in storage most of "light" components which only gathered dust there. You have only limited space for store components (atm it is 60 items) and this was where started my idea for build specialised ship for mining. All I really needed was purchase new ship (in LiYoung space to save 15% cost) and put there all already stored components (which are ideal for smooth travel and still good enough for occassional fight). I've only needed new FSD (frameshift drive) and re-engineer two multi-canons (they have now overcharged+autoloader modification for huge MC and overcharged+corrosive for large MC ... that combination destroys hulls in amazing speed). Remaining two upper large hardpoints have now two long-range+thermal vent beam turrets (these I had in storage) which works perfect against most NPCs. Two medium and two small hardpoints uses mining lasers (I can change them for turrets, which can be used in multicrew mining).