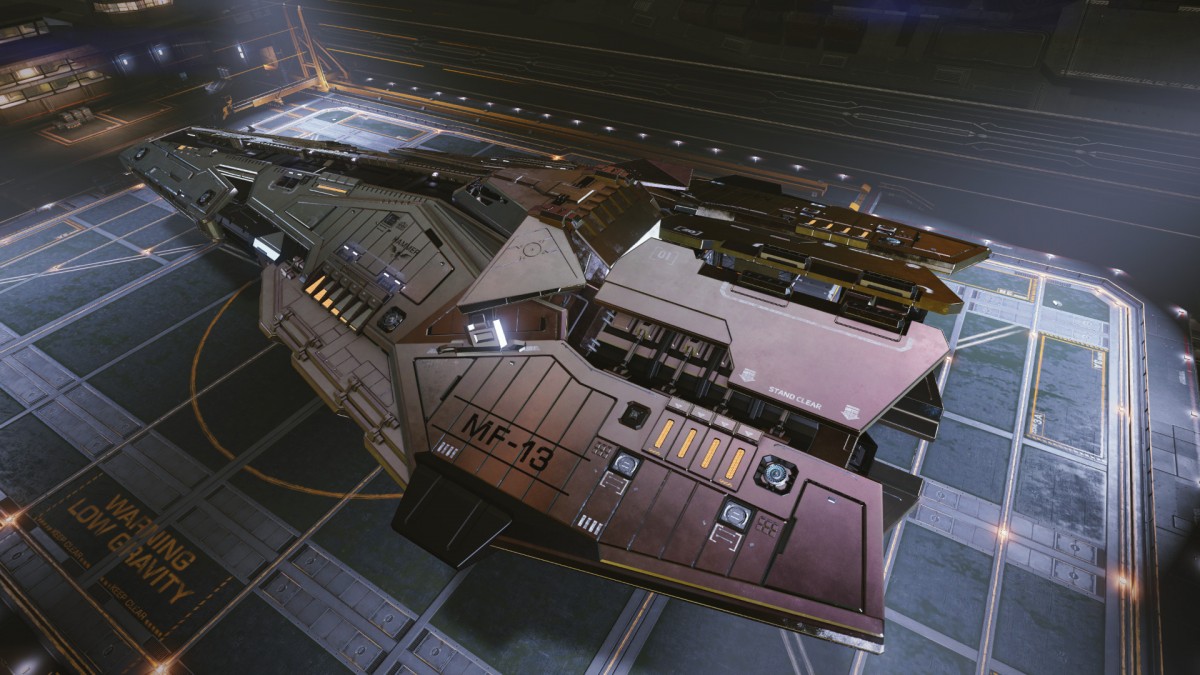 Federal Corvette is a ship which I wanted try for quite some time. My problem was, that this ship is "locked" behind federation rank. You can either "grind" to reach this rank (certain places offers numerous missions where you for example deliver messages between two stations), or get on it much slowly with normal play, IF you are operating in area which have minor factions which are part of Federation. Both these choices were a "No" for me, so after more as four years I was still only at 2/3 of federation rank ladder. Fortunately with reactovation of community goals and ingame narrative (big scale) there happened terrotrist attack on station in federation area. I like this part of game, and while doing evacuation missions from damaged station and later also salvaging mission in damaged station I finally reached rank "Rear Admiral" which is requierement for Corvette purchase. After some discussions, advices and consideration of personal priorities I prepared my first vette's combat build and started testing it. I need to say that I'm really pleased with vette overall combat and flying performance.