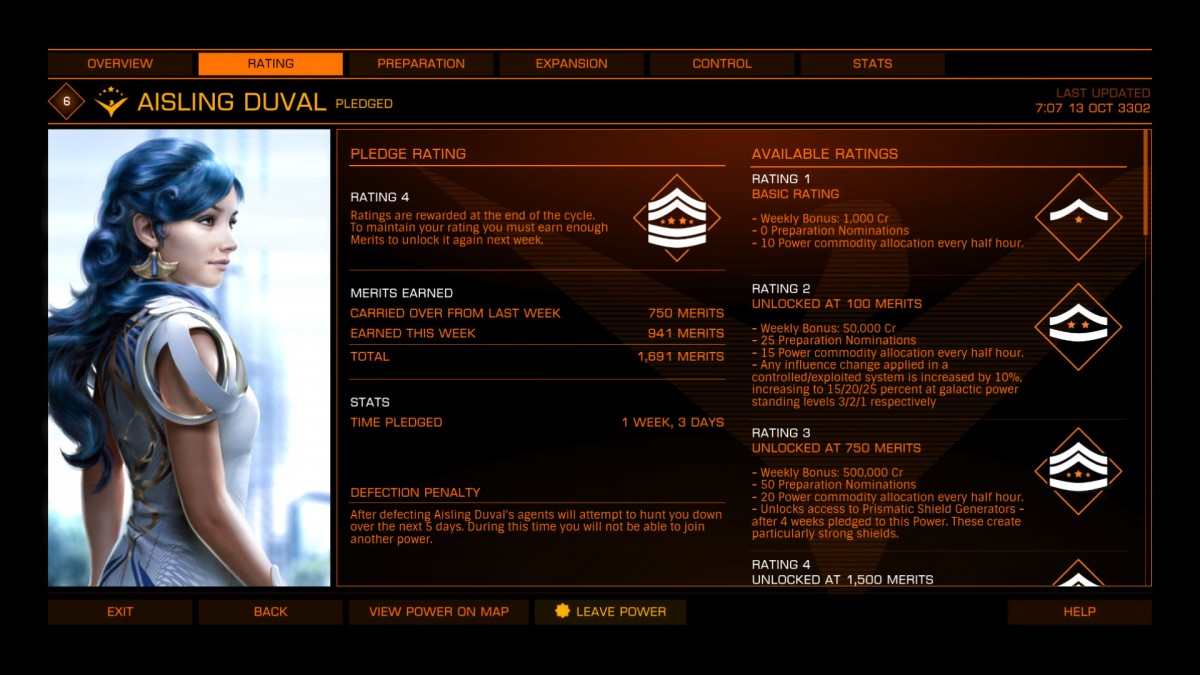 Princess Aisling Duval is a princess of the Empire, and eldest child of Prince Harold Duval. She represent one from so called "Powers" in the Elite Dangerous universe which are middle step between Major factions (Empire, Federation and Alliance) and Minor factions (some are players added). Picture shows power rating which is updated weekly and offers to its holder some advantages. In AD case it is an increasing influence bonus for reputation gathering, and you can therefore promote faster in the Imperial Navy.