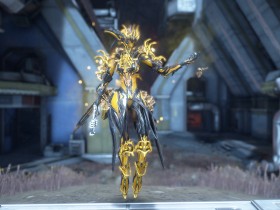 Titania is one of the fastest Warframes in the game.

The playstyle is similar to using an Archwing. Titania can fly and has two special weapons she can use while flying.

She is very fun to play and allows the completion of certain mission types ultra fast.

You might need some practice due to the increased speed, it takes some time to get used to that.

She has some very good damage reduction while flying and barely ever takes damage due to her speed.

Casting her abilities rejuvenates Titania and her allies within 15 meters, granting them the Upsurge buff which regenerates 4 Health points per second for 20 seconds.

Create a swarm of razorflies that transform an enemy into an irresistible floating beacon, attracting witless comrades before exploding on command.

Enemies fumble their weapons as they tumble into the air. Nearby allies become immune to Status Effects. Hold the ability to cast the immunity onto Titania.

Shrink down and take flight, while razorflies attack nearby enemies.

Ability 1 disarms enemies and immobilizes them. It also clears status effects. You can hold the key to cast that ability directly at Titanias location (useful to clear the status effects and make Titania immune to this status effect).

In combination with the "Razorwing Blitz" Augment this ability can be used to increase Titanias speed and fire rate by 25% up to 4 times (other abilities also cause this effect but it makes sense to use it with Ability 1).

Ability 4 enables the Razorwing mode, which can be compared to an Archwing. She can fly very fast, does blink jumps, does use her special Dex Pixa ranged weapons and her Diwata melee weapons.

The mechanic truly is like having an Archwing in a normal mission. The weapons are very powerful, her speed is extreme and with the Aviator Exilus mod and the Aerodynamic Aura she by default has a 64% damage reduction. "Razorwing Blitz" as described above can increase speed and fire rate by up to 100% (4 stacks x 25%).

Her exhalted ranged weapon is a pistol therefore the use of Arcane Velocity grants a 90% chance to increase the fire rate by 120% on a critical hit. Arcane Precision adds 300% damage to pistols (100% chance) for 18 seconds when doing a headshot.

When playing Titania I only use Ability 4 (which is active non-stop) and when needed Ability 1 to clear status effects and to cause the effects related to the Razorwing Blitz Augment.

More does Titania no need. She shreds through the enemies using her pistols on the Archwing mode.

This is the only build you will need for Titania herself. Below you can find the builds for her weapons.

Important are Ability Strength, Duration and a bit Efficiency. Range does not matter at all. Also important is the use of the Aerodynamic Aura and the Aviator Exilus mod. This gives you a 64% damage reduction when airborne (and you are in that state almost the entire time). 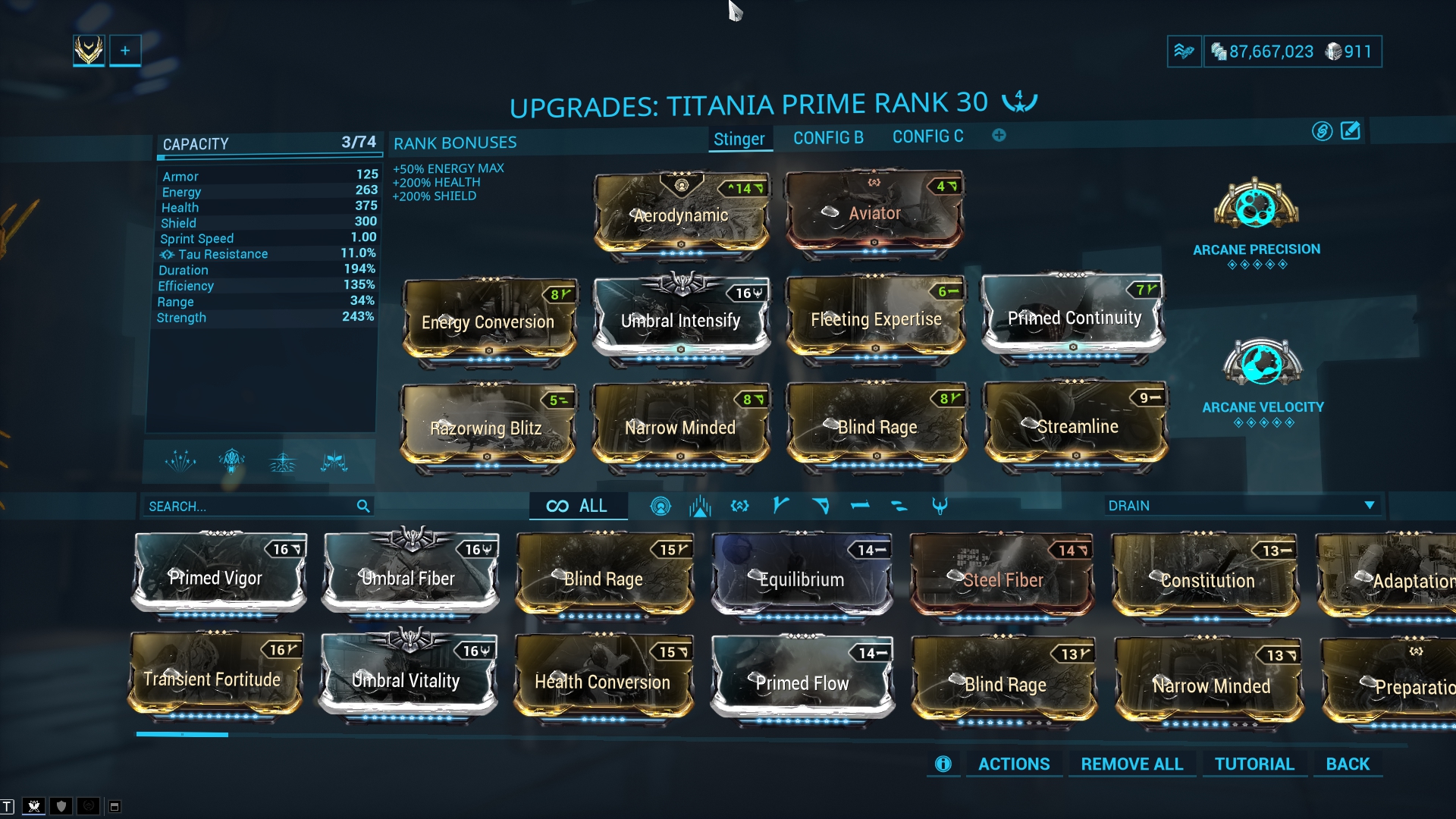 The Viral damage for these pistols easily can be changed to Corrosive if additional armor reduction is needed. 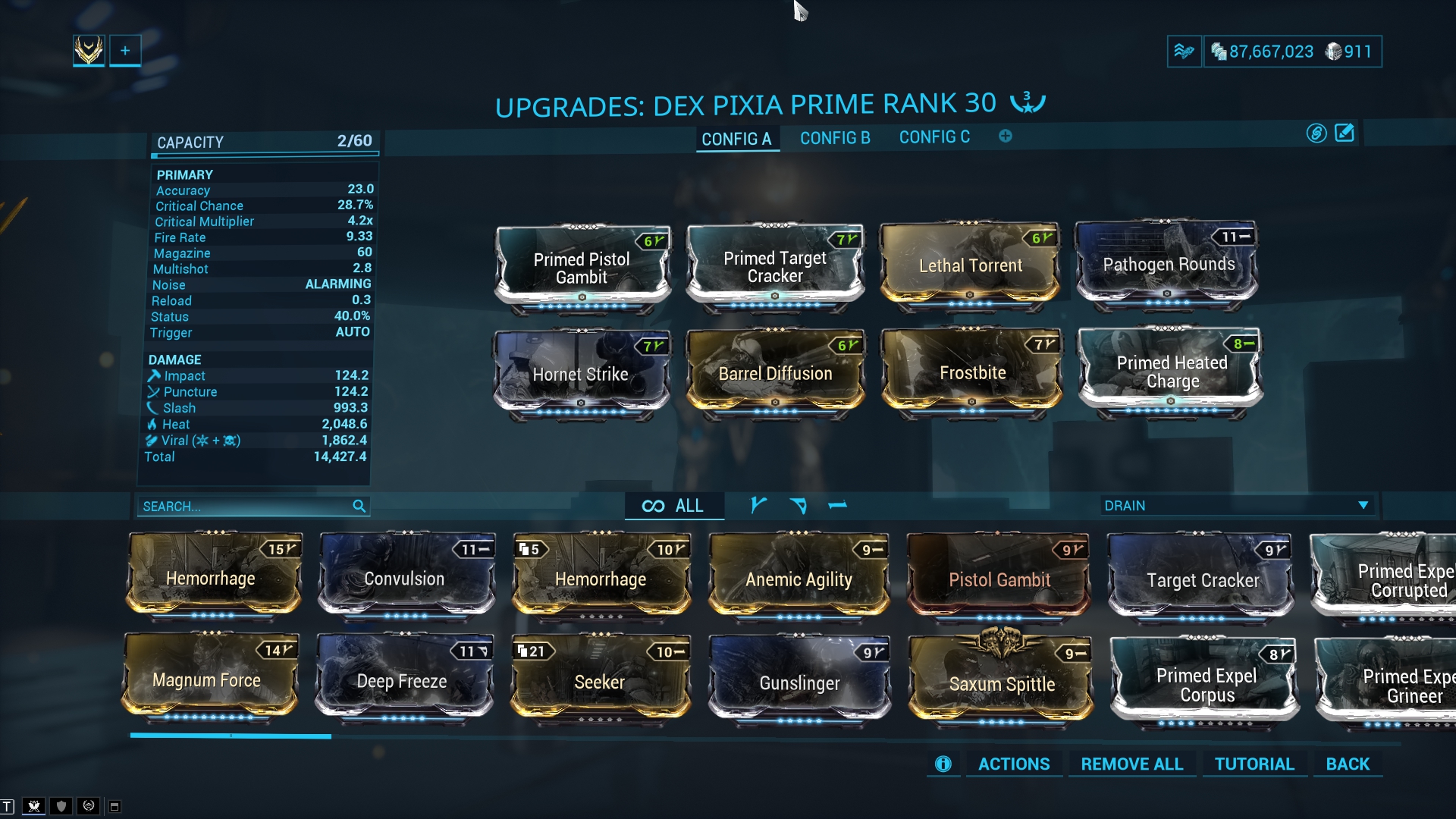 The Diwata is less powerful than the ranged attack of Titania but certainly is fun to play on lower difficulties. 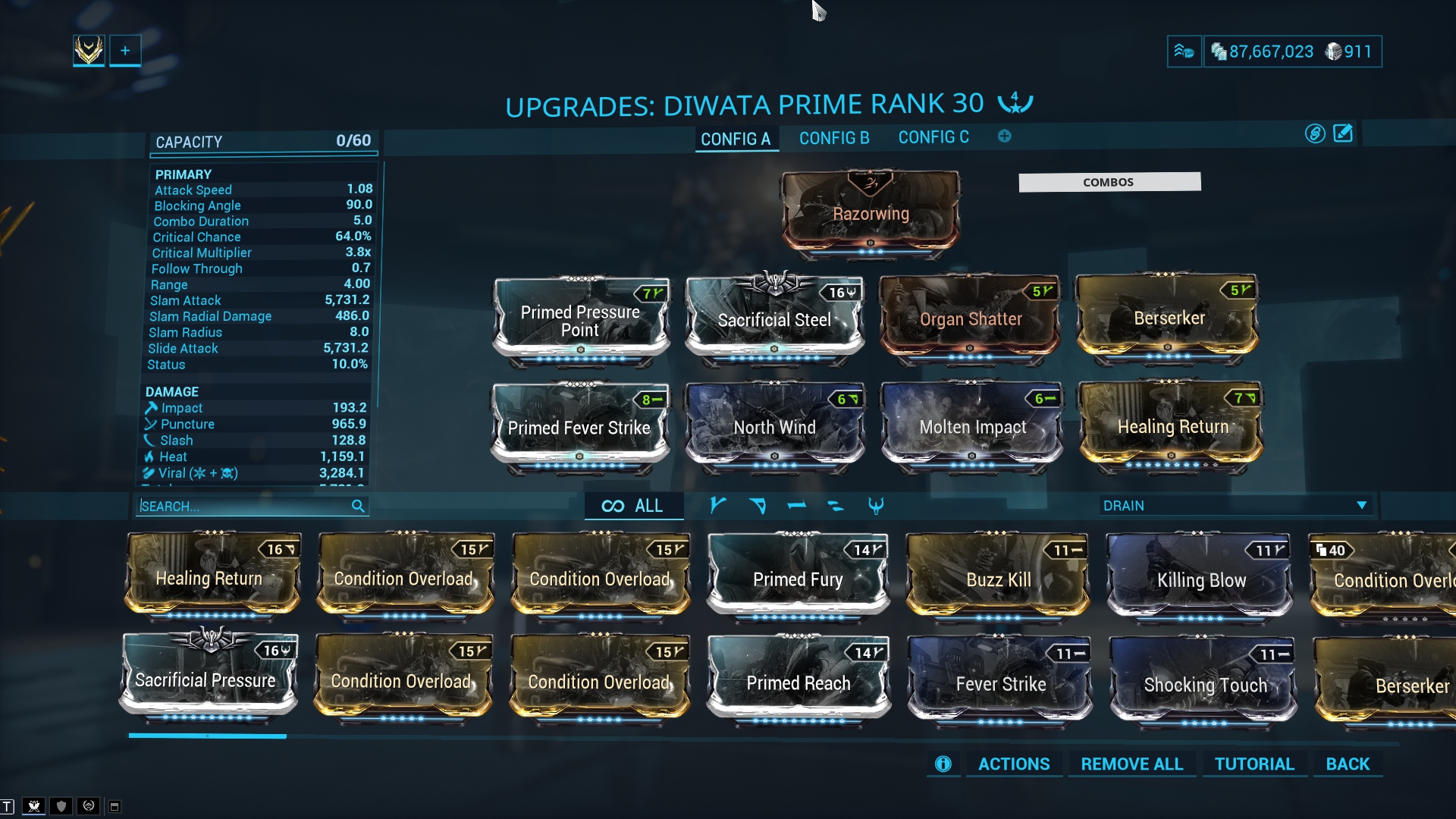