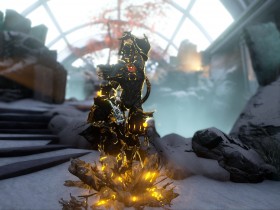 Nezha looks great and also feels good to use.

The defensive ability works similar to Iron Skin but with a damage dealing bonus component.

His abilities are not the best damage dealers but they remove armor which makes enemies vulnerable to damage from all sources.

Hurl a flaming ring that sets enemies ablaze making them vulnerable to any damage. Flaming enemies drop Restorative Orbs on death. Charge to amplify the power of the ring, and reactivate to instantly travel to the ring's location.

Impale nearby enemies on spears that erupt from the below. Activate again to slam surviving enemies back into the ground.

Blaze a trail of flames, scorching enemies and cleansing allies. Teleporting blasts the landing area with a ring of fire.

Create a protective ring of fire, that also stuns and damage enemies who get too close.

With Fire Walker Nezha gets 25% higher movement speed and leaves a trail of fire behind him which sets enemies on fire. This obviously deals heat damage (twice per second) and applies heat status effects with a 50% chance. Nezha and his allies will be cleansed of all status effects on contact with the trail (Nezha always has contact).

I would advice to have this ability running non-stop.

With Blazing Chakram Nezha will throw the ring on his back to deal damage to enemies. Again this is head damage with a heat status effect. Enemies hit are considered "marked" and receive 100% increased damage from all sources. On death marked enemies have a 100% chance to drop a health orb and a 35% chance to dop an energy orb.

Holding the ability key will charge Blazing Chakram which will then deal 4 times the damage but won't bounce between the enemies anymore. It still can hit multiple enemies if they are all in the line of fire.

If the ability key is pressed while the disc is in mid air Nezha will teleport to the location of the disc.

If Blazing Chakrams teleportation is used while Fire Walker is active a ring of fire is generated at the location of the teleportation. Again this causes heat damage to enemies with a status effect.

Using Blazing Chakram in on a group of enemies which are under the effect of the Devine Spears (ability 4) then Nezhas disc splits into two discs when in contact with impaled enemies.

Warding Halo summons a ring of fire around Nezha which causes slash damage to enemies in close proximity around Nezha. It also grants immunity to status effects and absorbs 90% of incoming damage.

This ring has a health value similar to Rhinos Iron Skin. It starts with 1000 health. 250% of Nezhas total armor is added as bonus health. Upon activation this ring is invulnerable for 3 seconds and all incoming damage multiplied by 250% is added to the health of the ring (also very similar to Iron Skin on Rhino).

The ring can not be refreshed and needs to run out completely before the ability can be cast again.

Ability Strength can increase the health of the ring and the slash damage done. The health counter is displayed in the lower right corner.

Enemies in contact with the ring will stagger for a brief moment.

When the health expires a ring of fire will be emitted around Nezha causing heat status effects to enemies in range with 100% chance.

Nezha is invulnerable for 1 second which should be used to cast the ability again.

Divine Spears impale enemies around Nezha dealing puncture damage. When the ability is used again these enemies are smashed back to the ground dealing the same amount of damage but this time as impact damage.

Blazing Chakram (ability 2) used on impaled enemies will double the amount of discs upon contact.

Ability Strength is the most important value in this build. The other values are balanced. The build in general focuses on applying stat procs and keeping Nezha alive. Actually a pretty straight forward build without any special stuff to consider with the exception that a high armor value is important for Nezhas "Warding Halo" ability. Arcane Guardian can further increase this armor value. 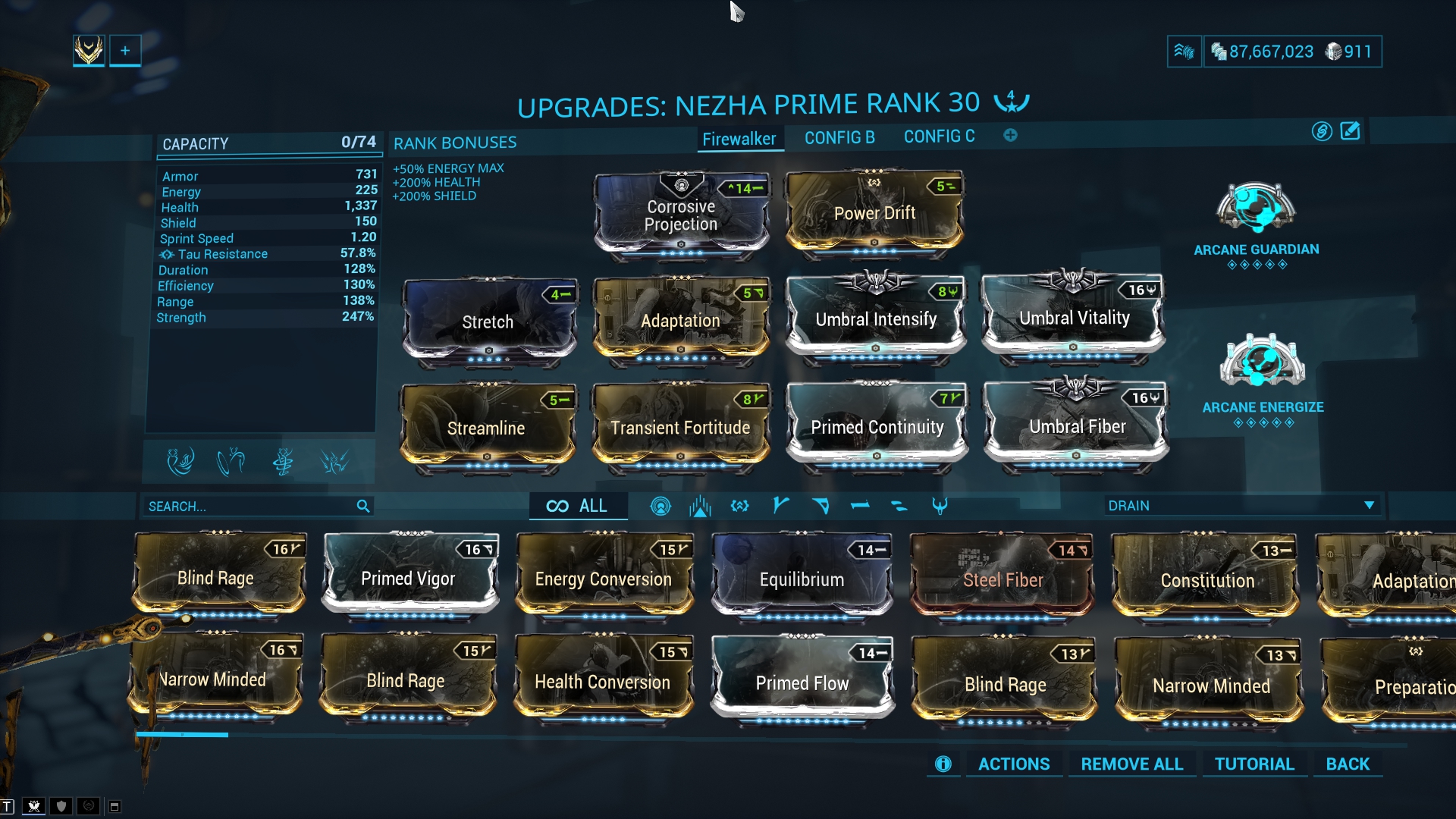