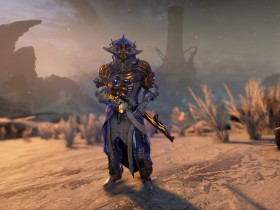 Frost is a very defensive Warframe.

His abilities focus on freezing enemies, debuffing them and protecting locations with his snow globe.

You should not expect him to a big damage dealer. He is best using in point defense missions or as a support Warframe.

Frost has a 10% chance to freeze enemies which attack him with melee weapons.

A frigid energy blast that freezes targets in their tracks.

Frost deep freezes any vapor and moisture in the area, creating a protective sphere with brief invulnerability to boost its strength.

Summons a treacherous landslide of ice that instantly freezes and shatters all enemies in its radius.

I personally don't like the first two abilities since they are in my eyes too weak.

Ability 3, the Snow Globe is very useful when protecting certain areas from damage (e.g. during defense missions) or protecting Frost himself. The globe protects from incoming damage, it deals damage to enemies inside the globe and slows them down (both movement sped and attack speed). You can cast up to 4 show globes in different areas.

If you cast a snow globe inside an already existing snow globe you will increase its effective health up to a limit of 1 million health. This does not count towards the 4 globe limit.

The health value of the globe is based on Ability Strength and the armor bonus of Frost. This means that every armor increasing mod helps to make the globe stronger.

Ability 1 (Freeze) can collapse the Snow Globe when being cast on it, leading to an explosion that deals AoE damage.

Ability 4, Avalanche is Frosts offensive ability. It freezes enemies and causes damage which will shatter them eventually. This however does not scale well into higher difficulty levels, but Avalanche also causes an reduction in the current enemy armor of 40%. This loss of armor makes even higher level enemies vulnerable to normal attacks.

If you only have to defend one single location this build is the best choice as it creates a very strong Snow Globe. 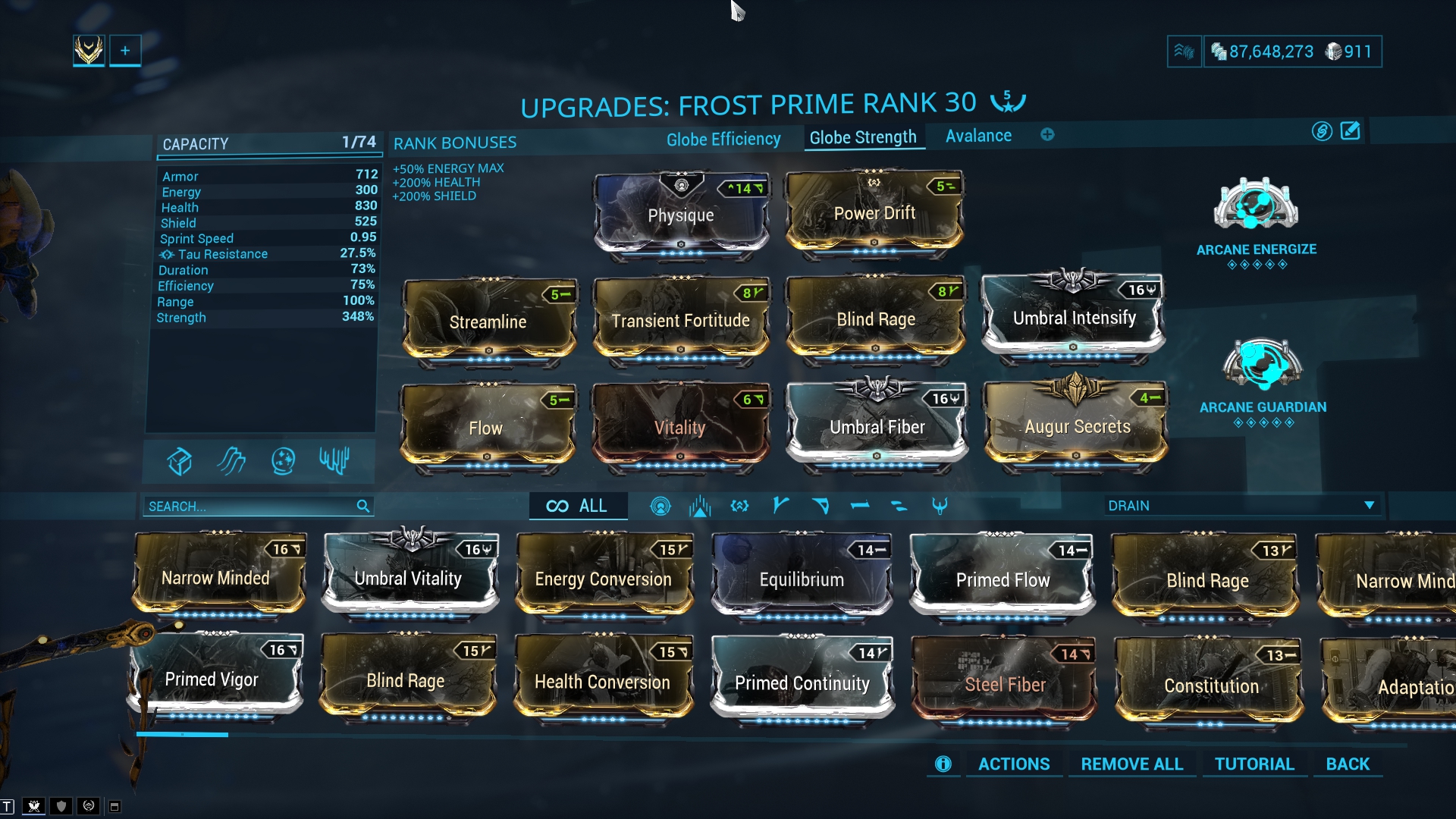 This one creates less strong Snow Globes it allows you to cast them most efficiently. If you need more than just one Globe this build might be the better option. 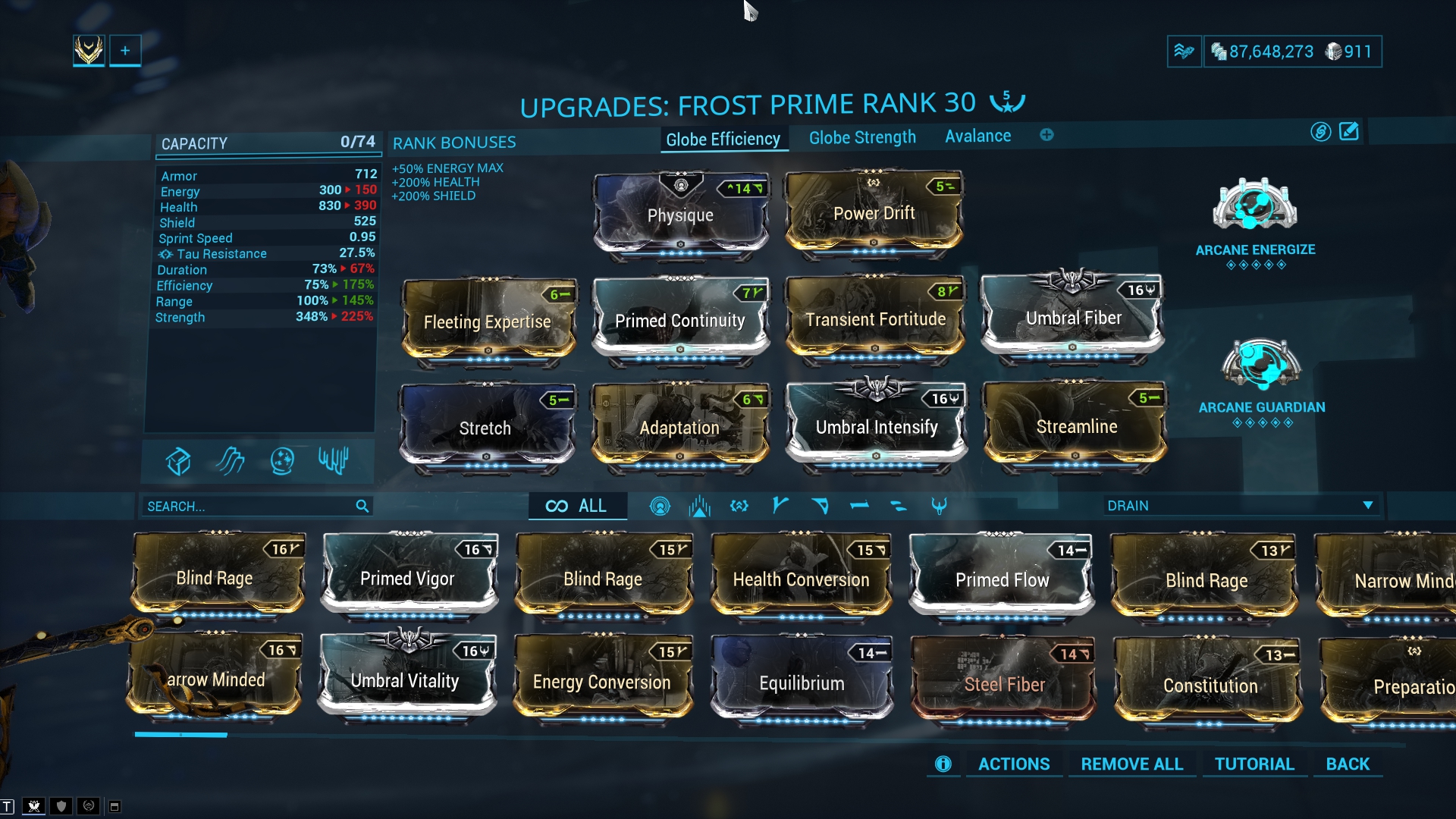 The Avalanche build is a compromise between Ability Strength, Efficiency and Range. You of course want to cause damage to enemies in a larger area so range is important here. You also might have to cast this ability quiet often so you need the Efficiency. Here Frost would work as a debuff and support Warframe on higher difficulties and damage dealer on lower difficulties.