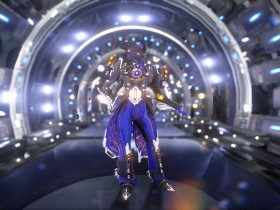 Limbo is a mixed bag in terms of usability.

It was much better but got nerfed because the mechanics behind its abilities can be exploited in certain game modes. This does limit Limbos usefulness on top of the fact that the abilities can disturb other players gameplay.

If you play with others in a team you need to be careful how you play with this Warframe or you might see people leaving the match or complaining to you.

However, Limbo is the secret weapon of certain game modes which require you to defend specific objects or locations for a specific duration.

There also is a specific Elite Nightwave challenge which requires you to win 3 consecutive waves of Index without allowing the opponent to score even one point. Limbo can do the defense work for this challenge with ease and 100% reliability.

Casts a wave of Rift energy that damages hostiles while pushing enemies and allies out of Limbo’s current plane of existence.

Surges nearby Rift-bound enemies with Rift energy. When killed the Rift Surge is transferred to a nearby enemy outside the rift. Surged enemies that leave the Rift perform a radial Banish.

A violent blast of void energy tears open a pocket of rift plane which can sustain itself for a short period before collapsing in another lethal blast.

While Banish and Rift Surge can be useful the two abilities that work best are Cataclysm in combination with stasis.

Cataclysm creates a large bubble around the location it is casted on which can deal damage to enemies. Stasis freezes all enemies in this bubble. They can not move, they can not fire their guns but as long as they are trapped they receive damage.

Limbos passive ability is also worth to mention since it is not really passive.

The dodge mechanic on Limbo is different. Instead of rolling into a direction of choice Limbo will do a Rift Walk, which puts Limbo into the Rift plane/dimension. As long Limbo is in that state enemies in the normal plane of existence can not deal damage to Limbo. You can use this mechanic in theory to cross the entire map without taking damage, reach your mission target, leave the rift plane and do whatever the missions requires you to do.

It is also worth to mention that you wont collect mods or resources as long as you are in the rift plane. The collect magnet of your sentinel or your Warframe will work but you just wont collect the stuff until you leave the rift.

Every time a rift walk is done Limbo will leave a portal that other team members can use aswell. They also can get into the rift this way (which very often they don't want) since they can not deal damage from there.

There are multiple builds possible and you have to make a decision based on the game mode you are playing.

For the Index Nightwave challenge I suggest to go for a large bubble that allows you to capture opponents and keep them away from the scoring point. Your team members can kill them without any resistance then.

However, if you play stuff like defense missions together with other players you should consider to use a small bubble to protect the mission target exclusively without trapping your team members in it.

In both cases it is important to increase the Ability Duration as much as possible. Ability Strength can be mostly ignored as it only has influence on how much damage is done to enemies on contact. Strength is nice to have but for the very specific tasks not a requirement.

Ability Duration of course will make the difference between having a large bubble or a short one. So depending on your build this either has to be very high or extremely low.

Ability Efficiency should match your energy demands. Using an Energy Siphon in your Aura Slot (+0.6 Energy per second) and maybe Arcane Energize should provide you with energy to cause your Ability 4 and 2 once their durations run out.

Ability 4 runs much longer than Ability 2. Keep in mind that both abilities have a relative long cast time in which you have no protection anymore. Both abilities can be aborted early and recast again. So you have a bit flexibility for your timing.

Note: you can recast the abilities early (when the duration timer is still running). e.g. when your Ability 2 shows only one second left you can press 2 already. The cast animation will take ~1 second and only at the end of that animation the ability is activated. This way you can minimize the gap between the active Abilities.

Good for covering large areas. Good for Index. Not so great if your team members want to do damage to the enemies since the rift bubble can not be penetrated. This also has negative effects on cast abilities of your team members. 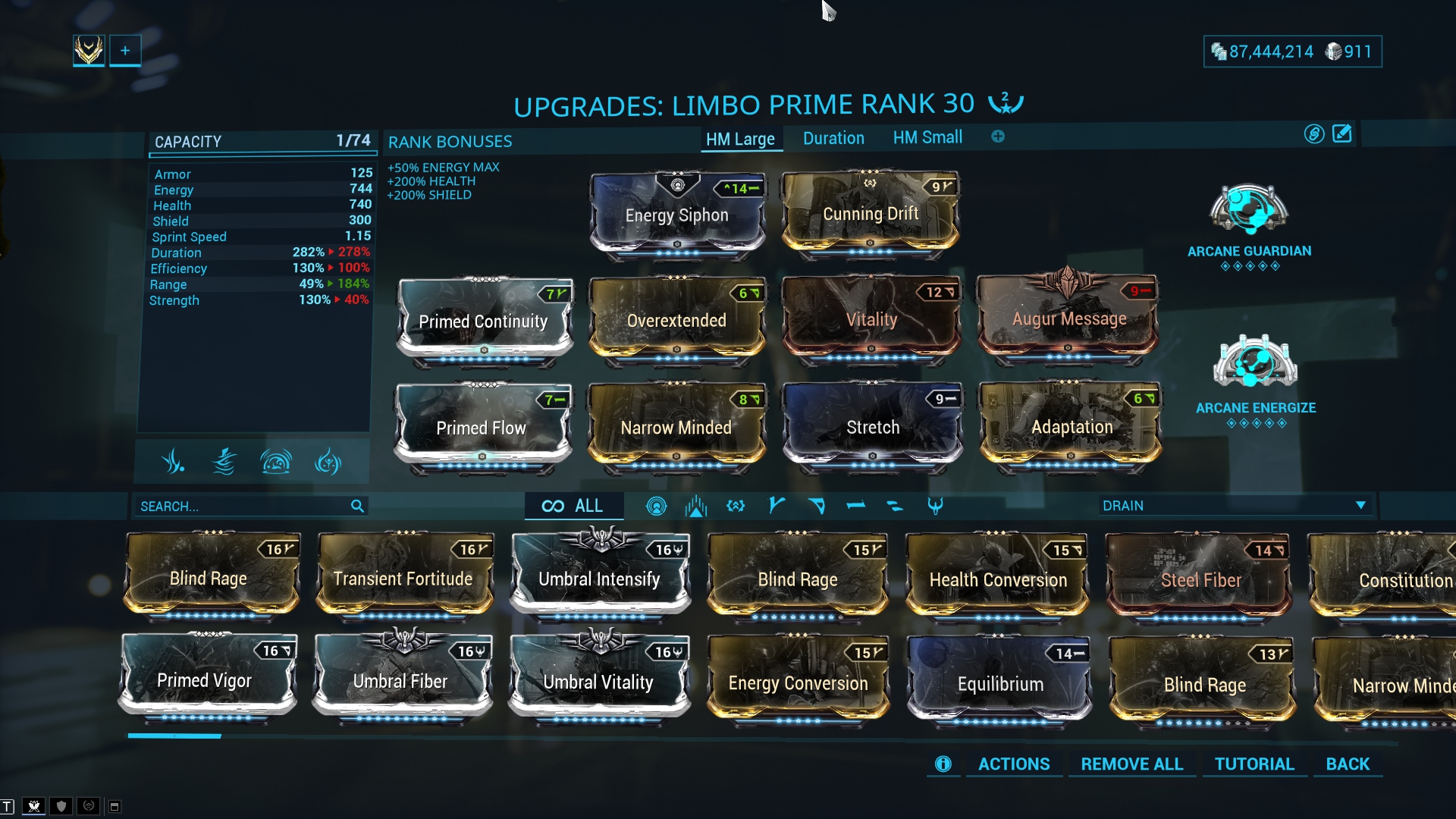 A great build for situation where you want your rift bubble to last as long as possible while you do other tasks. Excavation missions would be such a situation. You can shield the excavator when it is fully loaded with energy and move to the next one knowing that your rift bubble will protect the first one. 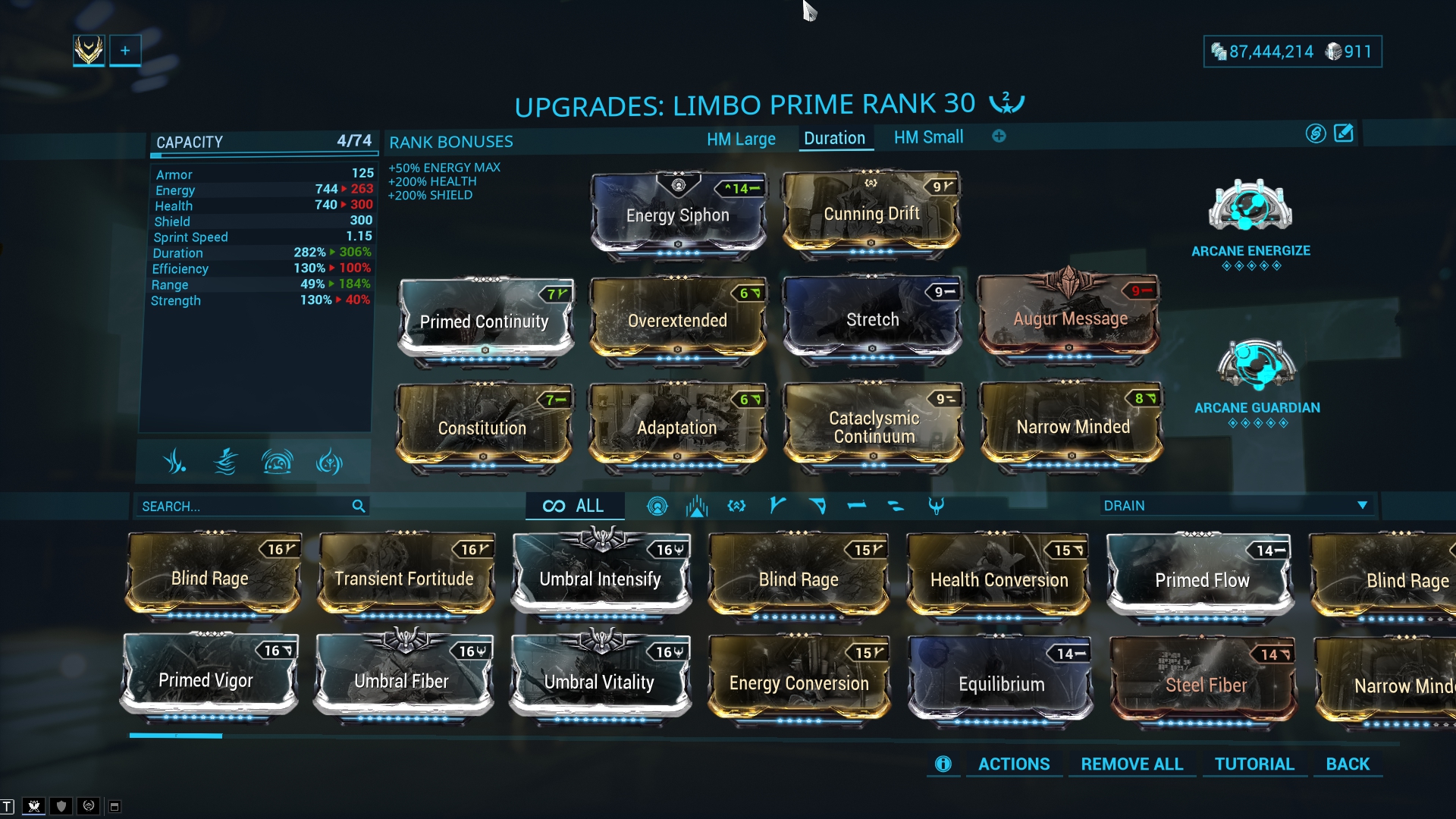 This build only creates a small rift bubble covering only a small area. This allows team members to attack enemies and cast their abilities without being disturbed by the bubble. 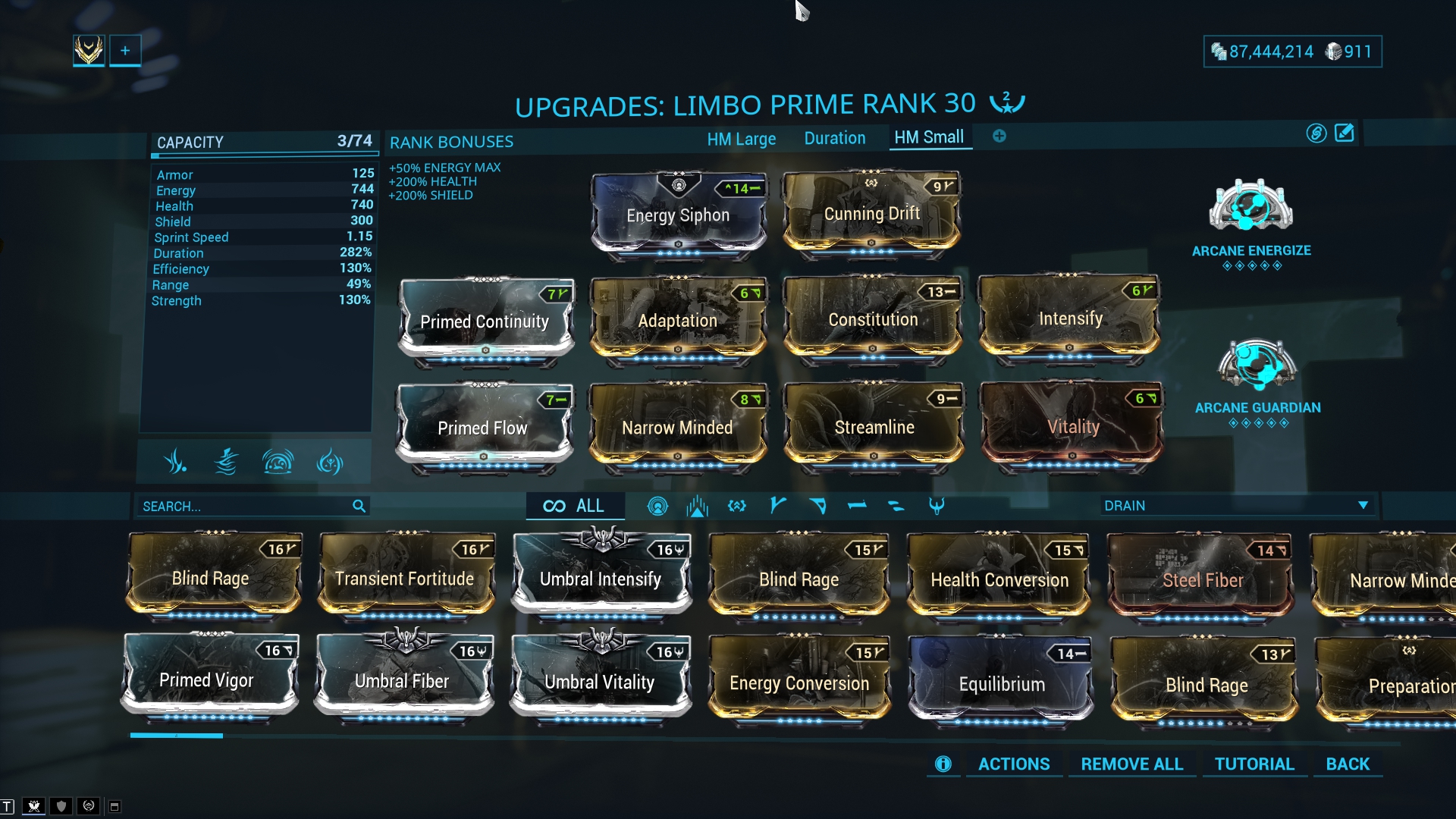 Limbo can be a damage dealer if the situation requires it but I think Limbo is best at defense and at doing special tasks.

One of these tasks is to trap wild Kavat on the Deimos maps in order to get genetic samples. The Rift Walk can be used to search the Kavat without taking any damage while the Cataclysm and Stasis can be used to freeze the Kavats so you can scan them.

Another good use for Limbo is farming resources on all kinds of star maps but most importantly on open world maps. The method is called Catabombing. Here you take a build with maximum range and maximum efficiency. All you do on these maps is activating Ability 4 and instantly deactivating it again. This ability can crack open all resource nodes in range and your resource magnet will collect all that stuff with ease. Since you deactivate the 4th ability fast your energy drain will remain low, allowing you to loot large areas of the map in a pretty short duration.

The Large Bubble Build or the Duration Build would work for Catabombing.

Final word: During the Scarlet Spear Event the developers noticed that players used Limbo to do the defense tasks of the event with ease. This did lead to a nerf in which certain enemies could become immune over time to the rift mechanic. To my knowledge this only applies to Sentients or on certain events. I have not observed this immunity on normal Grineer, Corpus or Invested enemies on normal missions or on Index.