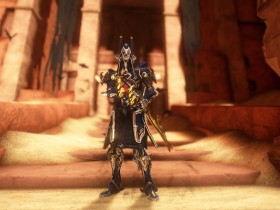 The immortal god Inaros in my eyes is not necessarily a Warframe that has to rely on abilities.

His biggest strength is the sheer amount of health he has.

While the default health value for most of the Warframes is 300, a well build Inaros easily can get over 10.000 health. This makes him "almost" unkillable.

I am convinced that Inaros abilities can be used to kill enemies, I just don't use them for that purpose. His high health is an invitation for being lazy or for rushing into hordes of enemies using your melee weapons.

Inaros is actually best to be used in combination with a Panzer Vulpaphyla since this pet can restore very large amounts of health if needed. The Vulpaphyla and Inaros actually can not die and are a perfect choice for very hard mission such as Steel Path or very long Arbitrations.

Instead of dying like other frame Inaros enters his sarcophagus. By targeting enemies or allies using the aiming reticle 75 damage is done which refills Inaros health until he is being revived this way.

Of course he still can be revived by other players or by using a revive charge.

Blast enemies with a wave of cursed sand that blinds them and steals their health.

Hold power to trap target in quicksand and draw them in for devouring; this steals health and ultimately creates a friendly Sand Shadow.

Become a whirling spiral of sand that sends enemies flying and devours those trapped in quicksand.

Charge to transform health into hardened scarab armor. Discharge to blast enemies with a scarab swarm; survivors have their health drained and bestowed on allies.

Honestly, the only ability I use from time to time is the Scarab Swarm as it drains Health once to increase the base armor (225) of Inaros by 100%. Health Orbs or a Panzer Vulpaphyla easily refill the lost health within seconds.

The usability sorting remains at the default since I put absolutely no priority to the other abilities.

Since I absolutely do not care about the Abilities my build is exclusively focused on health and survivability. As you might have noticed the Umbra Intensify mod is rank 0. It only serves the purpose to boost the stats of the other two Umbra mods. All Arcanes and mods are selected to boost the health and Armor of Inaros. Abilities do not matter at all. 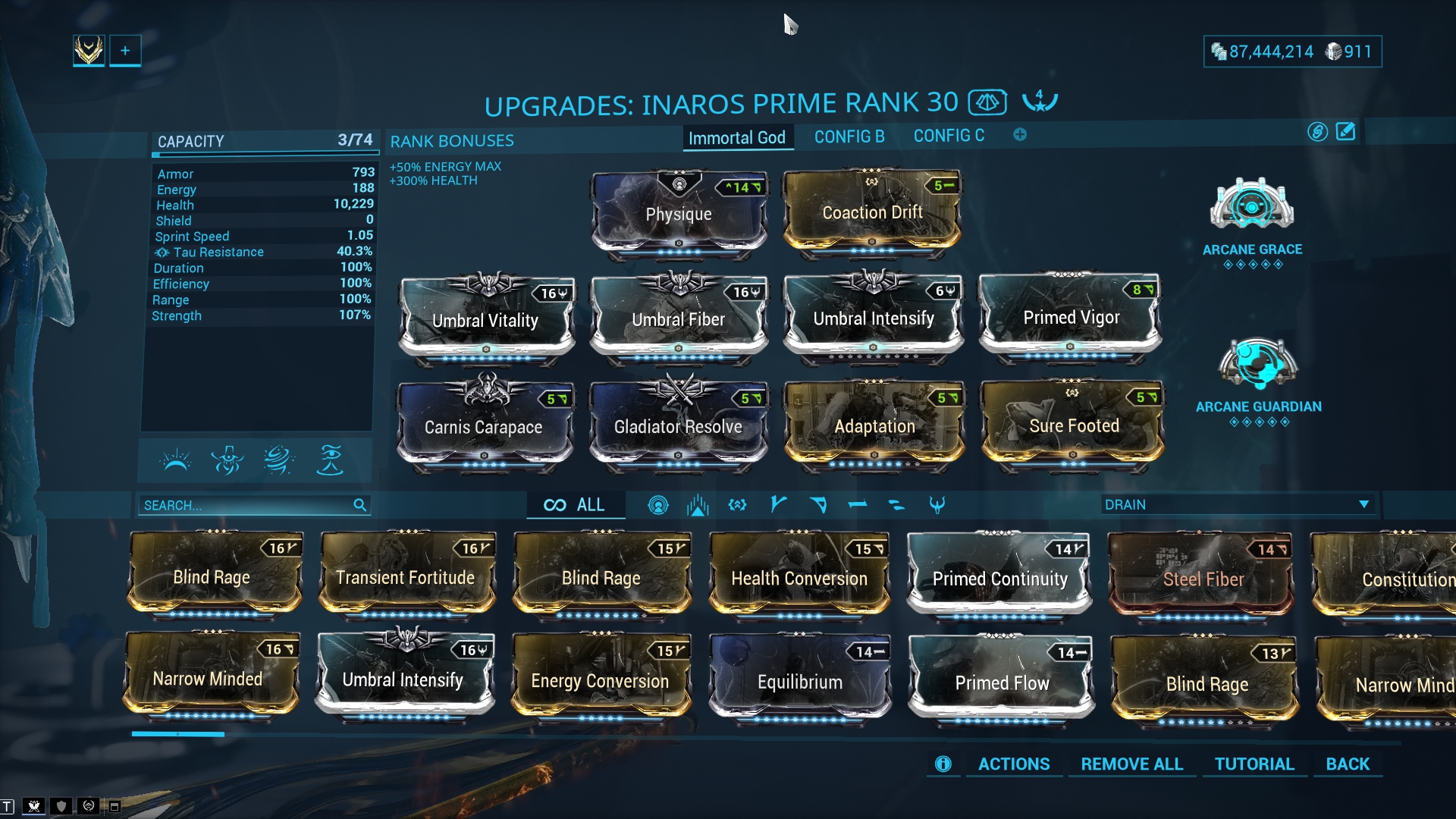