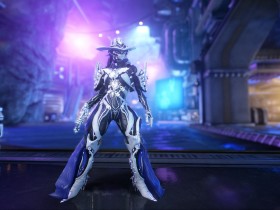 Mesa is a gunsligher through and through.

She is one of the most powerful damage dealers in the game and perfect choice for very specific tasks.

Missions like the quest to get the blueprints for the Protea Warframe can easily be done using Mesa while many other Warframes struggle with this task.

She is also a very good choice when fighting Sentients since her 4th Ability can easily kill those.

During Operation Scarlet Spear having a Mesa in the space team made the gameplay significantly easier and faster.

Whenever much damage is needed Mesa is a reliable choice.

Mesa gets a +50 health bonus if no melee weapon is equipped.

+25% reload speed for one handed sidearms.

When activated, this power stores damage caused by guns. When triggered again, that damage is channeled through the next gunshot.

Gives an ally extra damage while jamming the guns of nearby enemies. This power shifts between team members.

Envelops Mesa in a barrier of energy, reflecting back incoming bullet damage.

With intense focus, Mesa draws her Regulator pistols, shooting down her foes in rapid succession.

Actually you only need two of these abilities.

Ability 3, Shatter Shield will reduce incoming damage by up to 80% for 25 seconds. Ability Strength and further increase the damage reduction up to 95%. Ability Duration has influence on the time this Ability is active.

With Ability 4 Mesa can use her Regulator Pistols (which have to be modded). These weapons are extremely powerful. Base damage is 50 but can be increased by mods.

Ability Range and Duration do not matter at all for these weapons. Ability Strength and Efficiency matters most.

There is a 25% critical chance and x3 critical damage multiplier, 10% status chance and 100% accuracy.

As long the Peacemaker is active it will drain energy.

Ability 2, Shooting Gallery can increase the damage output of the Regulator Pistols.

While Peacemaker is active Mesa can not move. The Regulator bullets can hit enemies through Limbos Rift Plane (this makes a Limbo+Mesa team a very good point defense choice).

This build focuses on dealing as much damage as possible while keeping the energy drain low and the duration used for the damage reduction of Ability 3 as high as possible.

Arcanes Precision increases the damage for Pistols by 300% for 18 seconds on a headshot.

Arcane Velocity has a 90% chance to increase the fire rate of the Pistols by 120% for 9 seconds.

These Arcanes further improve the damage output of Mesa. 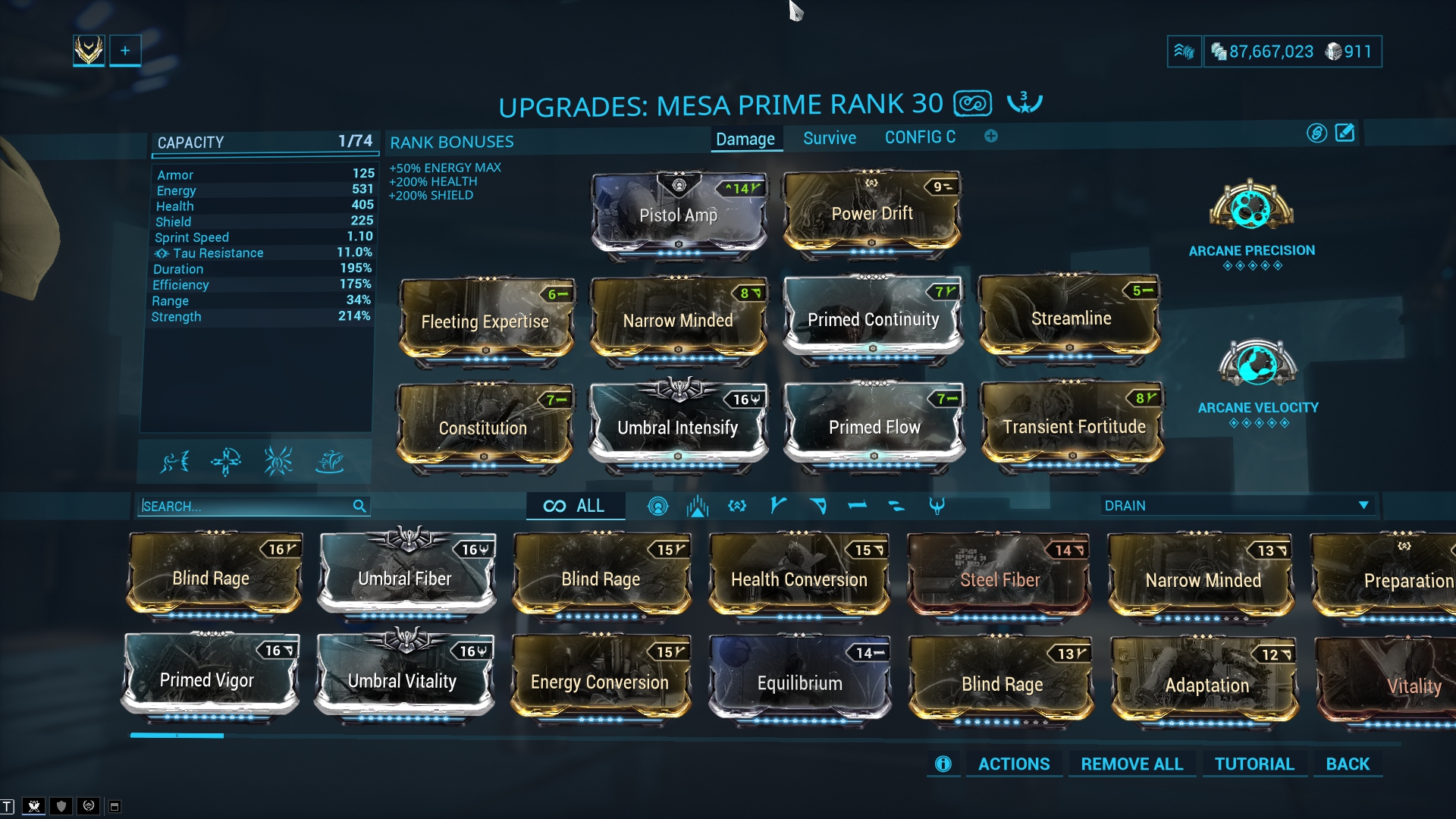 Same build as above with the exception that I have added a vitality mod in order to increase the survivability of Mesa. If you can ensure that Ability 3 is running non-stop you actually do not need this build. 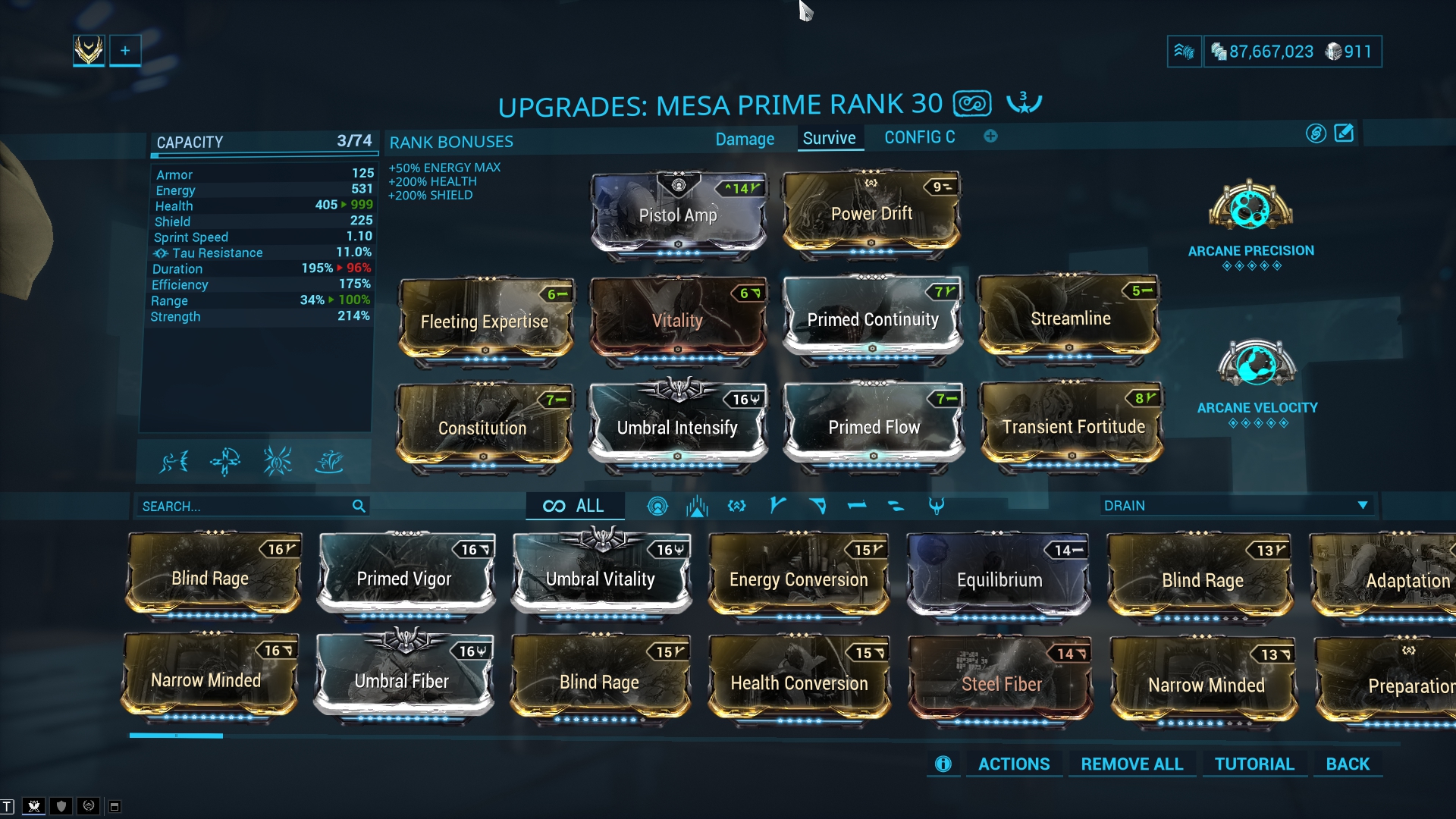 A Corrosive build for the Regulators. I don't think that there is much that can be improved here. 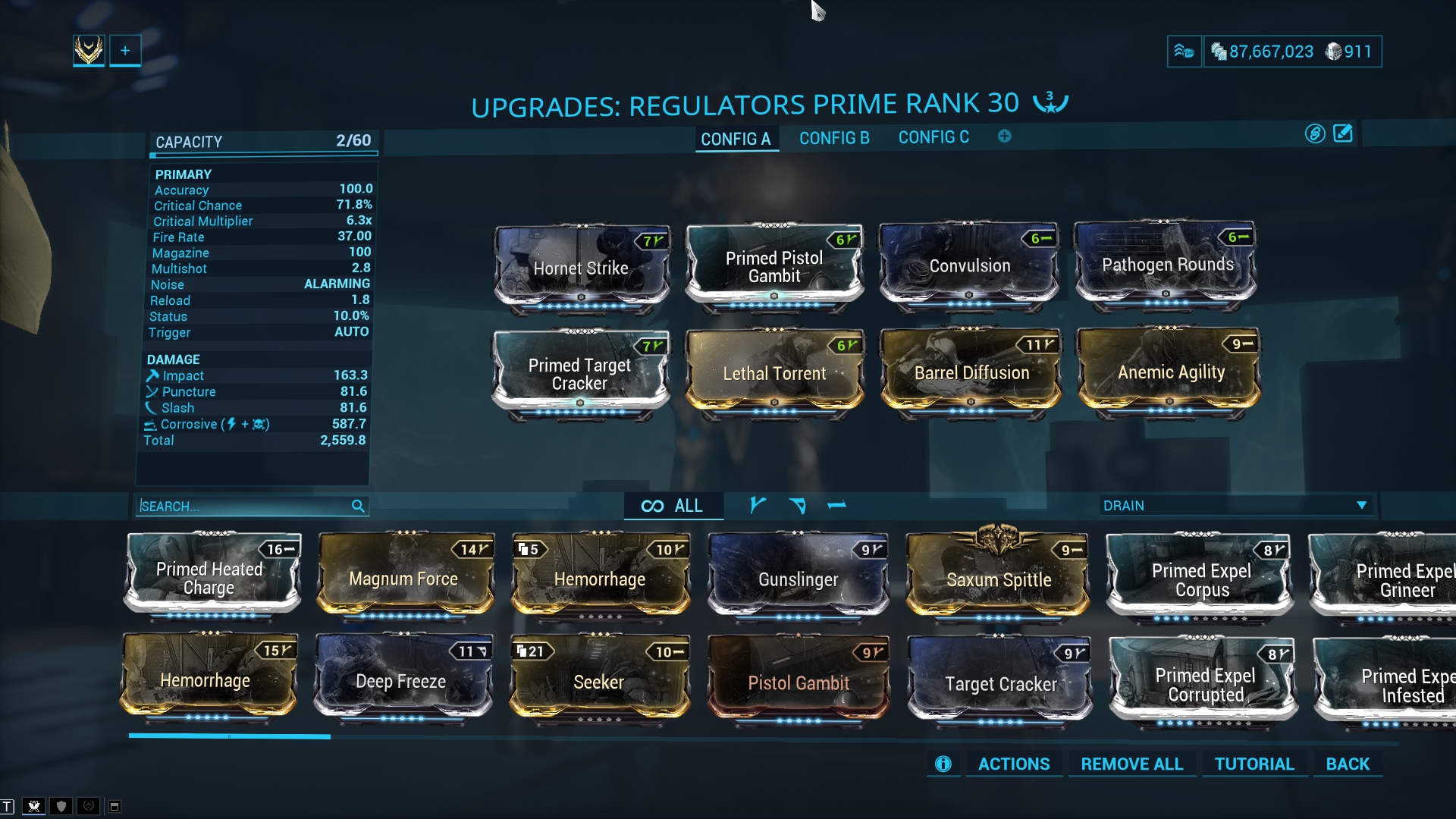