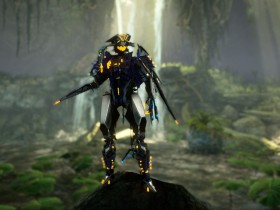 Zephyr not long ago received an update and is meanwhile a really good Warframe.

Her defensive abilities can maker her almost invulnerable to projectiles.

She moves very fast using her Tail Wind ability, which makes her fly for a short duration.

The Passive ability is an highlight that should not be ignored as it increases the critical chance of your weapons when airborne.

Zephyr is lighter than other frames which changes her airborne physics.

She also has a multiplicative 150% critical chance bonus on all equipped weapons based on the critical chance after being modded. This however only works when being airborne.

Launch a burst of massively dense air. Hold to send enemies flying, tap to pull them toward the burst. Damage increases per enemy hit. Near death enemies become open to Parazon finishers.

Hold while airborne to hover Zephyr with reduced movement. From the air, tap to dash forward, or aim down to dive bomb enemies below.

Creates a wind shield around Zephyr, redirecting all incoming projectiles.

Create deadly tornadoes that seek out and engulf enemies. Tornadoes deal the elemental damage type they absorb the most. Shoot engulfed enemies to inflict extra damage. Tap for stationary tornadoes or hold for wandering ones.

Tapping Ability 1 will let Zephyr fly into that direction. Holding that key will allow Zephyr to glide instead. This drains energy over time. While gliding you can press the button again to smash into the ground and cause damage to enemies in that area. The height increases the damage and Ability Strength also increases the damage.

Note: While being airborne her passive ability will grant your weapons a multiplicative 150% bonus on their critical chance. Utilizing this with the glide ability might massively increase the damage output of your weapons.

Airburst (ability 2) can pull enemies together if tapped or push enemies away if you hold the key.

Turbulence (ability 3) is Zephyrs defensive ability which can redirects all incoming bullets. As long as this is active Zephyr won't take damage. AoE effects and explosions still can cause damage to Zephyr. Combined with the "Jet Stream" Augment Zephyrs movement speed will increase by 40% and her projectile speed increases by 100%. This also applies to her allies.

The main damage dealer is her Tornado Ability.

A maximum of 3 Tornadoes can be created, which trap enemies inside and cause damage to them.

Tapping the key creates 3 moving tornadoes which follow the enemies (you also can use aim down sight to move the tornadoes into a certain direction).

If you hold the key 3 stationary tornadoes are created.

Shooting the Tornadoes inflicts additional damage to all trapped enemies. This includes all critical hits and status effects. All critical damage done is multiplied by 200%.

This build can be considered the normal to use build for most missions. The "Jet Stream" Augment increases the speed of projectiles by 100% and Zephyrs movement speed by 40% when using her Turbulence ability. Since this is the protective ability you are most likely using it non-stop. 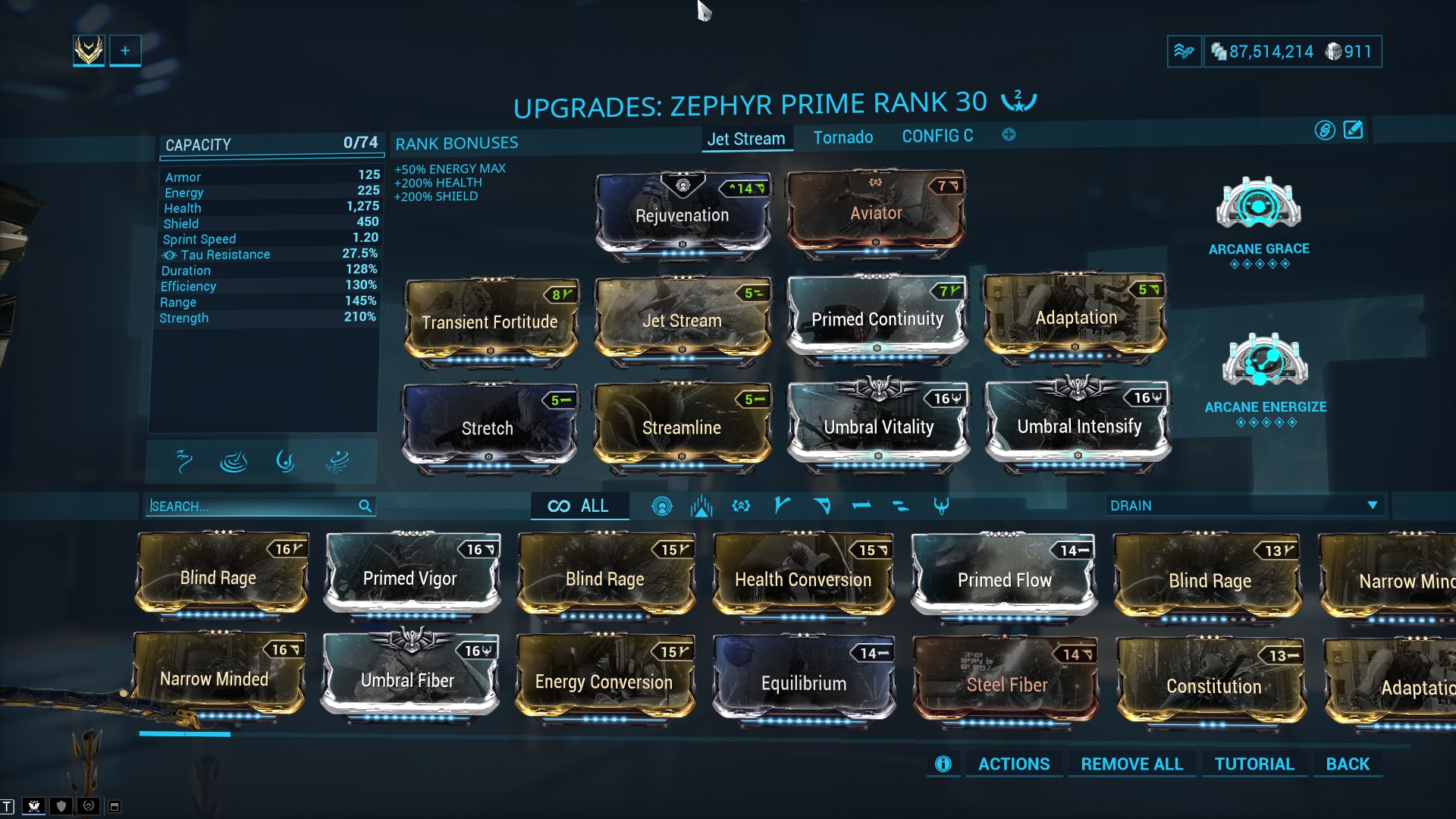 The Funnel Clouds allows you to spawn 8 tornadoes instead of 3 but these will have only 50% size and won't pick up targets. This might work on lower difficulty missions but since it removes your protection by picking up enemies it won't be that good on higher level missions. 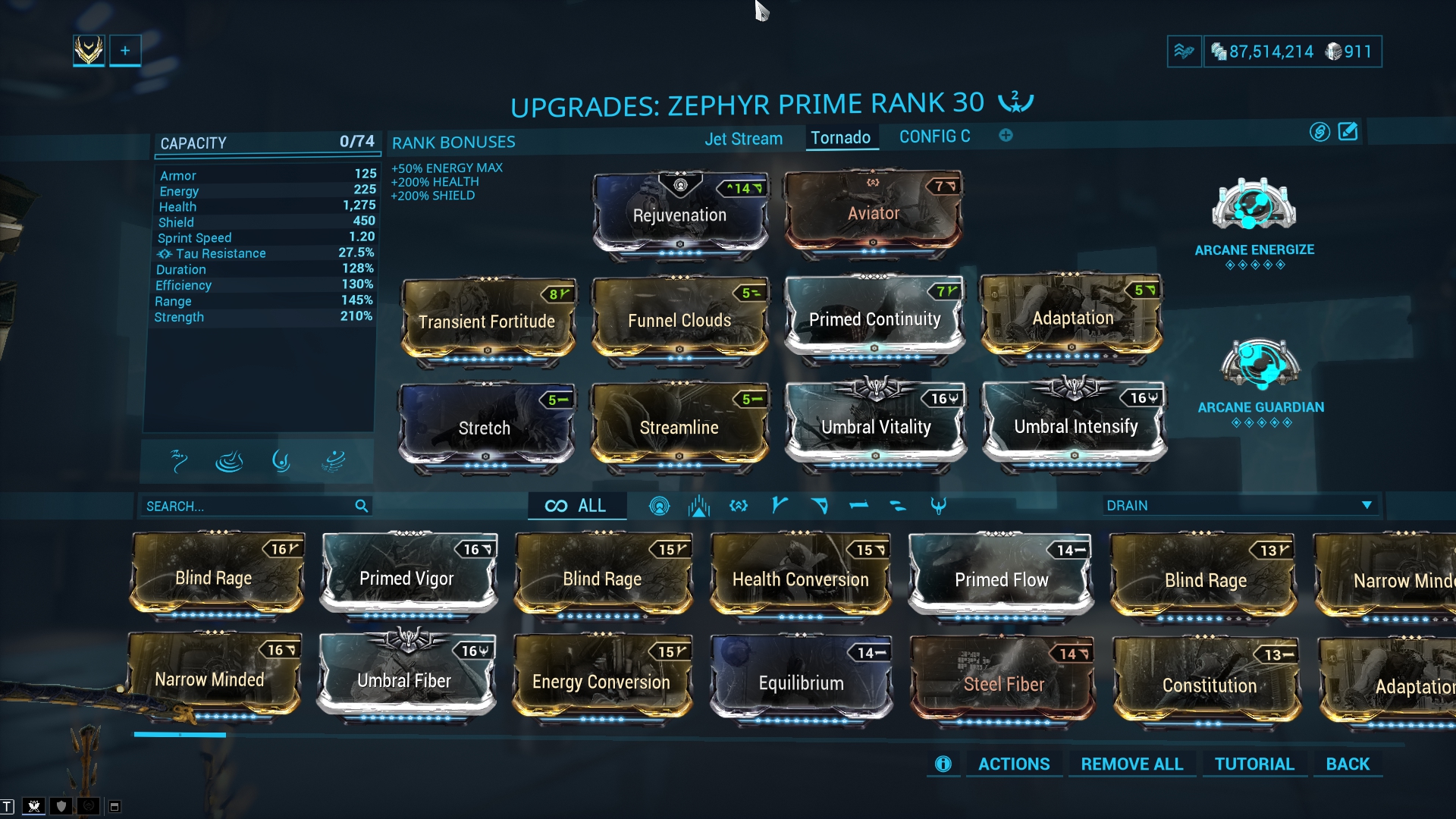