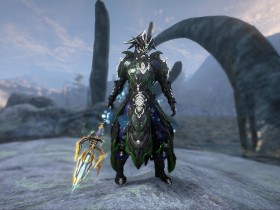 Hydroid is best at area defense and offers the option of getting 100% extra loot from dying enemies.

He is not easy to use and requires some knowledge and if possible access to the Magus Anomaly Arcane aswell as the Pilfering Swarm Augment in order to be used effectively.

Hydroid's melee slam attacks have a 50% chance to spawn a Tentacle that lasts for 15 seconds. The tentacle seeks nearby enemies to grab and thrash them, dealing True damage per second, bypassing armor.

Crash through enemies in a ferocious wall of water.

Target an area and call down a barrage of liquid fury. Charge this attack to increase the lethality of the onslaught.

Tap to spawn watery tentacles from all nearby surfaces to wreak havoc. Charge to increase the number of tentacles and spawn area. Use while in Undertow to have the tentacles emerge from the pool.

Ability 3, Undertow is the best damage dealing ability Hydroid can use. He turns into a pool of water and drowns enemies in it. While active the enemies won't attack Hydroid. The damage done increases over time which makes Hydroid even a valid option for high level missions. It would be adviced to use the Operator Arcane "Magus Anomaly" to group enemies together before using the Undertow.

Ability 4, Tentacle Swarm can be cast by tapping the 4 key or by holding this key to charge the ability. When charged the ability will consume twice as much energy but also increase the number of tentacles and the range of the ability by 300%. This ability uses magnetic damage and therefore is best against shielded enemies.

This build requires a high Ability Duration and a high Ability Strength. The other values only play a minor role. Important is the use of the Pilfering Swarm Augment to receive a 100% drop chance for additional loot when using the Tentacle Swarm ability. 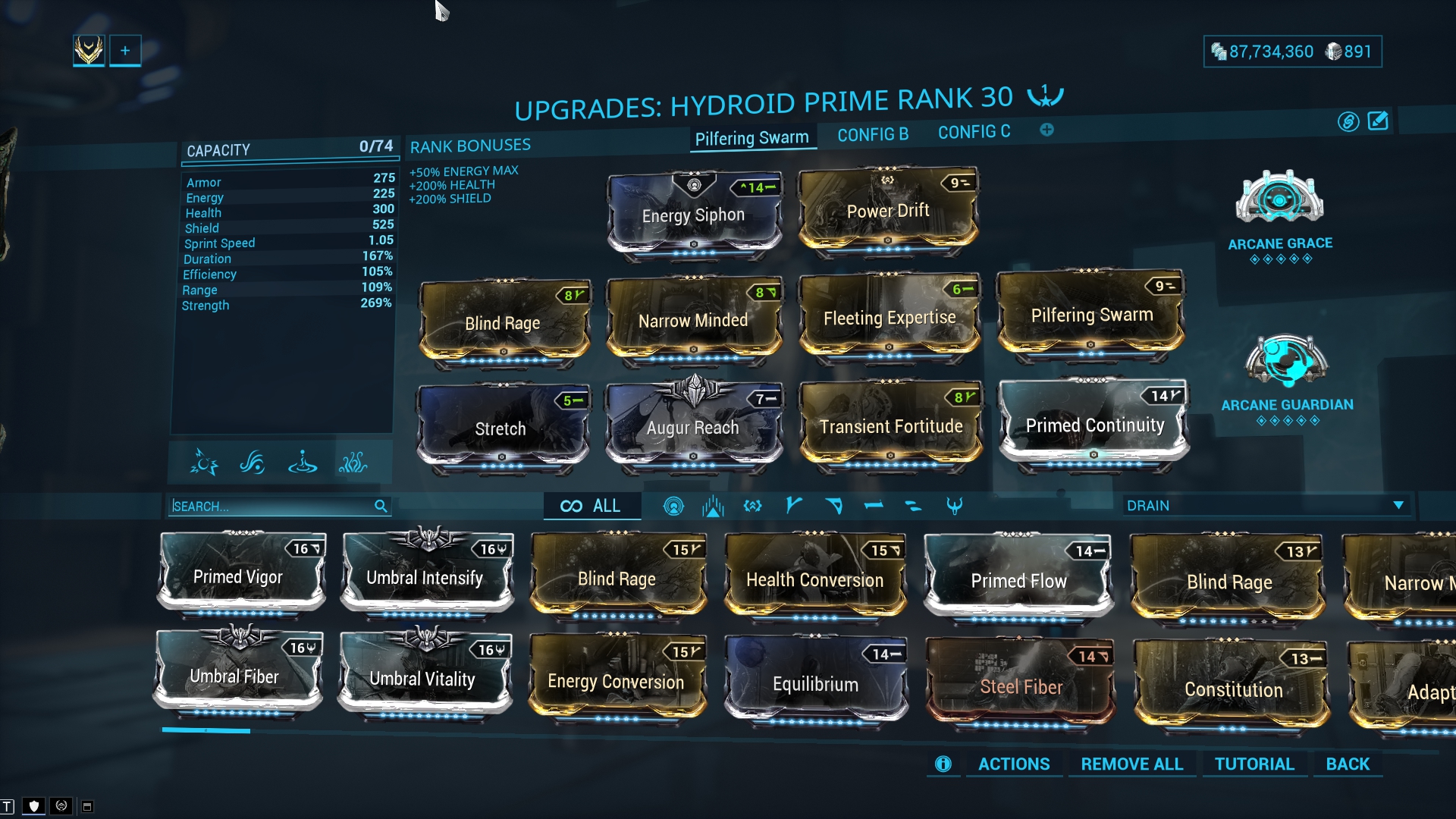