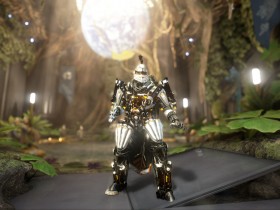 Vauban is the King of Crowd Control.

He can protect large areas and deal a significant amount of damage.

However, Vauban is not easy to use.

There are plenty of Ability Synergies you have to consider when using Vauban.

He probably has more ability variations than any other Warframe in the game, which of course does not make the choice what to use an easy one.

Abilities can be chained to make them more effective.

The fact that casting some abilities requires holding the key while other abilities work best when being tapped can be a bit confusing somethimes.

Vauban inflicts 25% extra damage with his weapons and abilities, against enemies that are incapacitated and unable to move.

Drop a targeting beacon that calls in a devastating laser artillery strike.

Deploy a roller drone that attaches itself to enemies and delivers bursts of arcing electricity to anything in the immediate area.

Cycle through four deployable mines. Tether Coil immobilizes and groups enemies together. Flechette Orb fires out deadly nails in all directions. Vector Pad accelerates enemies and allies in the pad's direction. Overdriver latches onto the nearest ally and boosts their weapon damage.

Erect a containment field to capture enemies and suspend them in stasis, stripping their armor. Hold to collapse all Bastilles into a single damaging vortex.

Vauban does 25% bonus damage on incapacitated enemies. How do incapacitate them? Use Ability 1, Tesla Nervos. Press the key or hold it to cast 4 balls which attach to enemies and shock them with electricity. This electricity damage can proc can spread to other enemies in range.

Ability 2, the Minelayer has 4 different mines you can cycle through when tapping the key. When holding the key the mines are being layed.

The second mine worth to mention is the Flechette Orb. This will fire into all directions and causes puncture damage to surrounding enemies.

Combine this with the Overdriver mine and the passive buff in combination with Ability 1 and you can increase the damage output significantly.

Ability 3, Photon strike is fun to use but is actually not very powerful.

You can call an artillery strike that deals a bit damage in an area. Like I said, fun to use but not really good.

Ability 4, Bastille when being tapped lifts enemies into the air and strips armor from them. If Vauban stands in the area of Bastille that enemy armor is added to Vauban and his allies (up to 1000 armor which results in a very big damage reduction).

Combined with the Flechette Orb this causes significantly more damage to enemies, especially on high difficulties.

The Bastille eventually will collapse into a Vortex which is trapping the enemies for the remaining duration.

Alternatively you can hold the 4 key and collapse all Bastilles manually or hold 4 to create a Vortex instantly if no Bastille exists.

If the Augment "Repelling Bastille" is used there is a 100% chance to repel an enemy every 4 seconds. Additionally to that the uptime of a Vortex can be increased by 70% if you cast a new Vortex on it. This way you can add more and more duration on the Vortex.

Ability Duration and Range are the most important values.

Vaubans Abilities can be combined to create even more powerful effects. He certainly is not easy to use but if done right he can be one of the most power Warframes you have played.

At the end of the video above you can see how powerful his Flechette Orb can get if you combine some of his abilities. It melts these heavy armored level 180 enemies with ease.

This one focuses on Ability Duration and Range to keep Abilities like Minelayer and Bastille running as long as possible. The "Repelling Bastile" Augment increases the duration of Vortex if another Vortex is created directly on an existing one and repels enemies inside Bastille once every 4 seconds. 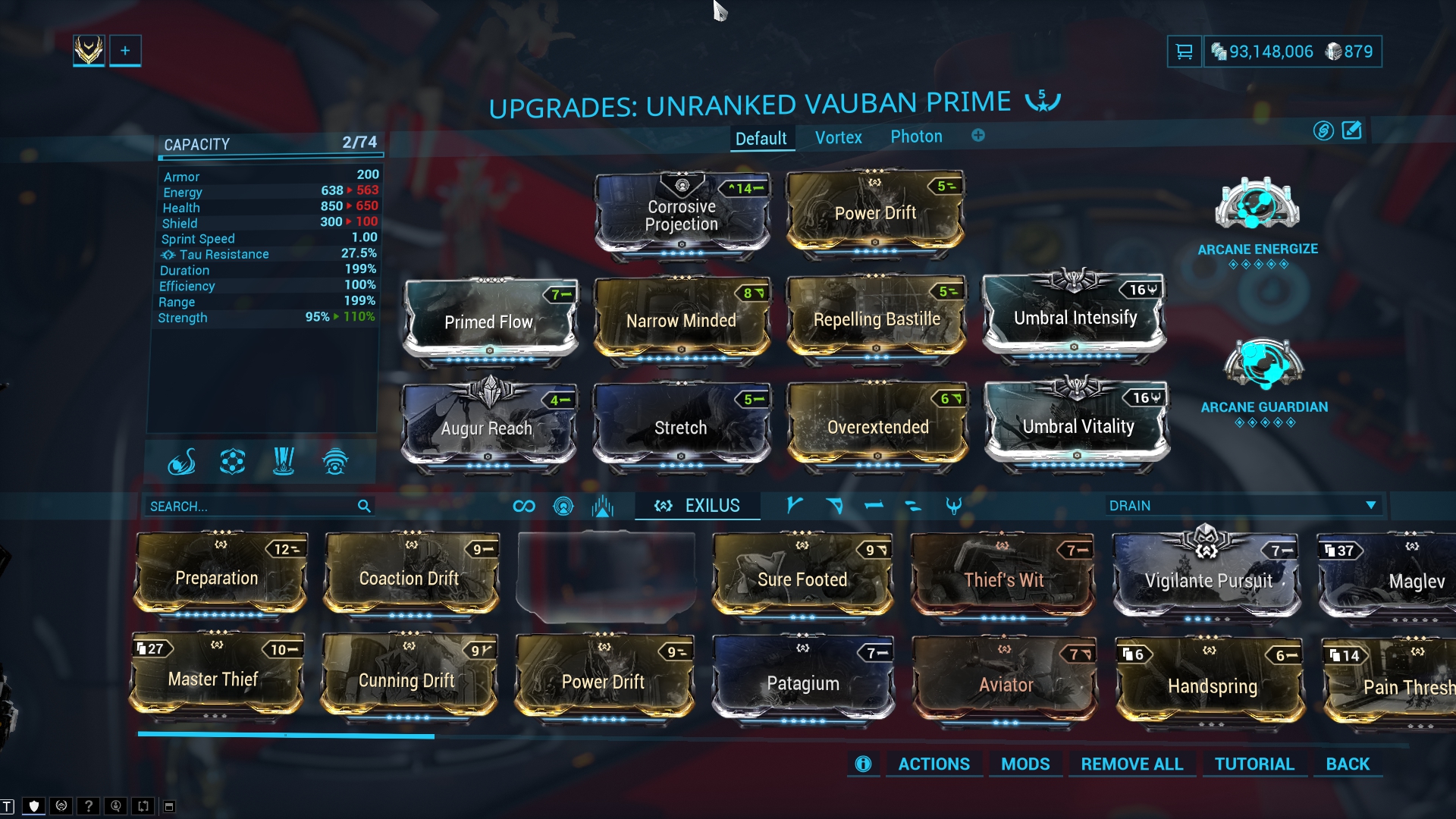 This build works very similar to the build above but has a higher efficiency in mind as it solely focuses on the use of Vortex instead of Minelayer + Bastile. Therefore Ability Strength is not important since Vortex does not benefit much from that. 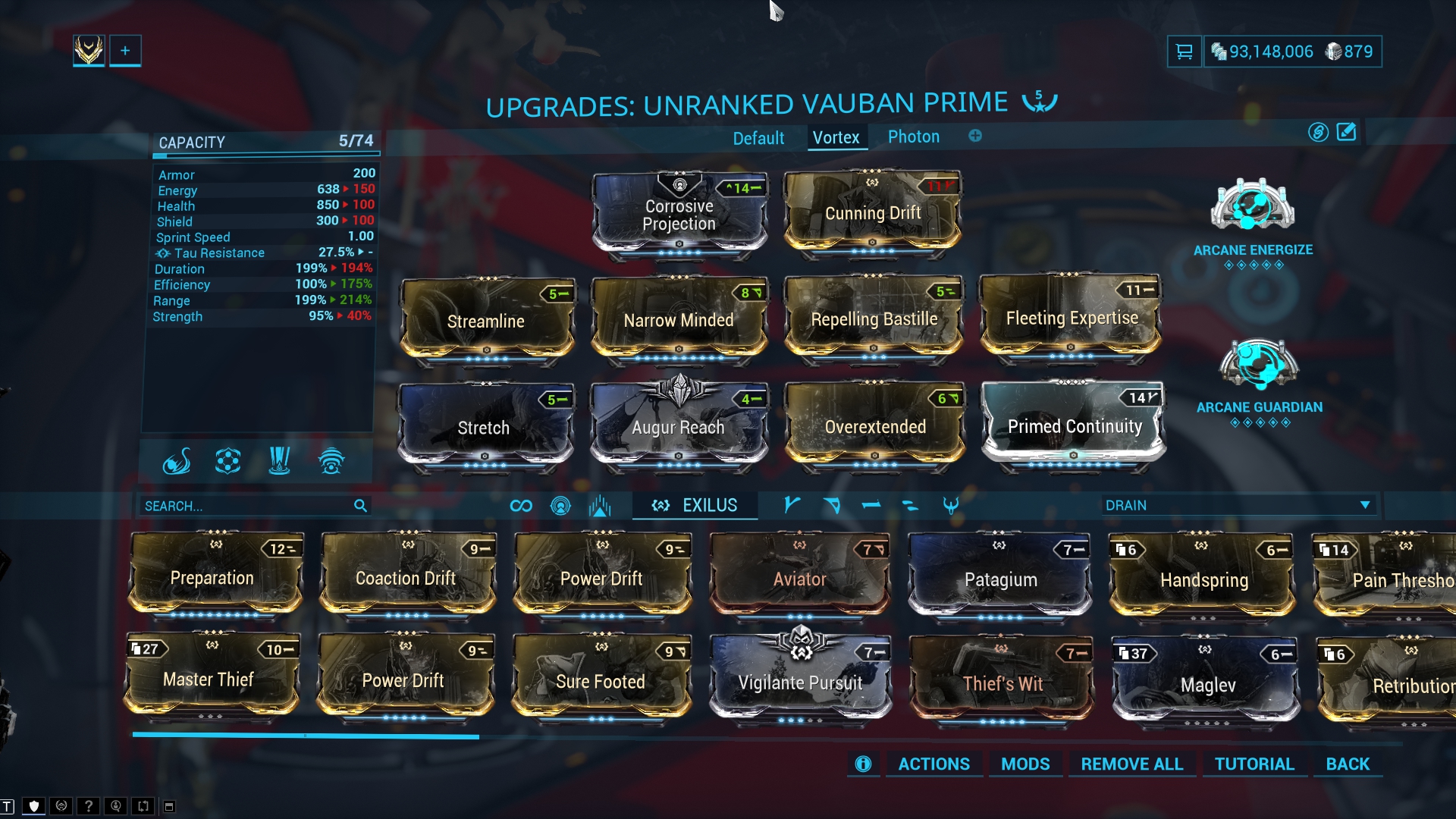 The Photon Strike build does not need Ability Duration since this Ability is cast and then executed instantly without any duration timers running. High Ability Strength would ensure that the Ability does a good amount of damage. Ability Range determines the blast radius. A fun build but not very effective on higher difficulties. 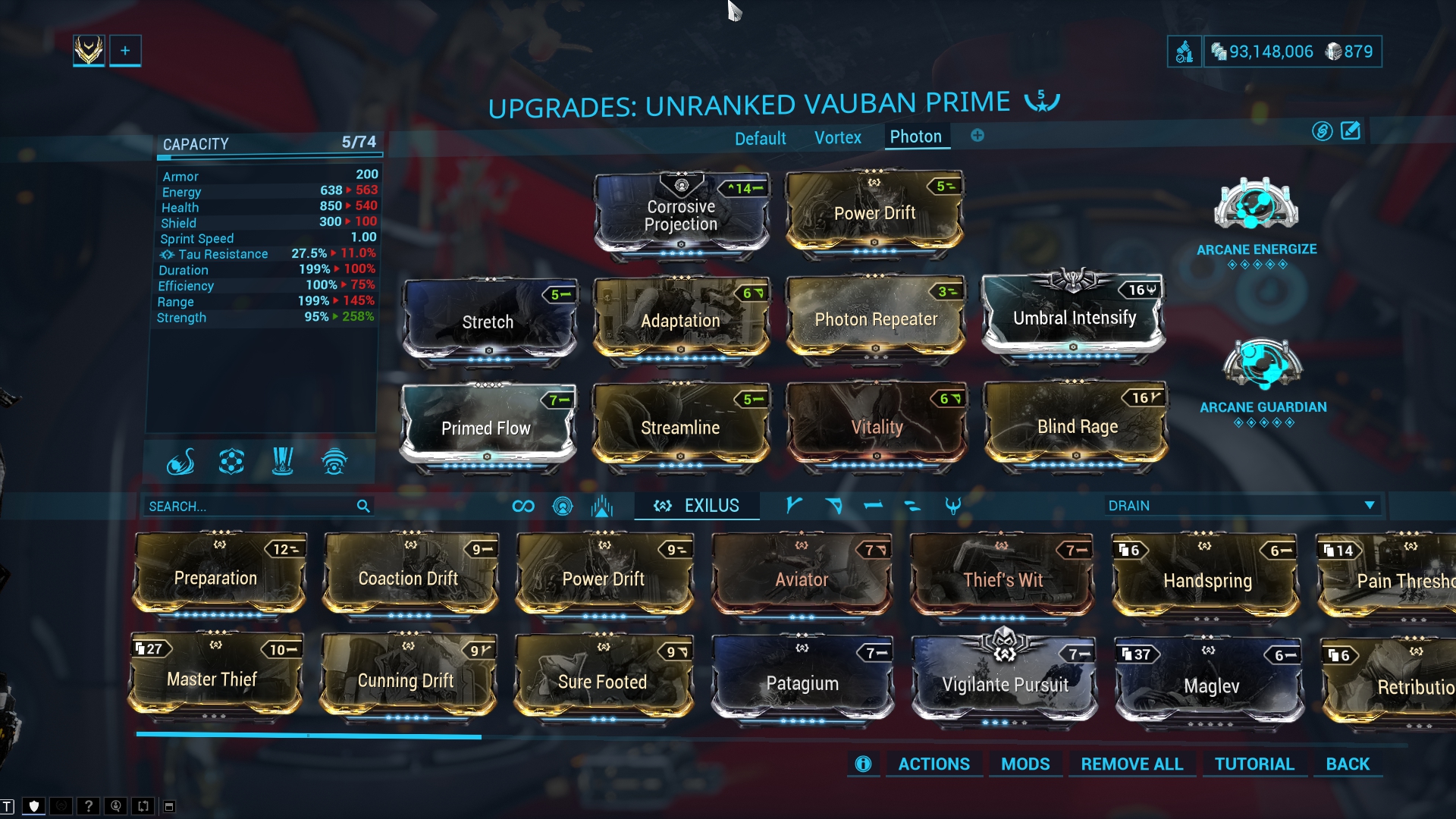