The in 2019 released "Lost Fleet" update opened opportunities to release more story related content for Freelancer Crossfire without interfering with the main story of Crossfire. The new focus was set primarily on the Sol Sector and we have started to introduce new bonus missions based on this specific region of space. The result was the re-introduction of an old/lost faction and the discovery of many new systems, all of them with a very unique style.

Lost Fleet ended with a cliffhanger, with the player being stranded on a space station in the middle of nowhere.

New story content will explain left open questions and introduce a new threat, not only to humanity.

More detail work will be added to the previously introduced "Lost Fleet" content, while players finally can get their hands on previously restricted ships via a new event-type multiplayer feature.

Blackstar will be released in January 2020.

I am aware that players on our Forum and our Discord server speculated with an early release for X-mas 2019. That won't be possible.

The amount of new content unfortunately won't allow us to release it any sooner but the final result for sure will be worth the wait.

Another big update called "The Colony" will be released in summer 2020 followed by another, yet unnamed story update in Q4 2020. More info about that later. 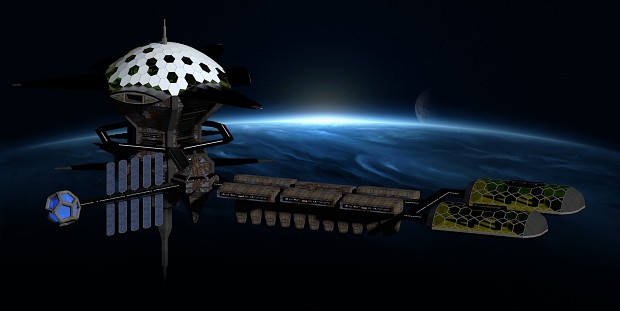 I'd like to thank the Crossfire community for their ongoing support.

It is amazing that after almost 17 years people are still enjoying the game and help us to make the game even better.