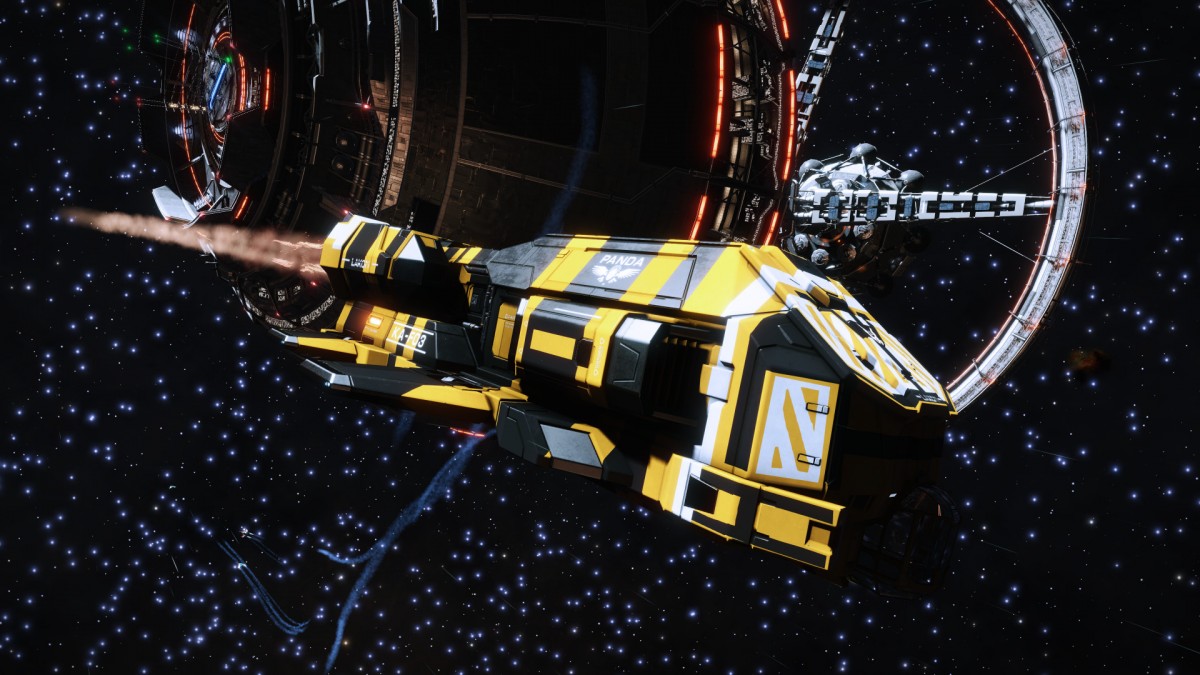 Today I had only limited time, but I wanted test how, or if can be 'Type-7 Transporter' used for mining. Transfer of the ship from the Bubble was successful and FDev have finally created serie of new paintjobs for this ship ... I've purchased one of them which fits Karina's style.

After short testing I need to say that this ship again surprised me. She have only four small hardpoints, but with 1-2 mining lances and two small mining lasers can be very reliable and cheap mining vessel. Cockpit offers awesome view around (all ships from T serie have such one), ship is quite decently agile (and this in normal space and also in supercruise), have big fuel tank and have enough internal slots for this type of operations. And also very decent cargo space (3x lvl6 cargo slots = 180t of cargo ... ship setup). I would say that for new players is this vessel nearly perfect if they learn its limitations (average speed and shield, large landing pad), but can be used for transporting cargo, passengers, mining and also exploration.

... in deep space are all systems with pristine reserves of minerals so you can expect asteroids rich of mineable ore.