Mirtrak Battle Station, Weth.
Stagnation does people no good. But fighter craft suffer it even worse. If "Stranger" had a sentient AI, you could've asked it. But if my ship had a sentient AI, it would have vented me into open space soon after I got addicted to Inner Core fighting, for putting the poor old heavy fighter's hull through hell several times - or for sitting at one base for weeks straight.
Of course, since I did not want my ship failing me, I needed to do maintenance more often than usual. So when Flyagin's message flashed up on my personal console, I was running diagnostics of the ship's engine block. Since it's a zone close to a ship's fusion reactor and a zone that regularly is in contact with high levels of space radiation - among other things - I was wearing an exoprotection space suit. When I was done with checking out the engines, removed the suit and took a decontamination shower (just in case), Canteen was busy trying to melt my console down under a stream of phone calls. Note to self, change the ringtone. If Flyagin learns that I've got "The Price Of A Mile" starting up when he calls, I'm not sure how he'll react.
Taking up the console, I activated the link.
-Ajay, where the hell have you been? - Canteen asked, without greeting me. I didn't mind that. Even with the rank gap the size of a Nomad Strike Carrier, one does not feel compelled to partially put away subordination after so many missions. To be fair, it was him who took first steps forward. I just followed suit.
-Engines maintenance - I replied. - What's the matter?
-You sound like you've had quite a drinking yesterday. You tried to quit, remember?
-I did - I said. - Had nothing to do yesterday, sat in the cargo bay for all day long.
-Ajay, you need to get a girlfriend - Flyagin said with a laugh, and before I could snark back, continued - And before you say it, "Stranger" doesn't count!
I laughed too.
-Okay, Canteen, it's obvious you've called me not to fix up my non-existent personal life. What do you need me to do?
-Ajay, we have heard that Dom'Kavash have some sort of a naval construction factory in Whyr system. I need you to scan it.
-What if Dom'Kavash don't like it?
-Remember that mission in Gurm when that pack of sensors was installed?
-Yep. It's still there.
-Launch your ship and open a connection port for my console. I'll launch a scrambler and try to scan whatever that is.

-So, here we are, Whyr system. Do you know where that facility is?
-Negative, Ajay - my CO said. - Fly around the system.
-Clockwise or counterclockwise?
-Your choice.
I reached for my pocket and produced a six-sided dice.
-4+ is for clockwise - I said and threw it on the console table. - Just dare to do that next time my Leman Russ Executioner rolls to-hit[1] - I said, when the dice stopped rolling to display a single point, then picked it back and called a navmap, placing a set of waypoints counterclockwise around the center of the system.
I did not have to wait for long.
-Here they are... What? - Canteen said. By the stars, I don't remember the last time I've seen him shocked.
I could understand. Until that moment I didn't know there were Nomads in the Inner Core. 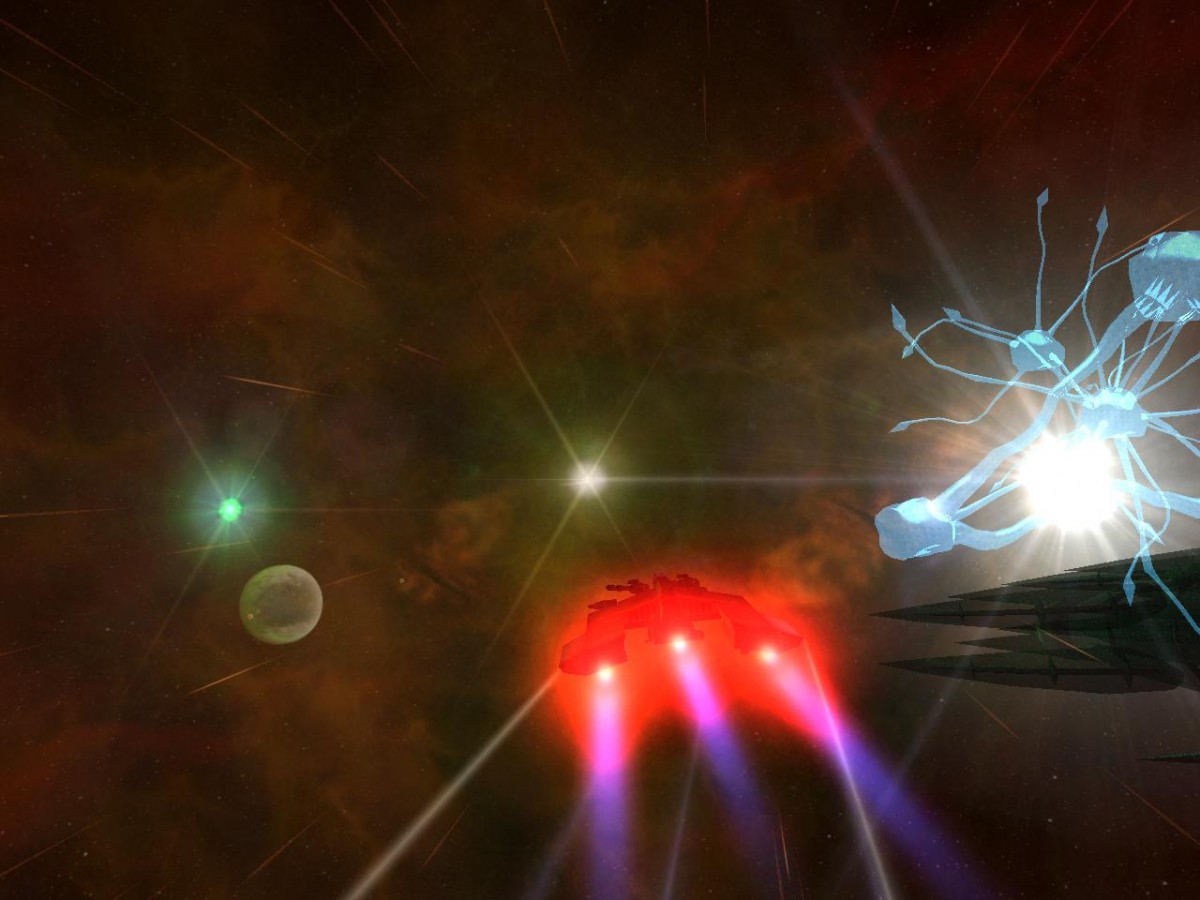 -It appears to be station and two battleships of some strange class. Possibly 'Reapers' - Flyagin said. - Oh, and they're locking you as target.
-Yeah... Launched your scans? - I asked.
-Yep. The station is... "growing" the Nomad ships. Now... why are they here? Why are Dom'Kavash building them?
-Well, the most obvious theory. Dom'Kavash are thinking to betray us. Reasons unknown, as I said, just a theory.
Canteen smiled through the video link. This time I've finally repaired my own camera, so he was witnessing me taking another sip of tea.
-I don't need reasons. I just want to know all those theories you have in mind.
-Well, here they are - I said, putting tea cup down. - Another theory: contingency plan, for the fall of Weth or our treachery they can be possibly expecting from us. I'll stay out from the battleships' turret range so you could scan them. 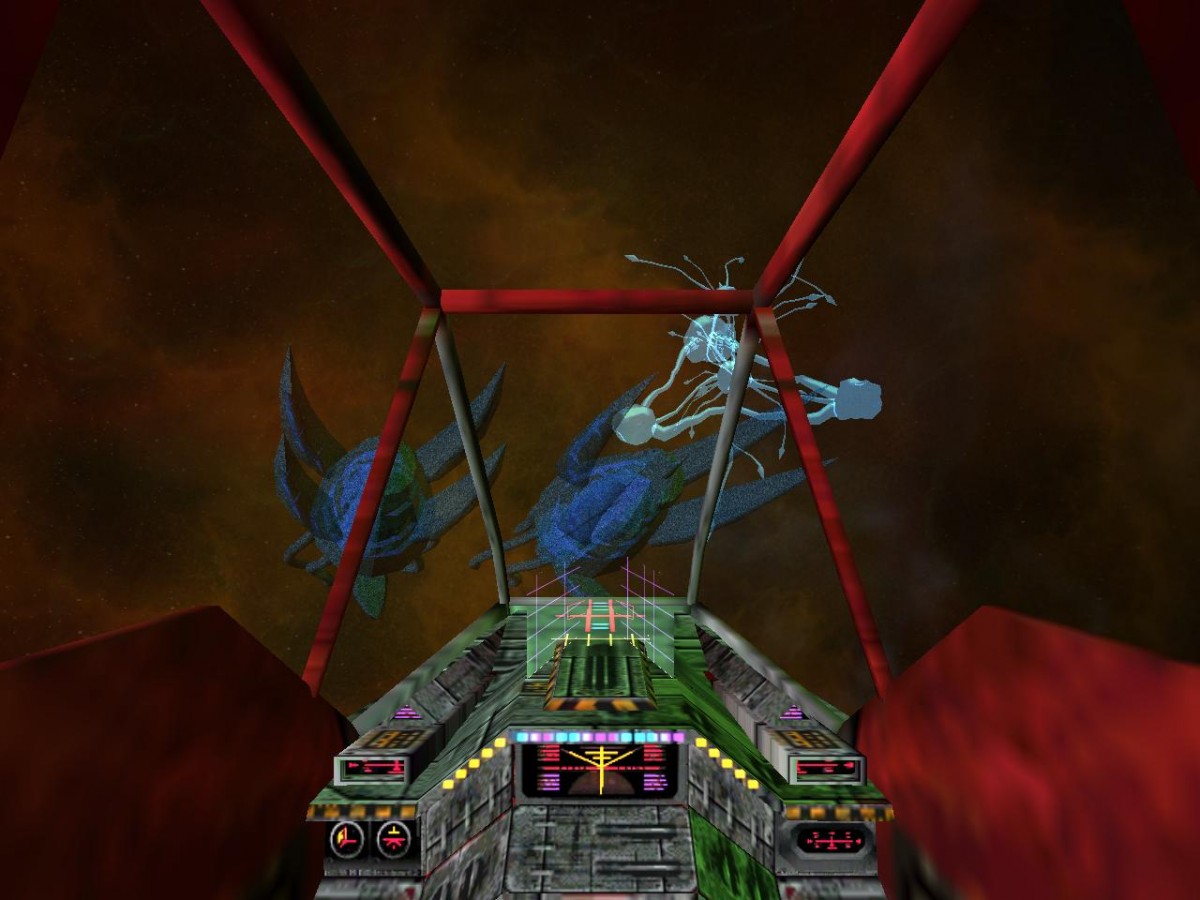 -Scans complete - Flyagin finally said after some time. - You can head away. Some other time you'll be in this sector, scout other systems. For now, head to Sirius, Nephele system.
-Hmm? What's the matter? CNS Stalin's wreck?
-You'll know, in due time. But for now, I'll leave a cryptic hint - he said. - Lost, forgotten and wayward our brothers may be, they're still our brothers.[2]