Preparation
Here I’m now. After hard working days with farming criminals, taking part on such helpful events like Nomad Hunt or the daily Tour through the Universe,
smuggling BMG‘s, rescue the president and collecting secret discs I was able to finished my VHF with the best equipment I could found. 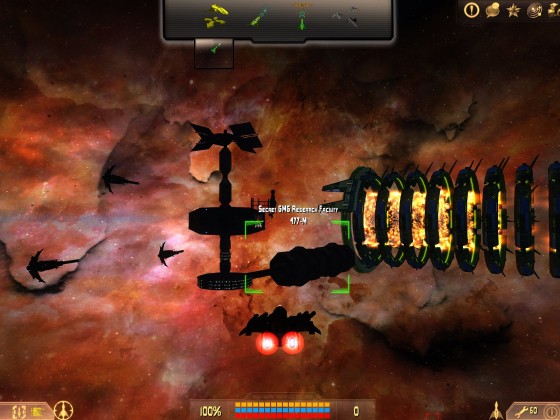 Sure, not all of the expensive stuff was needed but at the end helpful in some way. I tried many of the nice fighter which can found in Sirius or Altair and choose the Iguana because
it’s a small ship and I had the feeling that I get not so much hits especially during that Dervon adventure were I was surrounded by these f* drones. 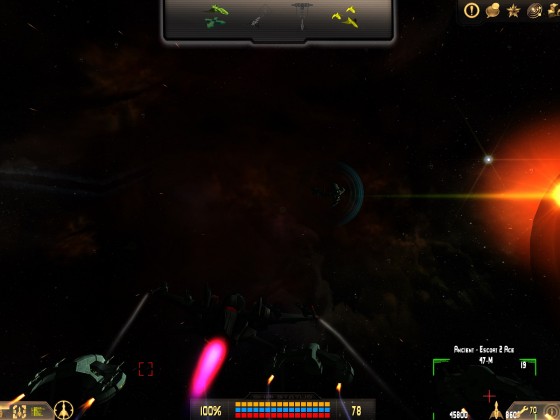 Without my super Advanced Hydroxin Thruster I would have been lost for sure. Thanks Ainu Depot for selling such helpful equipment. Yes, it’s damn expensive but worth every credit.
My setup for now is: 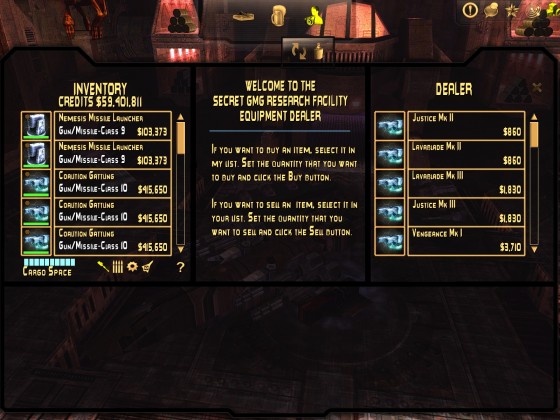 .
Guns and Missile Launcher are available in Altair. Rest of the equipment was bought in Sirius.
Btw, all information about the needful things I found easily in CF Wiki…my “holy Bible” with regards to all the diligent Authors at this point. 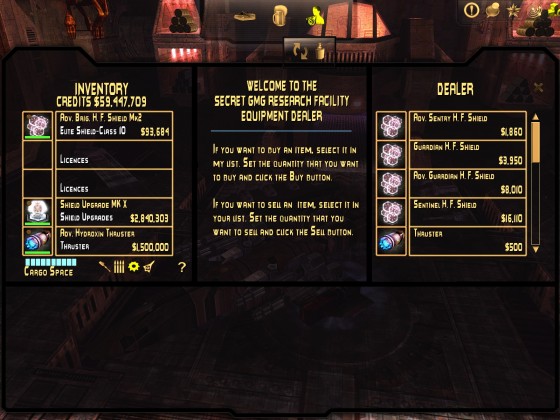 Some people may say “why he choose the Adv. Brigandine H. F. Shield MK II instead of the Adv. Champion H.F. Shield one?”…well, is like choosing the ship. Sometimes the feeling is winning against the technical values… 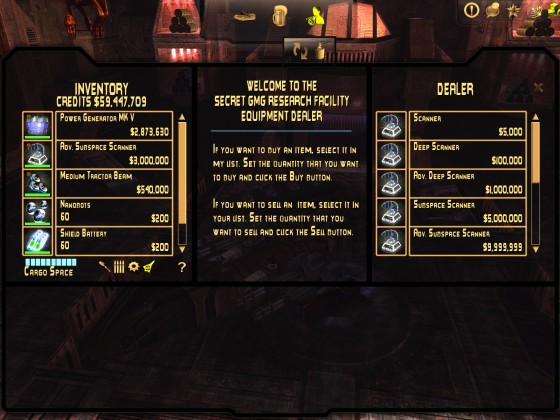 …and additional the Armor Class 10.
Well prepared to do the next step....entering Inner Core Sector and find the way to Weth.....

……well prepared and full armed, I start my trip to the Inner Core System Inner Core Sector
trough that huge eightfold Donat and let Sirius, mankind, Juni and that f* bounty on my head behind me...don't realy know what is in front of me. 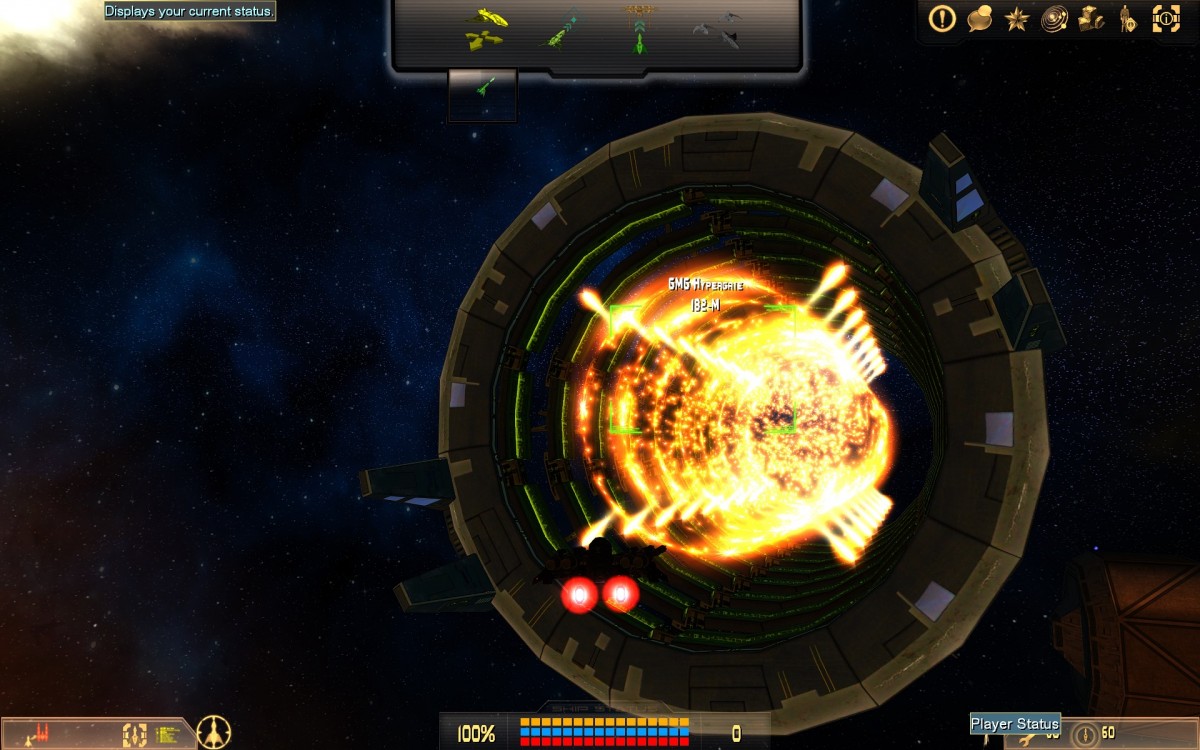 Entering Hypergate, access granted….My Iguana, the name is “Intercepter”, is back and forth, I see one tunnel after the other, my eyes rotating like Murmansk
and the drawer for the breaking bag is empty....’no pictures, please’ was the last thing I remember before I was awakened from a nice melody….
…”Inner Core” I read after cleaned the instruments. So here we are. My first thought:

“Sounds like heaven, could be hell – stay alert in Inner ‘Cell’ “ 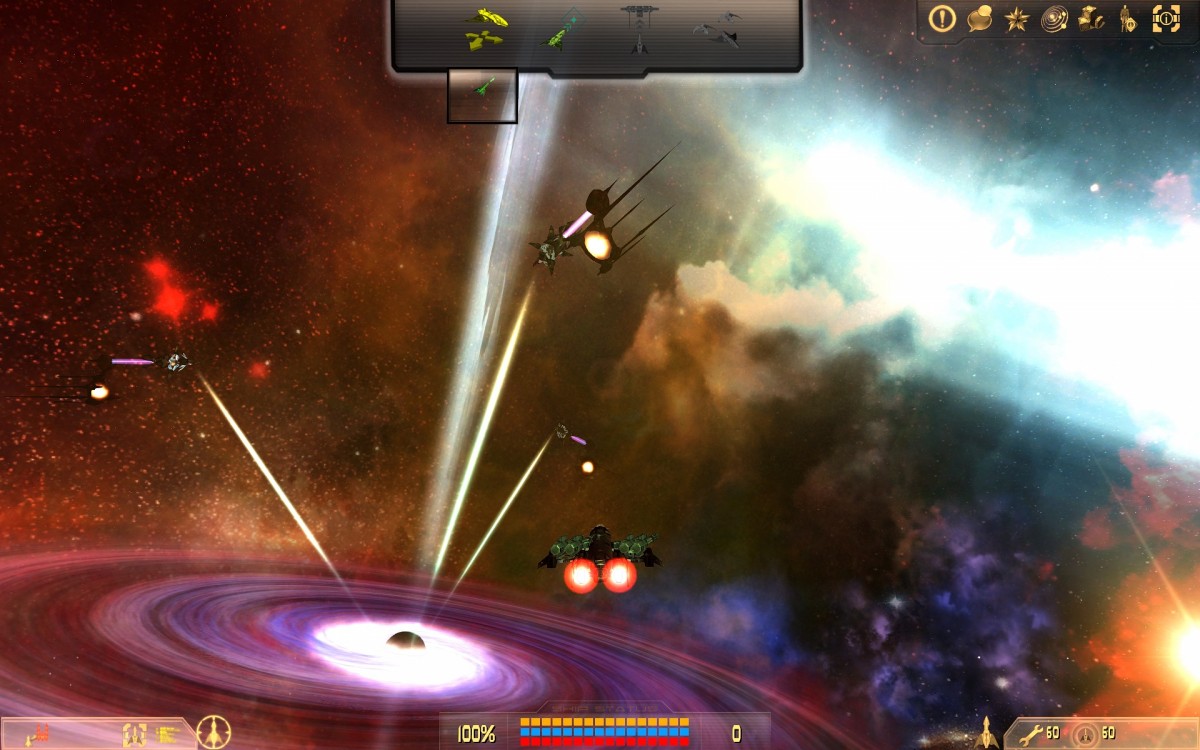 Amazing that giant installation, yes indeed and the deadly black hole beside me is waiting for the dessert after the Orilion Wrap some months ago.
It’s better to set up a conservative course around that endless eating sack. 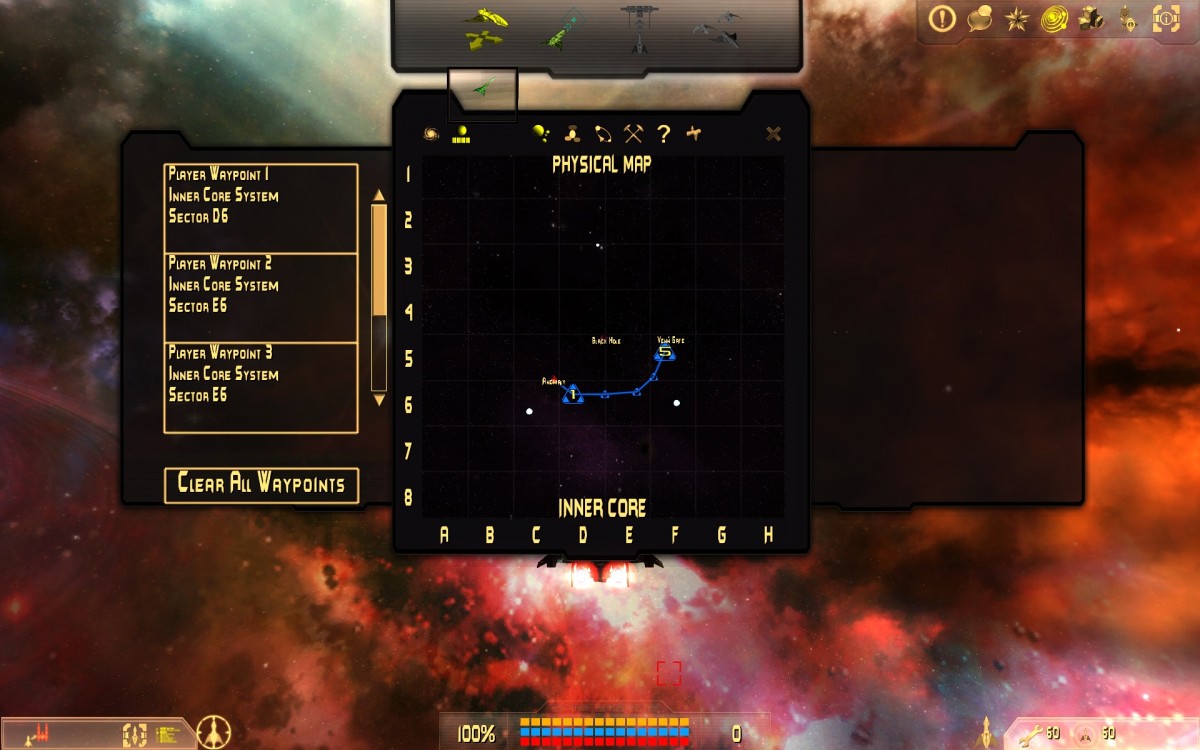 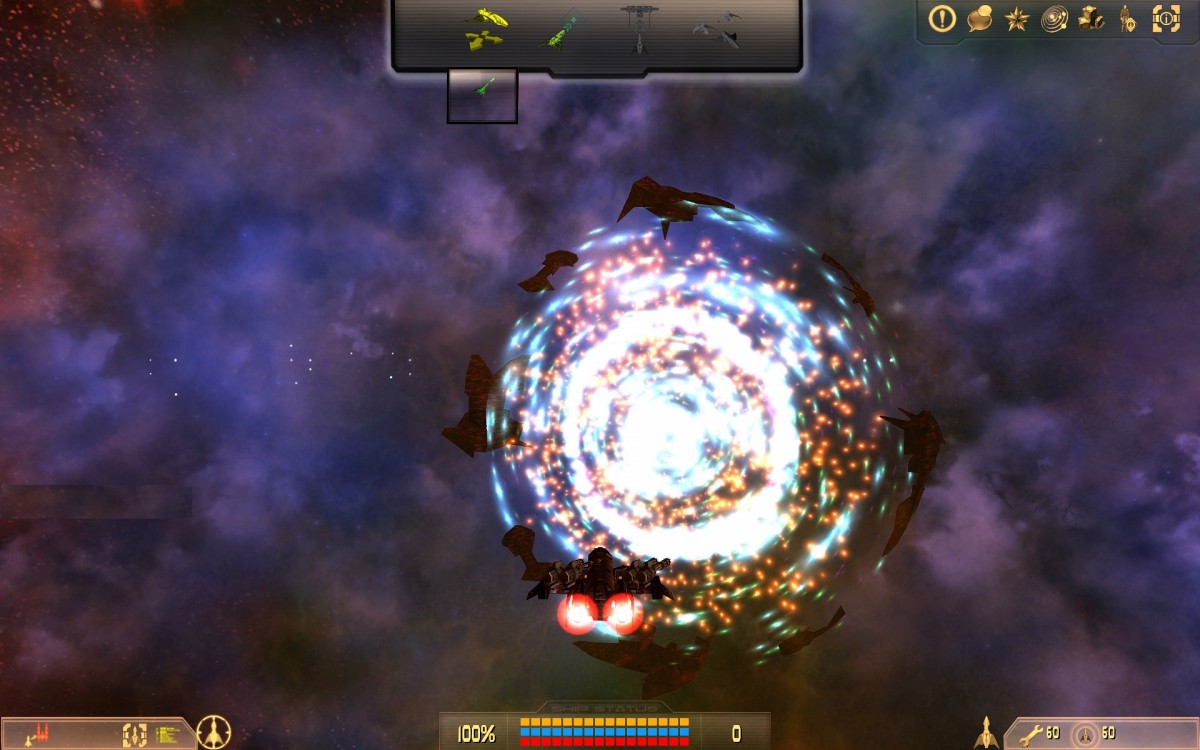 Some minutes later I arrive the Venn gate which is bigger than expected…time to breath deeply and enjoy the music….still I can….