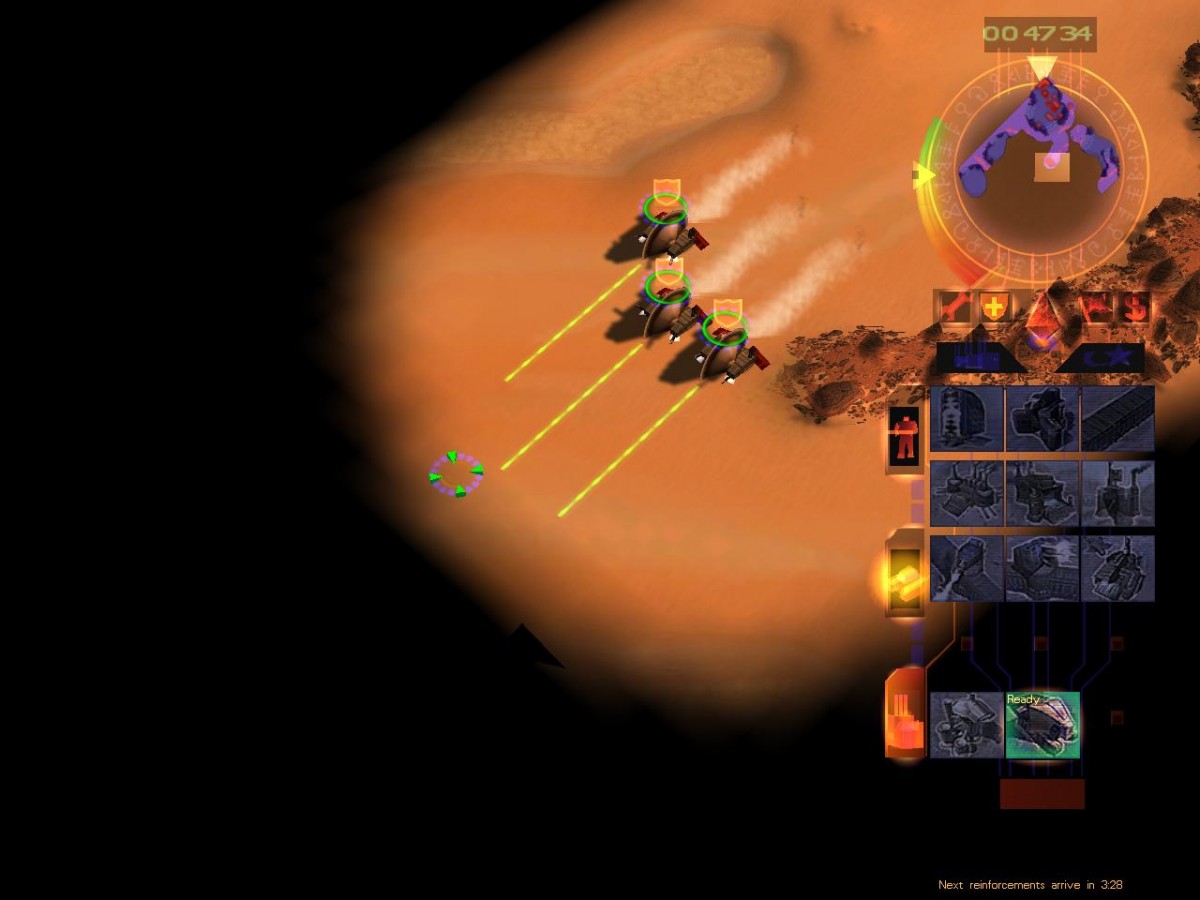 One of the most unusual vehicles in the game IMHO is the Buzzsaw. A fast scout vehicle armed with two machine guns, it propels itself by utilizing a single spinning blade as a monowheel, so when enemy infantry is involved things get messy. It also destroys any spice it passes over, allowing for scorched earth warfare by denying the enemy resources.

All things considered it's not hard to guess which house uses such a horrific weapon.