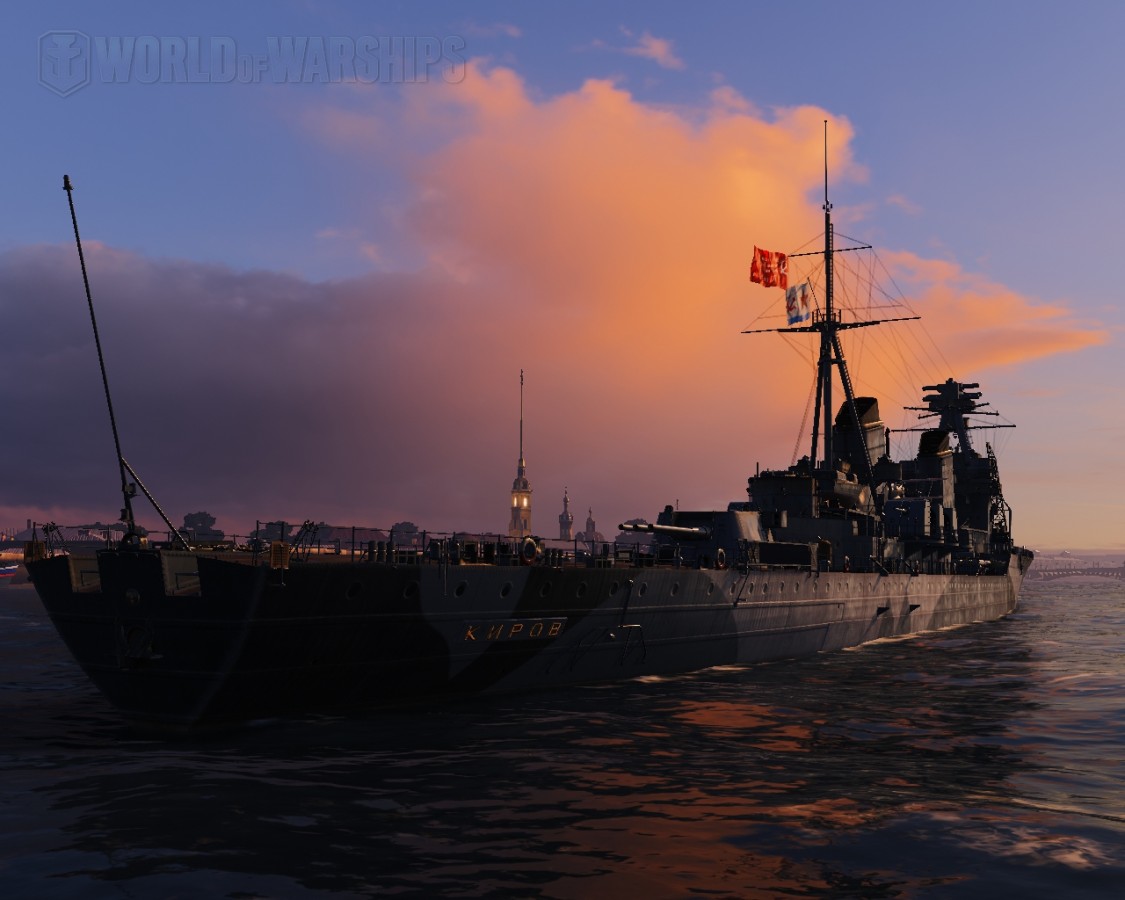 Just a beautiful screenshot I found in my WoWS screenshots folder.

One of the things I absolutely love about World of Warships, is the Port interface - mainly because:

a) There are many Port backgrounds. Besides basic Ocean port, there are backgrounds of various places such as Hamburg, London, New York or Saint Petersburg (this one). Naval Base and Designer's Table also have ships drydocked/on a stand respectively, so you can see their underwater parts.

b) You can make no-HUD screenshots like this one. Just hold the right mouse button as you move the camera. You can then use the screenshot as a wallpaper.

c) You can zoom in to various weapon emplacements on the ship (or aircraft on a carrier's deck) - from the main gun turret to an AA machine gun on the superstructure; as long as that emplacement is counted among the ship's armaments.