(FOREWORD: Date and time are negotiable. However I said earlier that I planned to hold this at 14:00 Server Time.)

MISSION OBJECTIVE: Head into designated area and attack and destroy Warrior and Dom'Razak units. Depending on the size of attacking groups, either attack as a single force or split the group and attack from two directions. 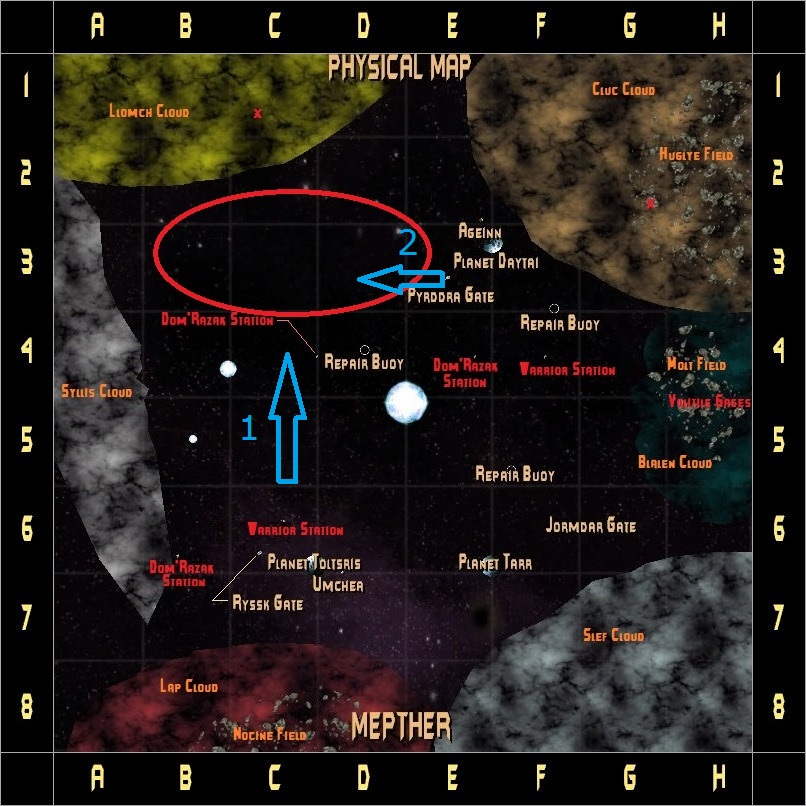 1 - Direction of the main assault. If we get 3-4 participants, it will be the only group. The group should either start from Weth or start from Deep Space 17 and head to Ryssk gate before beginning the assault.

2 - Direction of the flanking group. Assuming we get enough participants, this group should begin the attack once Group 1 reports and engages first enemy contact near the assault zone. If all we'll have will be me and Group 1 of sufficient strength, I'll have a solo battleship playing the role of Group 2. The group will start from Deep Space 17, preferably taking position near Pyrddra gate (or in Pyrddra system - that will help deceive Dom'Razak about the actual purpose of the group) in advance.

MAIN OBJECTIVE: Deal as much damage as possible until fatigue.

SECONDARY OBJECTIVE: Destroy 20 enemy capital ships (Cruisers, Motherships and Battleships). Disregard this objective if we only have enough participants to form an all-fighter Group 1.

If you guys have anything to say, say it now.