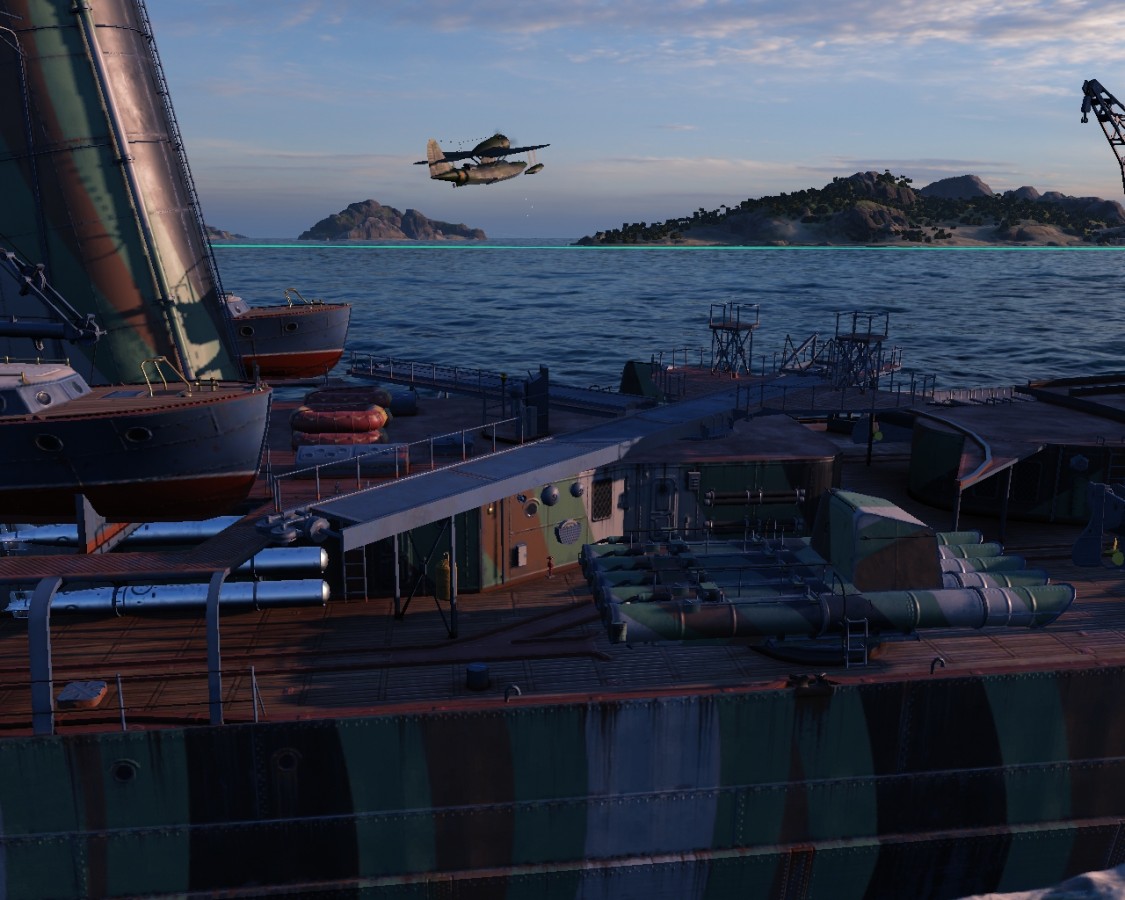 A number of ships in World of Warships (mostly battleships and cruisers) come with catapult-launched aircraft, which represent Spotter Plane and/or Catapult Fighter consumables. The Spotter Plane provides a range boost and offers a higher PoV when aiming. Catapult Fighter patrols the area around the parent ship and attacks any hostile aircraft approaching it. Some ships can equip one but not the other, some can equip either.

And yes, the launch is animated.