FrankyFiggs14 has posted another classic French mag scan, and this one has an interesting take on Wing Commander 4's tagline phrase. It comes from the December 1995 issue of Joystick. After translation, the big caption reads, "The Price of Freedom is Eternal Combat." As LOAF notes, "Eternal combat sounds a little less prestigious than eternal vigilance!" It's also one of the many pieces of copy out there that advertise a December release. After tons of marketing went to print, the game was delayed until February 12 the following year. Pretty neat artifact all around!

A few other pages from the issue for context:

And here are some English versions of the ad for comparison: 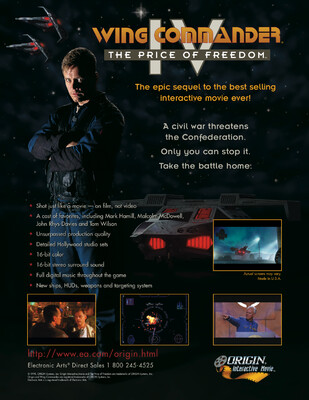 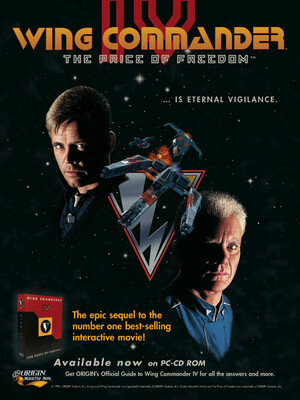