It’s been such a joy for us seeing all the new screenshots and videos shared by travellers since the Prisms update – the universe has never looked this good! Thank you so much to everyone documenting and sharing the worlds you encounter in your explorations. It is incredible to be on this journey together with such a passionate community.

One feature released with Prisms was ByteBeat track sharing, allowing players to save their favourite tunes to a portable player. We were curious to see what the musically creative among the community would make of this extra functionality, but we’ve been blown away by the response! A handful of talented creators have put together the very impressive Crescendo Project – a creative hub in Euclid where ByteBeat composers can share their creations, and visitors can collect the tracks for their Library. 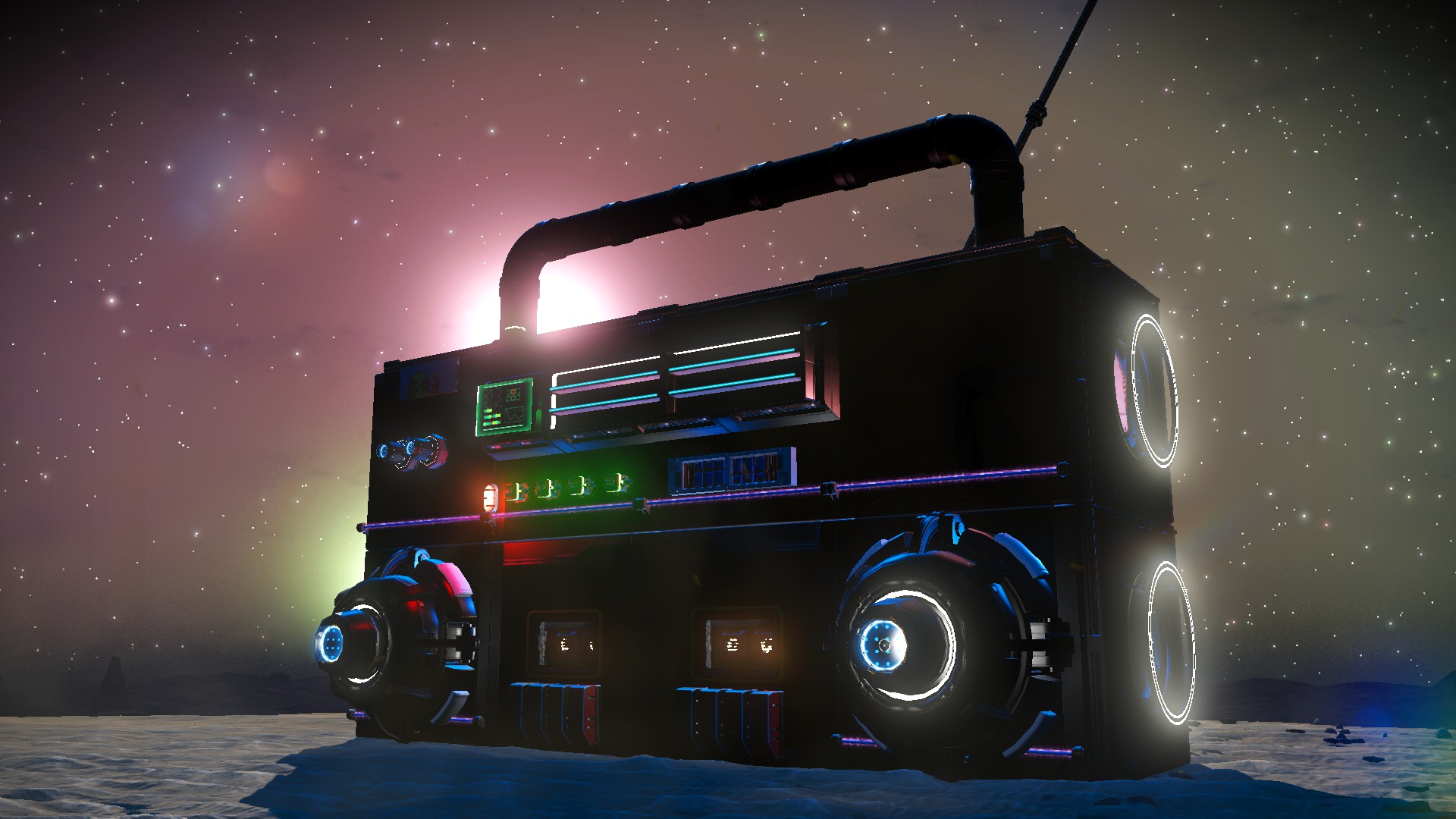 Pipe to Paver by VeritasVelez

The Crescendo Project can be visited via portal travel, or via VeritasVelez’s base, Pipe to Paver, now featured at the Space Anomaly. The founders invite visitors to explore, save your favourite tracks, and drop a base computer to contribute your own.

VeritasVelez has also recently updated the No Man’s Sky Free Music radio station with a lovely collection of tracks composed on ByteBeat in No Man’s Sky. 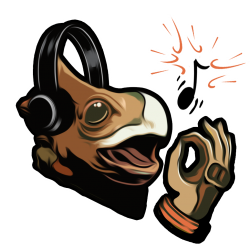 Here are a few of our favourite recent ByteBeat compositions…

The photographers in the community have also been capturing the universe’s new look since the release of Prisms. Here is a selection of some of our favourite recent shots…

The set of Featured Bases at the Space Anomaly teleporter has been refreshed. In addition to the Pipe to Paver ByteBeat base, a monumental Sentinel Colossus sculpture and the eerie Station BZR-Eidolon can be visited directly from Mercury’s teleporter. 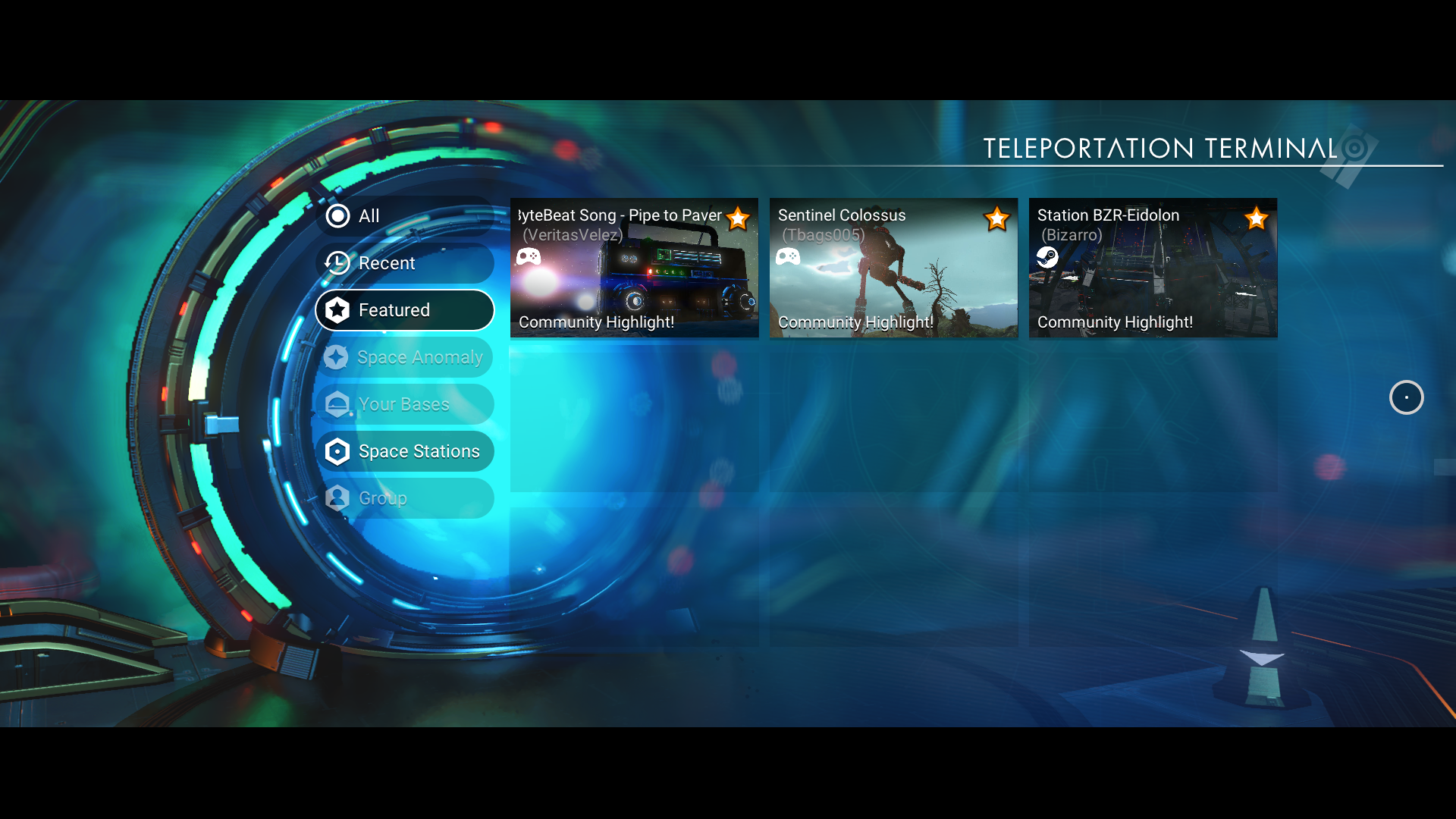 The Quicksilver Synthesis Bot has been working overclocked to keep pace with all the travellers contributing research to the Anomaly. Three new player titles are now available – Swamp-Dweller, Volcanic, and Exotic – and a number of new base building parts have been unlocked, including the lava-biome inspired Igneous Crystal, Igneous Drop, and Archaic Habitation Heater… 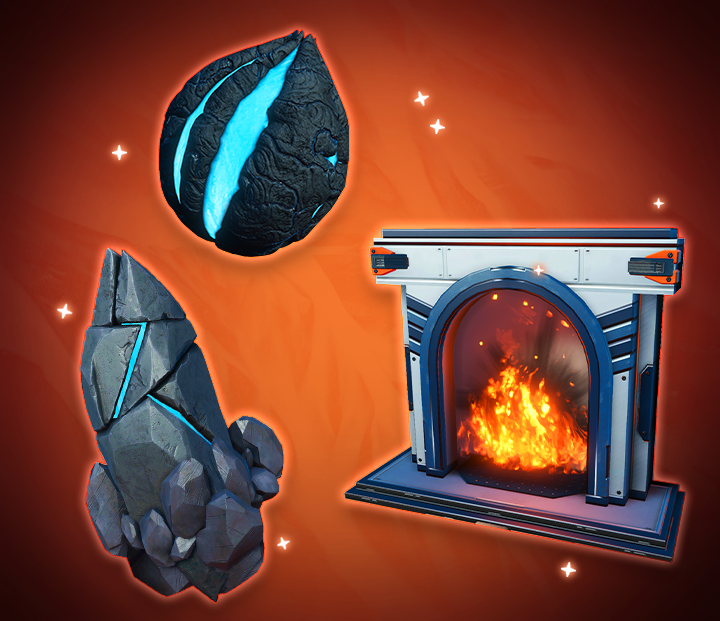 Specialist Polo also commissioned their robotic companion to synthesise a number of community decals and banners for some of the most populous player factions: the Alliance of Galactic Travellers, Amino Hub, Café 42, United Federation of Travelers, and Qitanian Empire.

Progress towards unlocking these exclusive fireworks can be viewed in the Mission Log, at the Quicksilver Synthesis Companion’s kiosk, or at the Galactic Atlas site.

The team is currently working on a number of exciting things for No Man’s Sky, and we look forward to sharing more news soon!

Thank you so much,
Sean