As part of Wing Commander's 30th birthday celebrations, people have had a lot of questions about the history of the franchise. A frequent topic is the famous box art used for the original game, which was highly unusual for featuring what purported to be a screenshot. Although it's not an actual reproducible image from the game, that's for good reason! LOAF goes into the details on why this is the way it is below. You can also find our previous coverage on this topic for a line-by-line rundown of what's different between the cover and what actually ends up in space!

I’ve seen a lot of folks talking about the “bullshot” used as the cover of the original Wing Commander and thought I’d try and provide a little background.

First of all: yes, it’s “fake” and not as is sometimes rumored an early build with different graphics. The image itself was created in DeluxePaint by pasting together work-in-progress game elements to try and show how the finished gameplay SHOULD work. Some iterations: 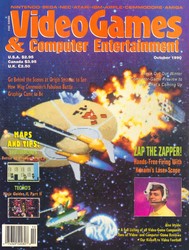 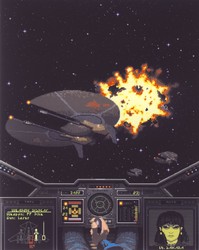 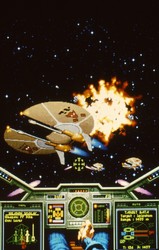 Basically, they collected the art that was finished—the ship tender, the cockpit frame, the stars, etc. and stitched it together like Frankenstein. But why? Because things worked very differently in 1990 as far as physical publishing went! When Wing Commander came out, desktop publishing was still several years away. That meant that things like box layouts were pasted together physically and then photographed. And they had to be ready weeks or months before the actual game might even play correctly! Even taking game screenshots was a careful physical process of photographing the screen with a film camera. Even if your game was playable, catching an action shot was a real challenge. 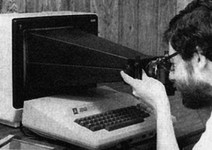 Think back to 1990, though... the odd thing about the Wing Commander box wasn’t that it was a fake screenshot, it was that it purported to be a screenshot at all. Marketing typically opted to avoid these issues entirely by using a fancy painting or (groans) models:

For Wing Commander, it was felt they had to show off how stunning and different the game really looked... so a whole bunch of bullshot were created for the marketing as early as possible. Here are the other two famous ones: 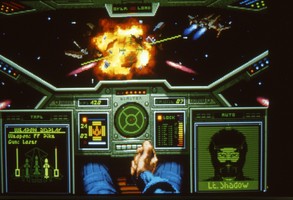 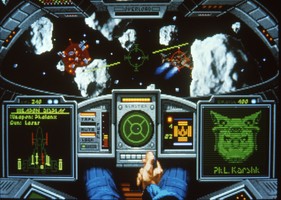 Magazines and catalogs were FULL of screenshots like this back in the day... that’s why you so often notice little differences between the photos in a review (typically provided by the publisher in 1990) abd the real game.