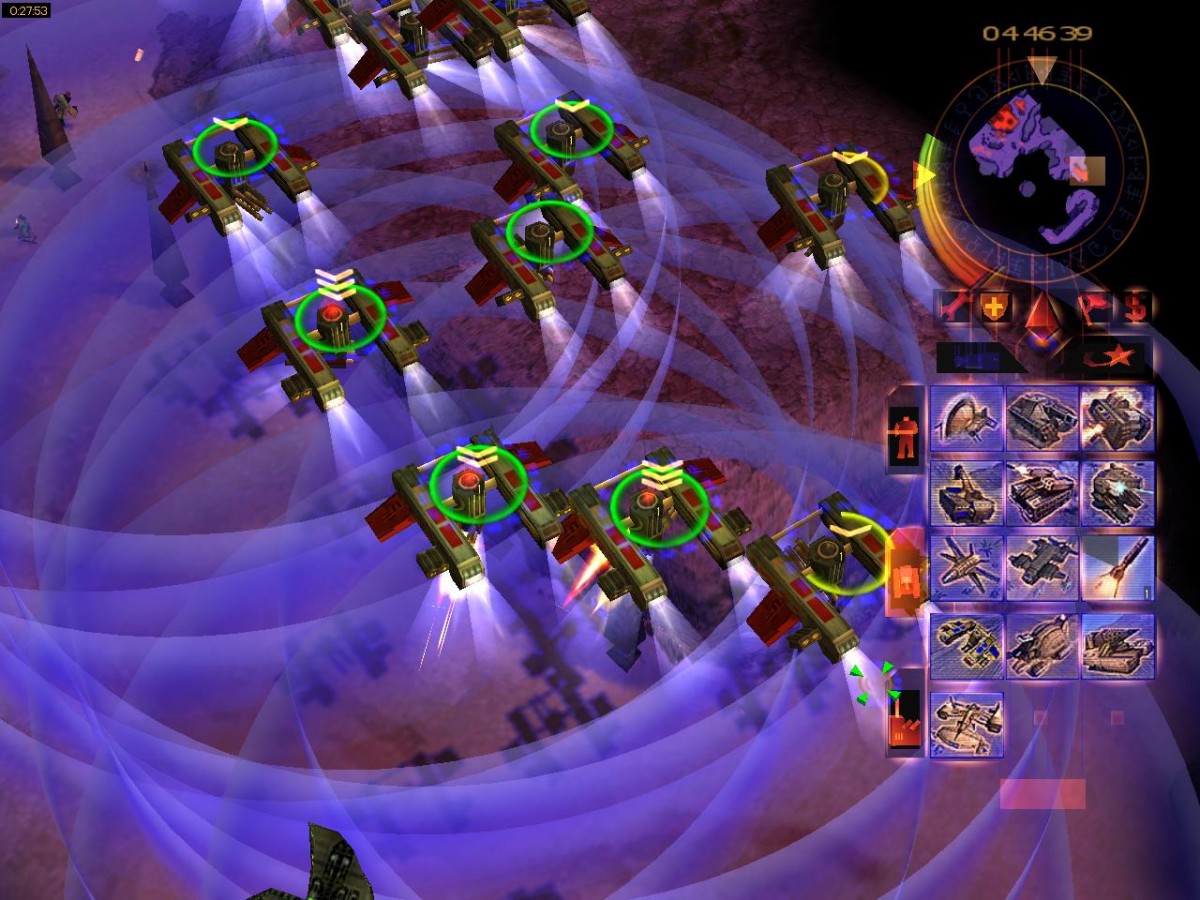 A large group of Harkonnen Air Defense Platforms.
In Emperor: Battle For Dune, all three houses have an air-to-air unit. House Harkonnen uses Air Defense Platforms, quad autocannon on a flying platform. It is rather lacking compared to faster Ordos AA Mines and Atreides AA Drones, and quite fragile as well. What sets Air Defense Platforms apart is ability to turn the autocannons on land units, so they can be used as ad-hoc gunships. They are fragile, but there's precious little what can hit them.
Notably not even the Emperor Worm can target them. Only threats to massed HKADPs here would be Atreides Mongooses.