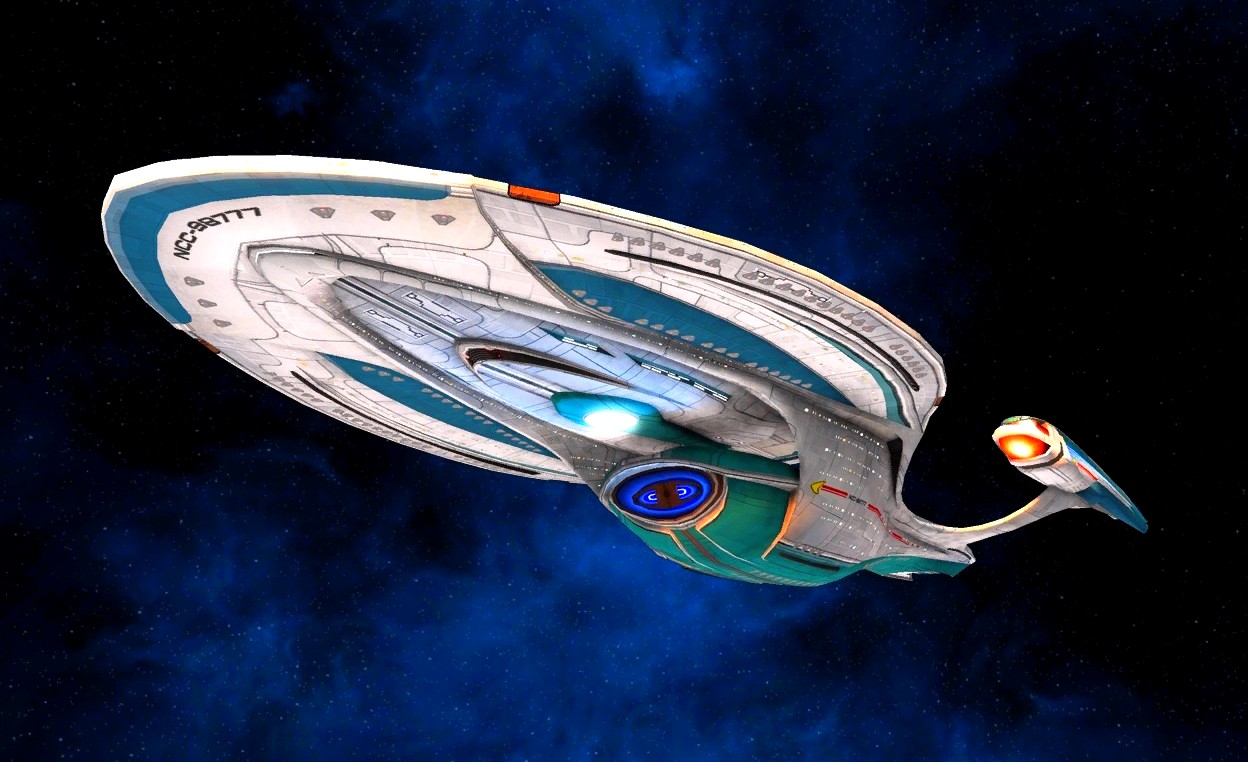 In late 2370, the Odyssey, under the command of Captain Keogh, was assigned to a patrol mission along the Cardassian border.

USS Odyssey port-nacelle
The USS Odyssey's damaged port warp nacelle
During the operation, the Odyssey, along with the USS Mekong and USS Orinoco, engaged three Jem'Hadar attack ships. It was quickly discovered that the Odyssey's shields were ineffective against the Jem'Hadar's phased polaron beams, and she took significant damage from multiple direct hits. Realizing this, Captain Keogh ordered power from the shields be diverted to the phasers in order to inflict more damage on the enemy.

USS Odyssey critically damaged
The USS Odyssey seconds after being rammed by a Jem'Hadar fighter
The Jem'Hadar took advantage of this opportunity and rammed the ship as she tried to retreat. The attack ship collided with the Odyssey's secondary hull and the ship exploded seconds later with all hands lost. Fortunately, most non-essential crewmembers and all civilians had been offloaded at DS9 prior to departure, saving hundreds of lives. (DS9: "The Jem'Hadar")

The destruction of the Odyssey, which became the cornerstone for the Dominion cold war, showed the Federation that the Dominion was a potent and dangerous threat. In response to this provocation, the USS Defiant was brought out of mothballs and put on active duty.