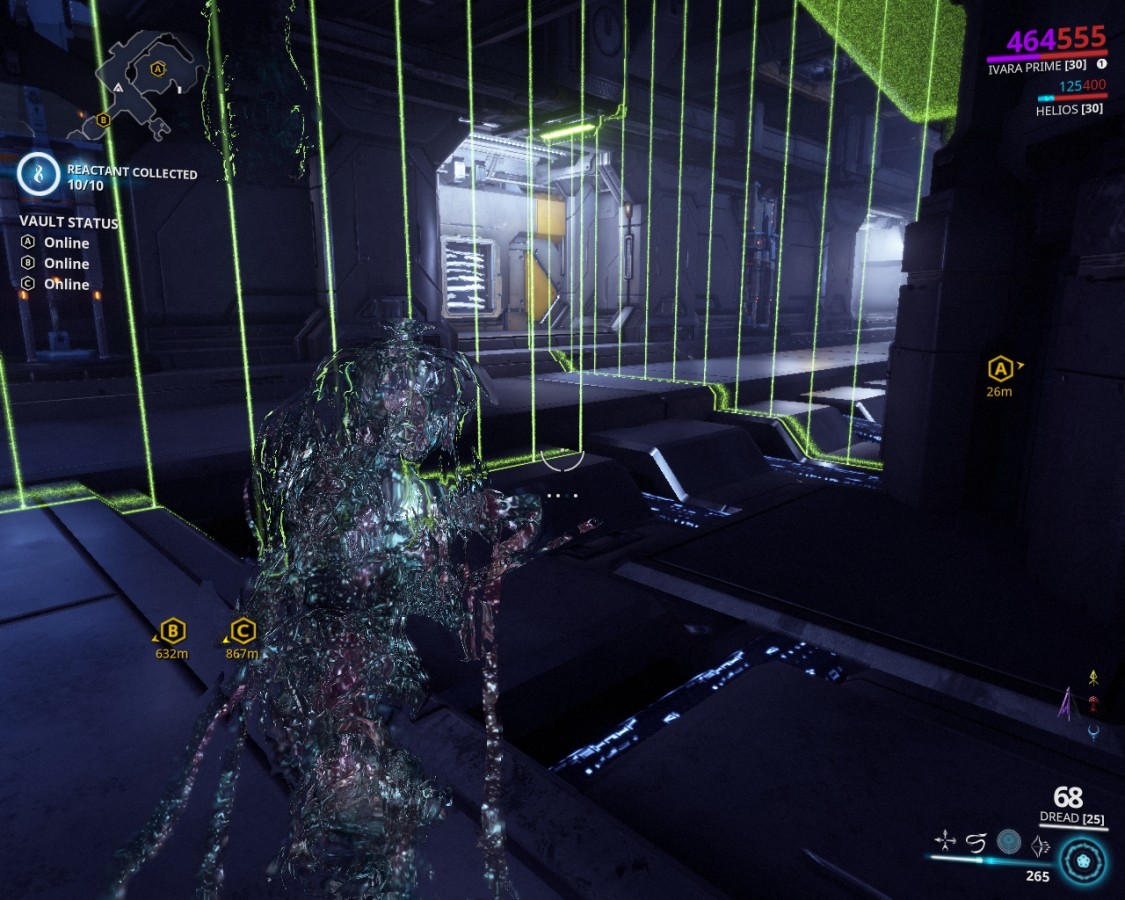 Of course you can't see her... that's kinda the point. Her third ability, Prowl, makes her invisible (and also lets her loot nearby enemies), and the Infiltrate augment makes her unaffected by Corpus laser walls in this state. Now, Prowl is not ideal:

a) It drains energy over time

b) It slows Ivara down considerably - okay, Infiltrate reduces the penalty, but you still can't bullet jump, because...

c) Ivara drops Prowl like it's hot when she makes any noise. Specifically, running, sliding, bullet-jumping and shooting any weapon with Alarming noise. Bows are silent weapon... and Ivara's fourth ability is Artemis Bow. (Though I just picked a Dread - the Stalker's bow - as a primary).

She's not all about Prowl though - she has a toolbox (or, rather, tool quiver) of other abilities (Noise and Sleep arrows are of particular note). But in general, she's a good infiltrator.

Also, she's aesthetically beautiful. At least, her prime version is, as she has jellyfish-like designs on her waist and head that resemble a skirt and a veil respectively.