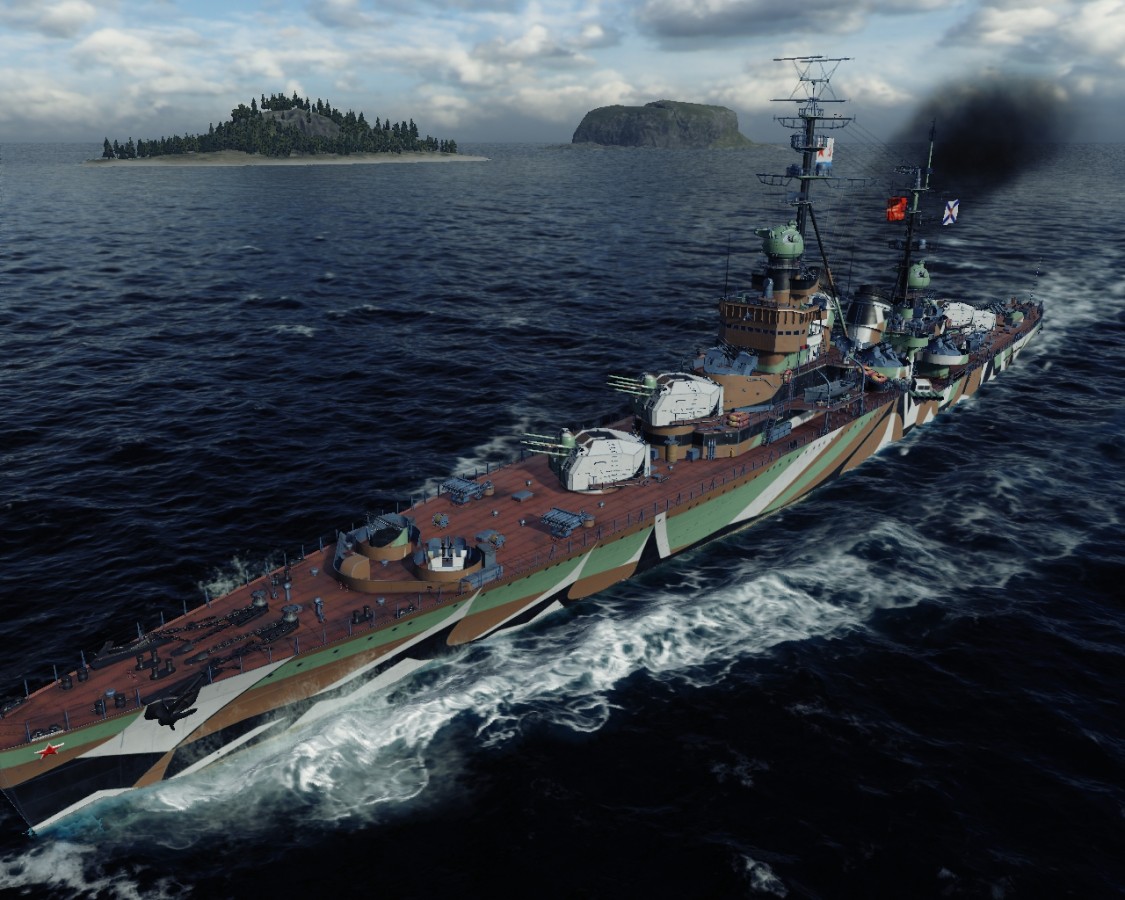 Basically, this entire ship is a controversy, for two reasons: she falls just a tiny bit short of having enuff dakka and she can use a smokescreen. Bonus points for her guns being 130-mm meaning Basic and Advanced Firing Training affect them.

I think it took me about half an year to finally get her. She's available in Admiralty for 244k Coal, and I decided to grab her first before WG removes her from sale or nerfs her.