The Clan has not been approved yet.

The Clan has been deleted and is now in the trash. 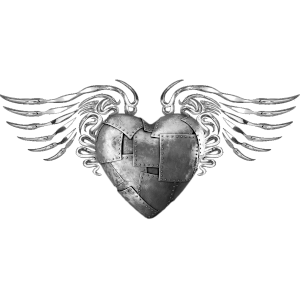 The Steel Hearts Clan - |TSH| cornerstone was laid in Kyushu during restless times when The Order started to gather all their resources and needed to also acquire support from all Sirius houses for a joint operation with the Dom'Kavash against hostile aliens coming to the Milky Way through Hyper-Gates located in the galaxy's inner core. With this arise also the need to ensure at least some order in space controlled by the humans.

In Crossfire space we are acting as a police force. Our main objectives include the support of galactic law and safety of flight for civilian pilots in the whole of known human space. As a police officers we can hunt and stop all pilots performing illegal activities - pirates (in general), smugglers (all pilots transporting illegal cargo), and mercenaries working for above mentioned pilots or which were involved in taking bounties (bounty kill is also considered illegal act). In addition, we would offer our help to all law-abiding citizens that will need protection against pirates or mercenaries.

We have found a home in the Sea of Shadows (SoS) system. With the newly discovered short connection to the central Sirius crossroad system X-3043, and still only one jump from Liberty space, this system was the perfect choice to serve as a center of police operations. As an official clan we have built in SoS our own modular base, where access is primarily granted for clan members.

“Believing in values other than plain profit, they throw their old badges, pins, golden farewell watches
into a pot and melted them - to armor their believing hearts and fitting their wings with knifes.
Out of their freetime and civilian existence, out of their beliefs they mount their machines to do,
what has to be done, even if only to temper their own conscience.”

To assure that our members have maximum fun during their time in space we have prepared a few Rules of Conduct. They are focused on fair play and should offer more fun not only for us, but also for those with who we will interact in space:

We welcome all players willing to join us that will fulfill the following requirements:

Once a player is accepted as a Recruit, he will have to show (be active) to us that he can be promoted to rank Constable and become a full member. Clan leader (Commissioner) has the ability to rename recruit' characters. Decision about when/whether a recruit characters are renamed depends fully on agreement between the recruit and Commissioner (or other high-rank clan member leading "recruitship").

To officially start with recruitment you will need to send a personal message (PM) to the Commissioner (Gearhead10) with following information:

Definitions of the fields :
Character Full Name is a virtual name for your RP character.
Location is for determining your time-zone and play schedule.
Desired activity & Why you want to join TSH is what you wish to do in the clan and why you in the first place decided to join us.
Freelancer background is a short summary of your experience with FL mods. You should also give here info about a time you spent in Crossfire space (chars info - F8) .

We have prepared a short document where we have gathered all important details about our clan. You can access it through portal filebase HERE or read it embedded below: