I was sitting on my bed and reading "Angel Exterminatus"[1] in my room aboard the CNS K-719. I've been sitting on that battleship for a long time, mainly due to the fact that my CO decided to separate me from the first friend I've had in my whole life. He said that "Stranger" needs recalibrating and repairs. The ship has been in my care for little less than two years.
Only now I realized that I really can't live without my Basilisk. How I really want to hop in the cockpit, launch the engine and fly somewhere. Inner Core, Altair, Nomad space, doesn't matter.
The message came up.
"Greetings, Ajay.
The Hypergate is activated.
Meet me on the landing pad.
Your CO,
General Major Igor E. Flyagin."
I bolted from my bed, quickly got myself into the shape that looked vaguely like Coalition Intelligence Directorate Senior Lieutenant, and left the room, heading towards the landing pad.
At.
Flakking.
Last.

When I arrived to the landing pad, I've seen my CO. And behind him...
-You're done with fixing it? - I asked, looking not at him, but at a massive shape that could only belong to Basilisk-class fighter. Looking at its nose, I noticed the designation: CNS I-939 "Stranger".
-Yes, and it's been repainted to conform the Navy's paint scheme. - he said. - By the way, if you're going to rush in and hug it, the paint is already dry.
I came close to my ship and touched its armor, feeling the cold metal under my hand.
-Cockpit is in the same state you've left it. Including your... amulet. - Flyagin continued. - The repair team says they didn't have to do much work, the systems have been regularly taken care of. Given how you are attached to the ship, it's understandable.
I nodded. Even when I was just a communications officer on CNS Gorlowka, I have always been taking care of the ship I've been using - by that time it was Lagg that has been older than me by a few centuries. The Lagg that has been lost somewhere in Omicron Theta, until K-719 could recover it.
-You know where the Hypergate is, Ajay. New Hongkong. You are to fly there and jump through it. Then, you are to report what you have found. - CO continued.
-I'll do it - I said and my inner flak-o-meter shown 12 on Ciaphas Cain's scale.
Until now, the scale's maximal grade was 10.
-Anyway, I hope you didn't forget to put a cataclysm prevention - I said.
-Why, of course I didn't! - my commander said. - I've personally loaded it up. Earl Grey, your favorite!
I smiled and headed to the cockpit.
I might have a chance after all.

K-719 dropped me out in Kuyshu and I headed towards the Sol. As I finally reached the system and was arriving to Jupiter, my CO contacted me again.
-Ajay, this is Flyagin. We have detected something in the Sol system. Would you be so kind to check it out?

Soon I was flying towards the battleship Deliverance, singing along to Disturbed's "Criminal".
I remembered when I flew there first time. The Emergency Warp Drive of my Titan was activated several times, and when I finally arrived there, it was missing both wings and both fins.
Though I was rewarded. It was the day I got "Stranger".
And... It was only a bit less than two years ago.
Landing on the Deliverance and leaving it, I've jumped through the Dimensional rift.
The same moment I jumped out in Styx, I started cruise engines... and Nomad battleship with an escort appeared. I avoided its shots and quickly made way towards Mandar gates. 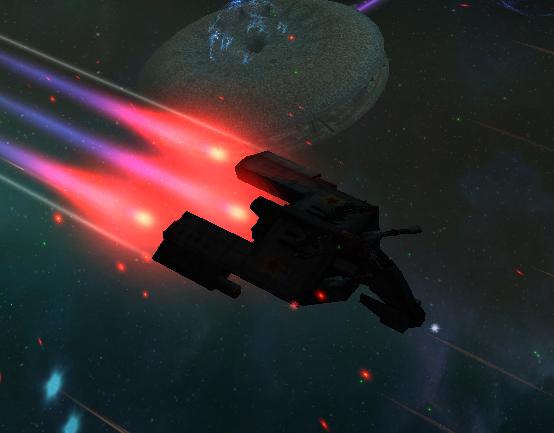 Mandar and Gladius shown no problems. "Stranger"'s engines went smoothly like the ship was straight out from the shipyard.
In Gladius, I've noticed several destroyed Dark Reign cannons. Whoa, Nomads are getting lucky for the time I've been away.
As I reached Sovetskaya gates and jumped, I wondered, what has happened to Murmansk for all these times.

It opened up that Murmansk has been glorified a little. Some orbital satellites some drydocks. Nice to see home planet growing in value.
I headed to the New Hongkong and used warp buoys to get to Bengbu Processing Facility. And... whoa, Independent Operations Consortium now has deployed here? Wow.

-We have opened the gate. You can jump in - Bengbu control said, and I docked to the gate. A long wait... What if the engineers developing the gate flakked up?
I jumped out from the anomaly and looked around, at the familiar sight of the Black Hole.
I was there.
By the stars, I've missed this place. 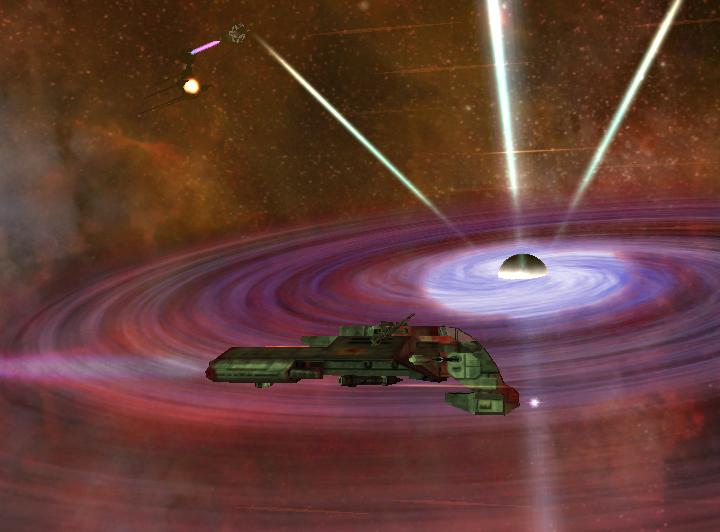 Starting cruise engines, I've headed to the Venn gates.
I wished I'd have Mercy by my side. "Mercy" was a callsign of a CFPD officer that also happened to be Coalition Fighter Corps pilot. My friend, who have been my wingman in Inner Core a big amount of names.
But I haven't seen him around few times. I hope he's okay.
Still, I'm having to fly to Weth alone - not the first time, but who knows whatever happened over that time?
As I reached Venn gates, I've filled playlist with Sabaton and jumped.
Inner Core is a dangerous place, and I always try to have as many backup escape means as possible. Emergency Warp Drive is the last one of them, but before it, there are "Stranger"'s guns, thrusting & engine kill maneuvers, countermeasures and cloaking device.
To ensure that the latter works, I've mined a full bay of Energy Crystals and headed forward.
Detecting a Savage wing, I have noticed that my sensors are working better. Earlier, I would've seen them only 2K away, but now I'm detecting them at 3K. Much better, 'cos I'll be able to avoid them before they launch cruise disruptors.
As I've steered away from them and returned to initial course, I've detected a Dom'Nepesh wing...
-WHAT??? - I yelled, noticing that one of the ships was a gunboat of all things.
Great Dom Gunboats are, usually, death for a lone pilot. Even when unsupported.
I steered away from it and, again, continued my flight.
So far until Jormdar nothing that extraordinary happened. Some Battleship patrols, some fighters I've avoided.
The same repeated in Jormdar save for the time, when I've even had to dock to Methper gates while being shot at by a Savage battleship. My inner flak-o-meter started to quote C-3PO, but I've ignored it and jumped, while singing "Angels Calling" out loud.
Nothing serious happened in Methper either. I sipped from my tea cup and lazily avoided the motherships I've met.
When I was jumping into Ryssk, I've switched track to "Panzer Battallion".
Seems like Warriors have not just found out that I'm becoming a Great Dom butchering machine when listening to Sabaton. Seems like they have decided to make sure that said butchering machine will cause them losses no more.
I.e. murderize the flak out of me.
I see no other reason they've sent TWO wings after me. The only way to be sure, apparently.
I met them soon after I flew a bit away from the gates. One of wings attacked from 5 o'clock and another - at 8 o'clock. Flakkers are trying to get me for sure.
Thankfully since I've had an improved scanner array I avoided them. Countermeasures have decided that it is not a time to be nasty and deflected any and all cruise disruptors aimed at "Stranger"'s fat and blazing metal ass.
Returning onto my original course, I've continued my way. Warriors did attempt intercepting me once more, but it was even less successful than the first.
As I closed to Weth jumpgate, I've detected a wing of three Dom'Razak fighters and a gunboat. For some reason, they didn't start to follow me. Taking a look, I see that these ships are cruising towards the Weth gates.
They are trying to ambush me, I thought, and prepared for a fight. The song "Panzer Battallion" was closing to an end, and soon one of my most lucky combat themes - the "Panzerkampf" - would start up...
The Dom'Razak wing flew away from the Weth gate, heading away. I've reached the Weth gates and jumped.

The arrival point was clear, and I docked with a trade lane.
I am finally back.
At.
Flakking.
Last.

A/N: Surely, 2.0 is a reason to restart the story, right?
In all honesty, I've just remembered that writing all of that was nice, and so far I've had positive reaction from a few guys.