WARNING: From after this Intermission, FORGET about fighting the NPCs on equal terms until well into late game. By the time this intermission finishes, Trent's loadout will be deep into overkill territory. 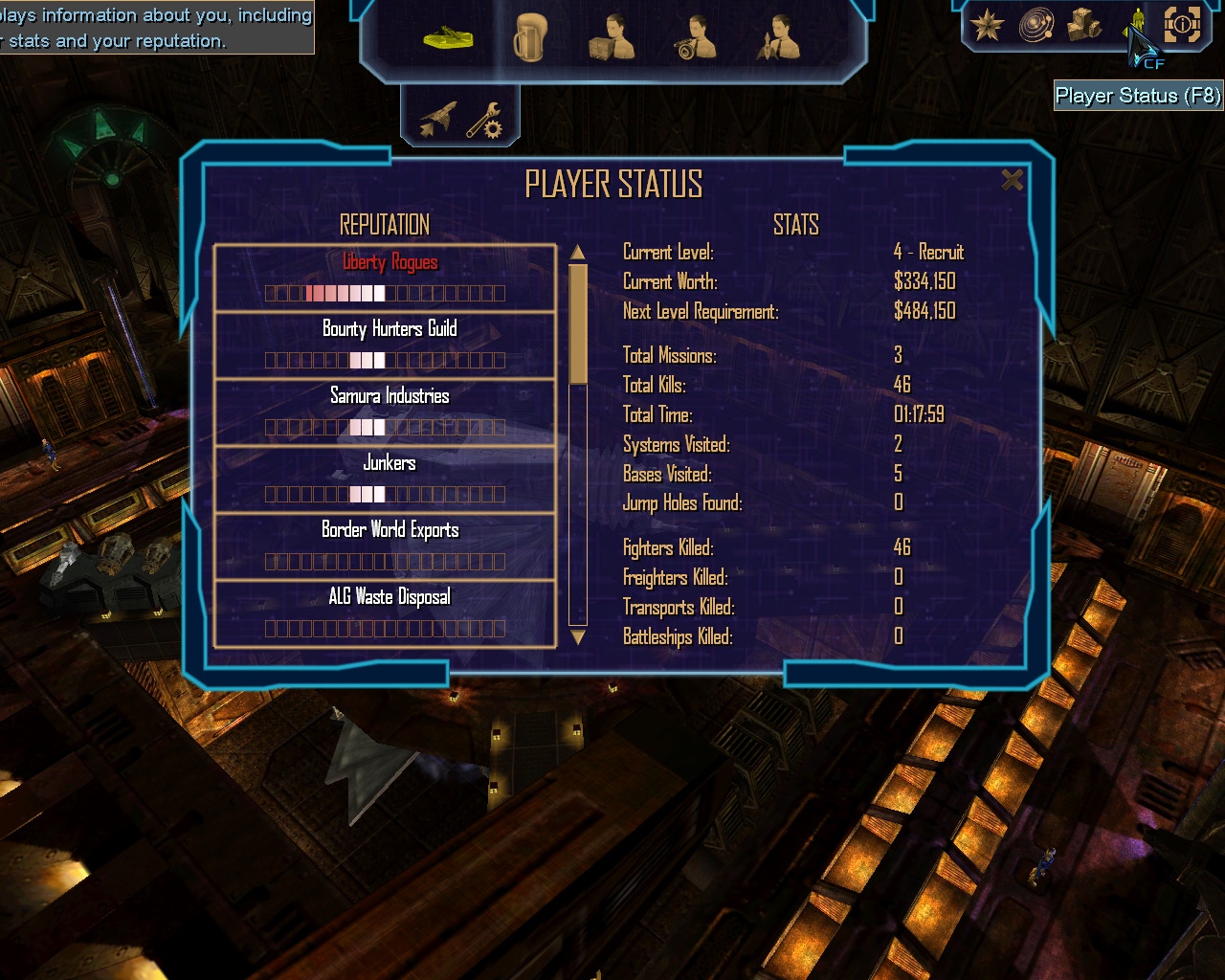 Actually, now that we have access to the Liberty systems, earning credits is less of a problem. First of all, let's go to Texas.

The jump gate to Texas is just one trade lane away from Norfolk Shipyard/Battleship Missouri. I have to warn y'all that you might encounter Outcasts. They are more dangerous opponents than Rogues. In Texas, take Trade Lane to Planet Houston, find the station LPI Huntsville on its orbit, land on it and sell all Escape Pods there.

Also, nearly all prisons have a music track running on them. It used to be the Great Escape theme. It isn't anymore. 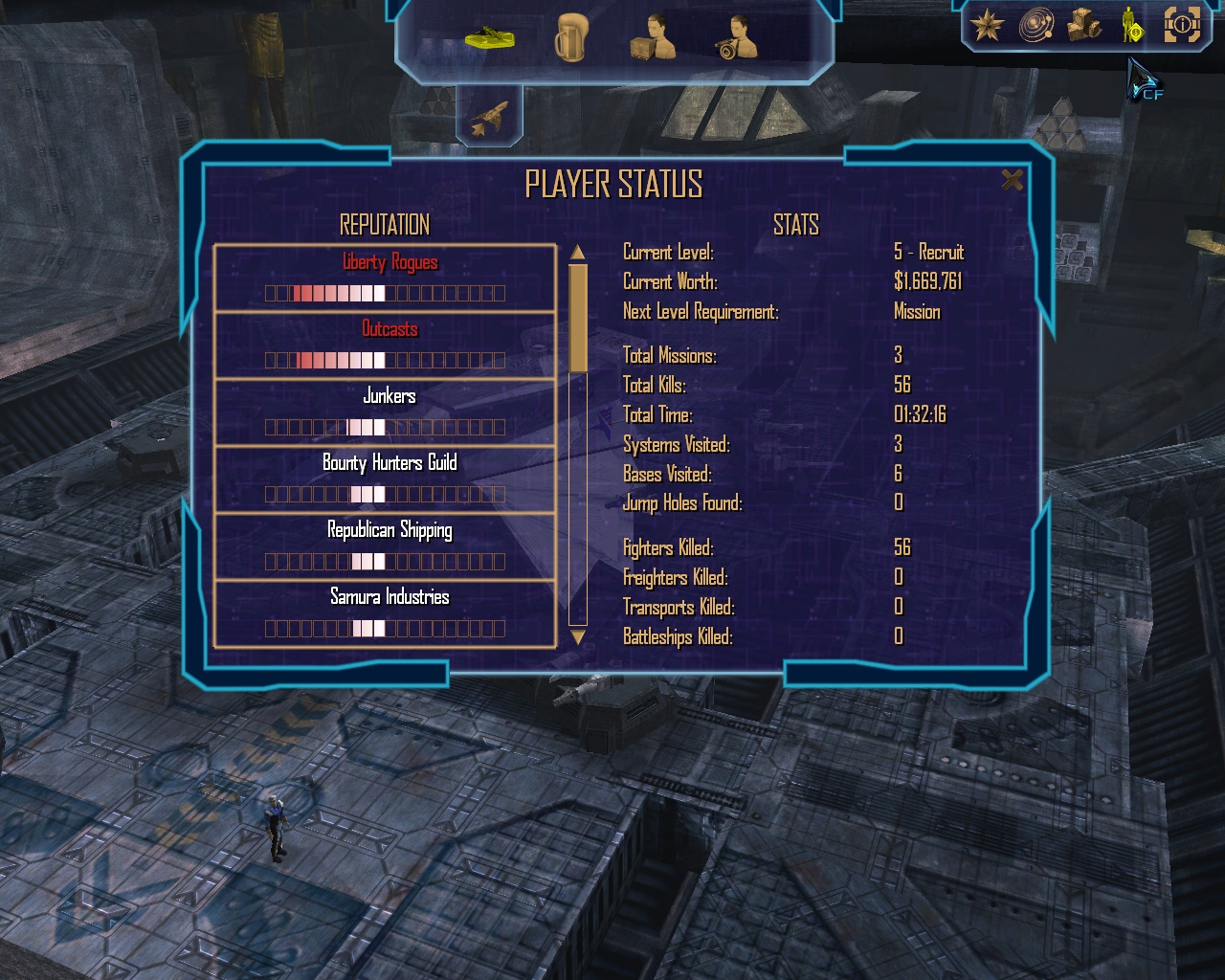 Juni: Trent. This is Juni. I'm back from assignment and got a job for you. Meet me on Manhattan. I'll fill you in on the details when you'll get here.

That being said, it is now our turn to make her wait.

Now that we have an access to a prison station, it's time to try and get beefier equipment. Let's see if we can get the Werewolf.

-Avoid doing mission against Outcasts while you have a Defender.

-Don't do missions against Junkers or Xenos. They aren't worth it.

It took me about 9-10 missions to get the Shade LF on Battleship Mississipi. This ship will ensure you an edge over pretty much anything you can meet in Liberty Space. Yes, it will set you back, but it's worth it, since it can take on Outcasts more reliably than the Defender. In fact, you won't likely need extra Nanobots/Shield Batteries so you can keep about 10-20 and sell the rest. 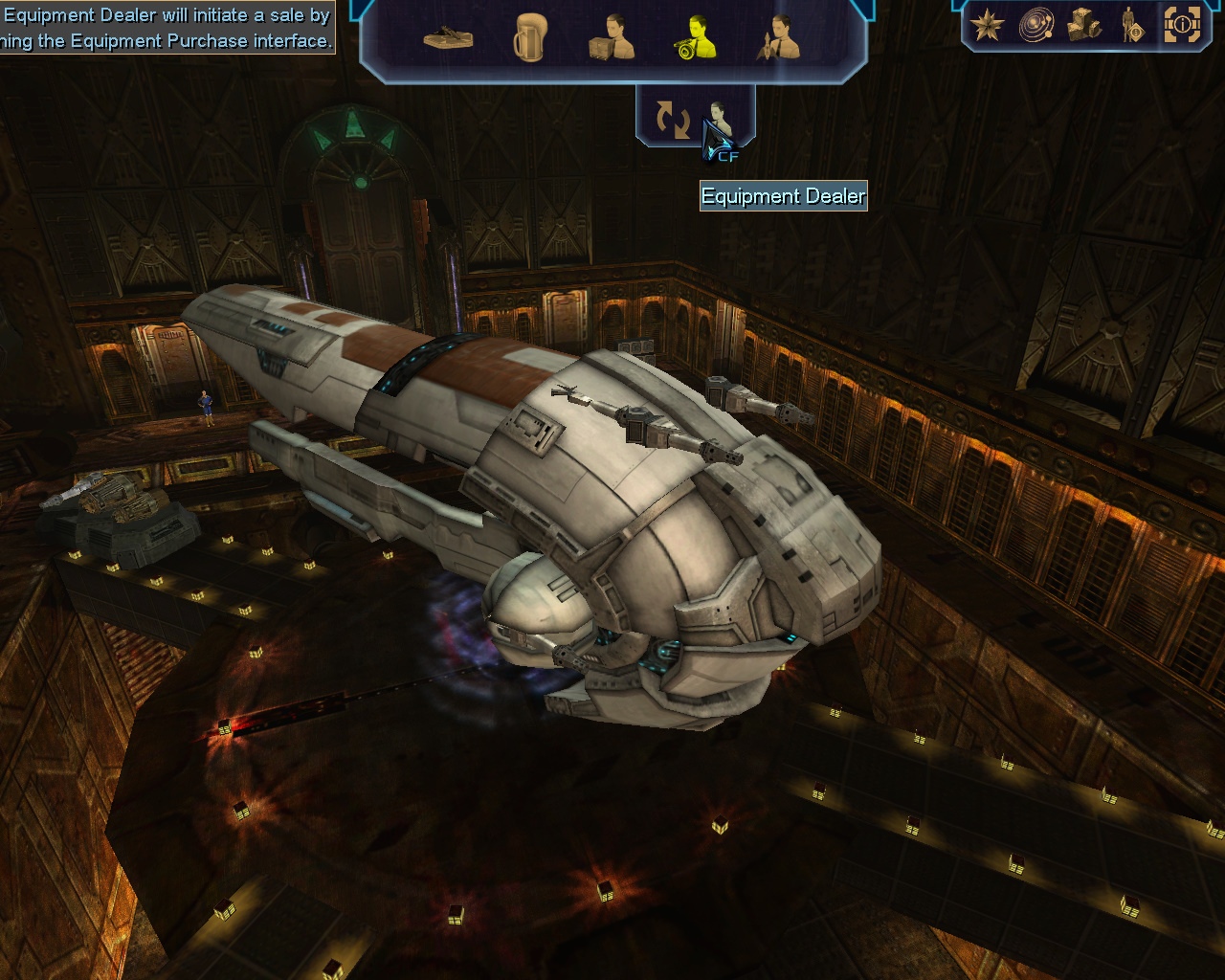 But that's not Overkill yet. So far I've smacked 6 Magma Hammers on this thing, but... while we're printing money, let's consider an intermediate solution for our guns.

I went for a bunch of Pyros guns. You can loot Pyros Type 1 from Outcasts. You can also find a pair of Pyros Type 2s on a wreck in California. 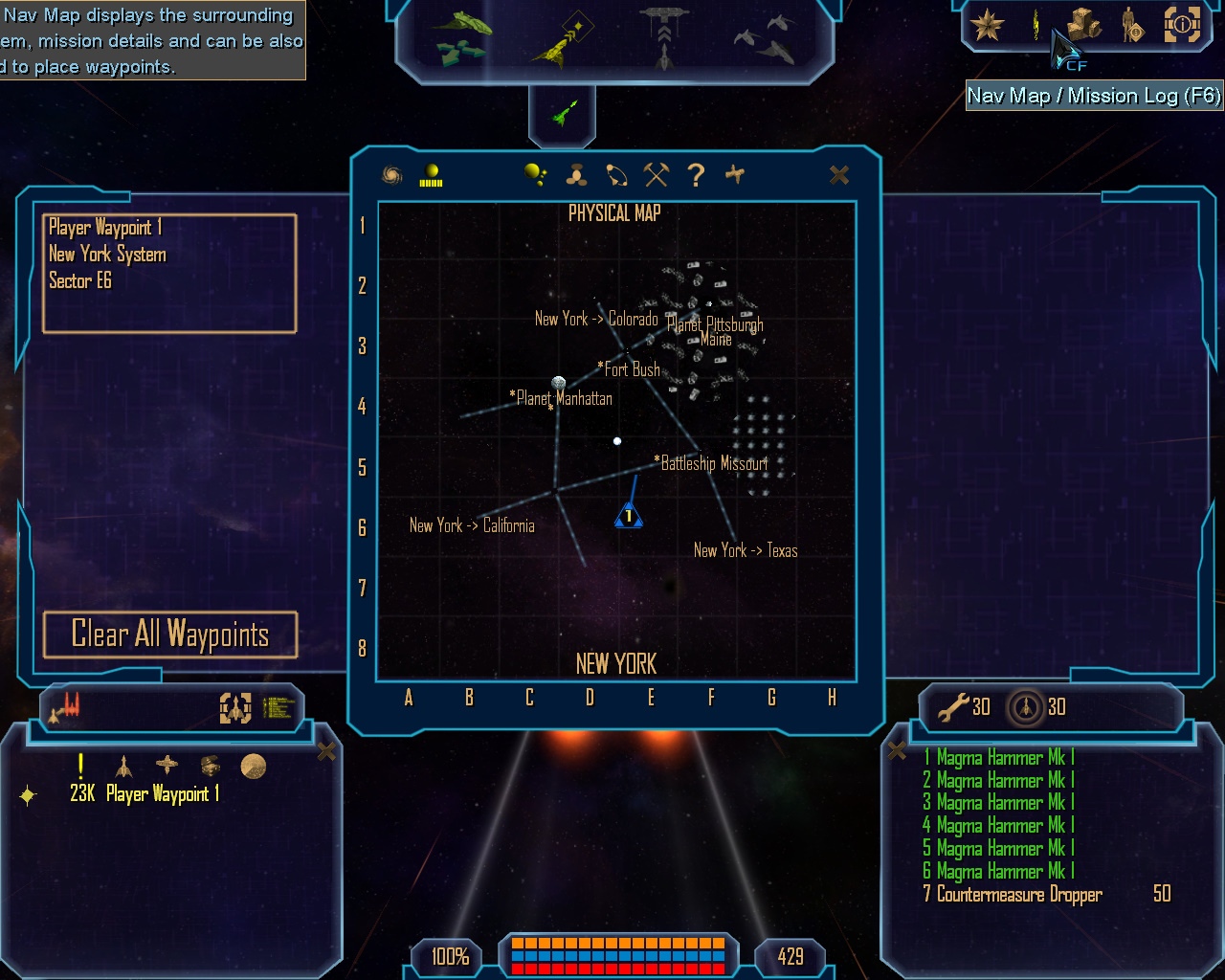 Speaking about wrecks? Let's do some grave robbing in Badlands. 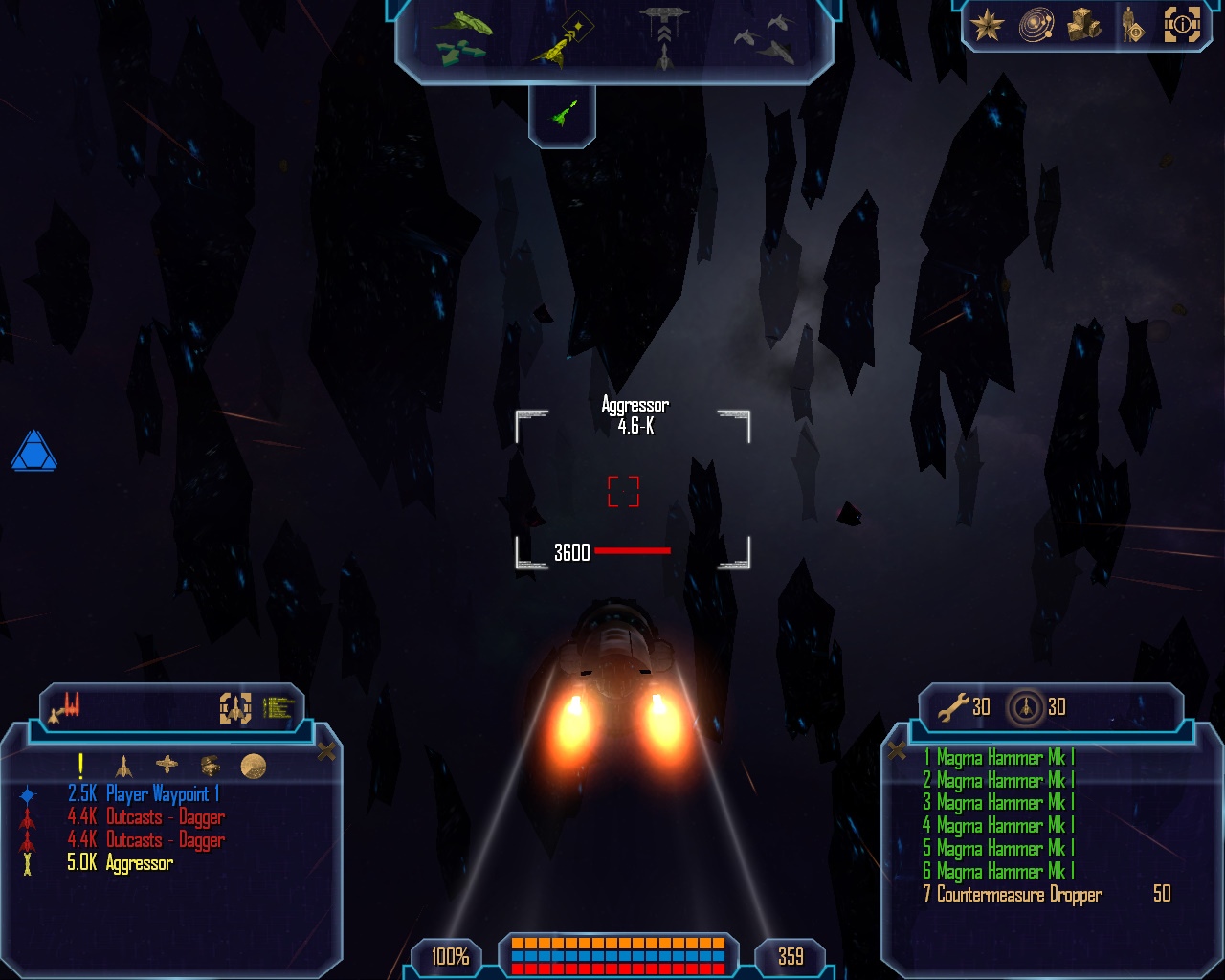 First order of business is Agressor. It's a Piranha wreck with a bunch of cheap-o guns. 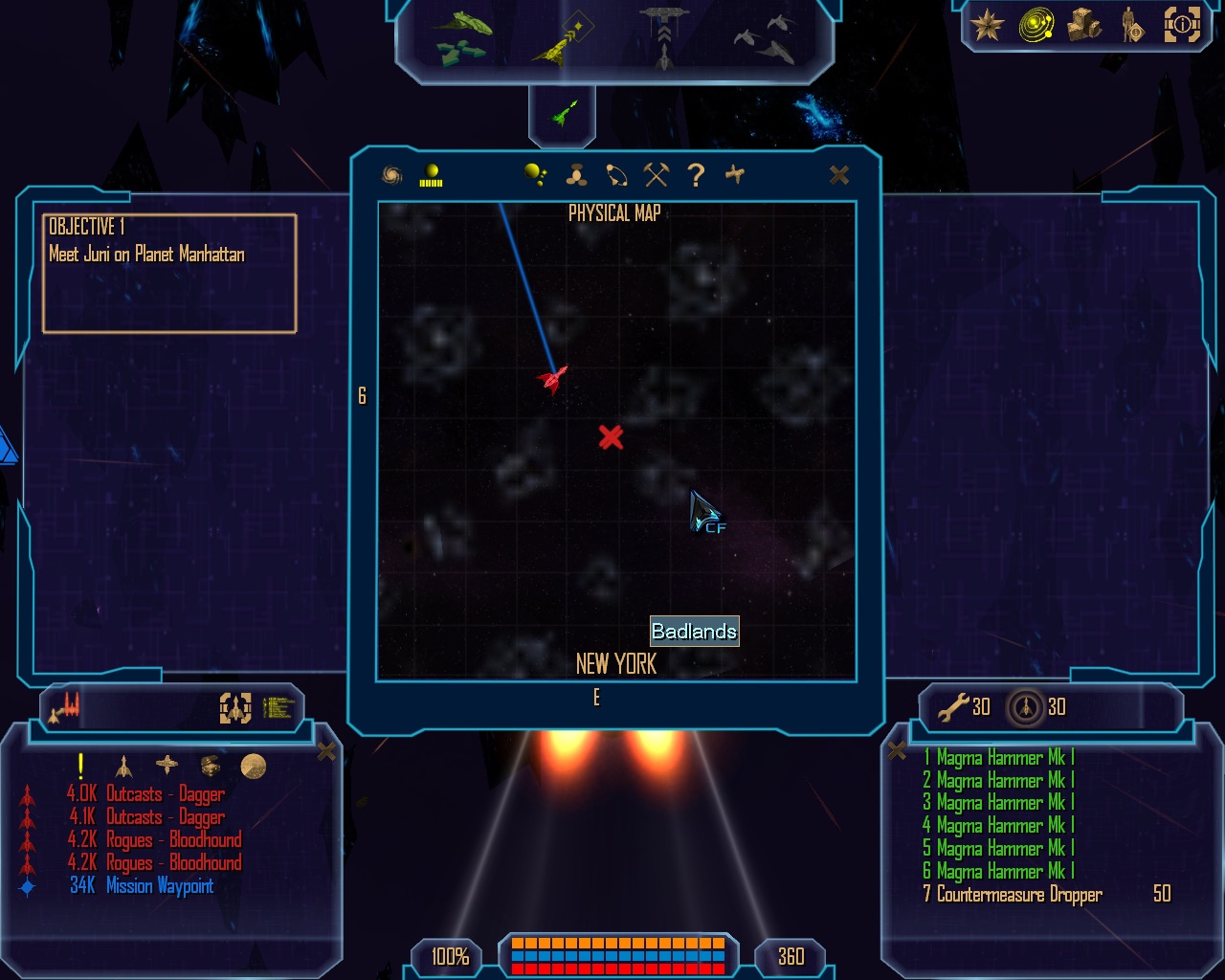 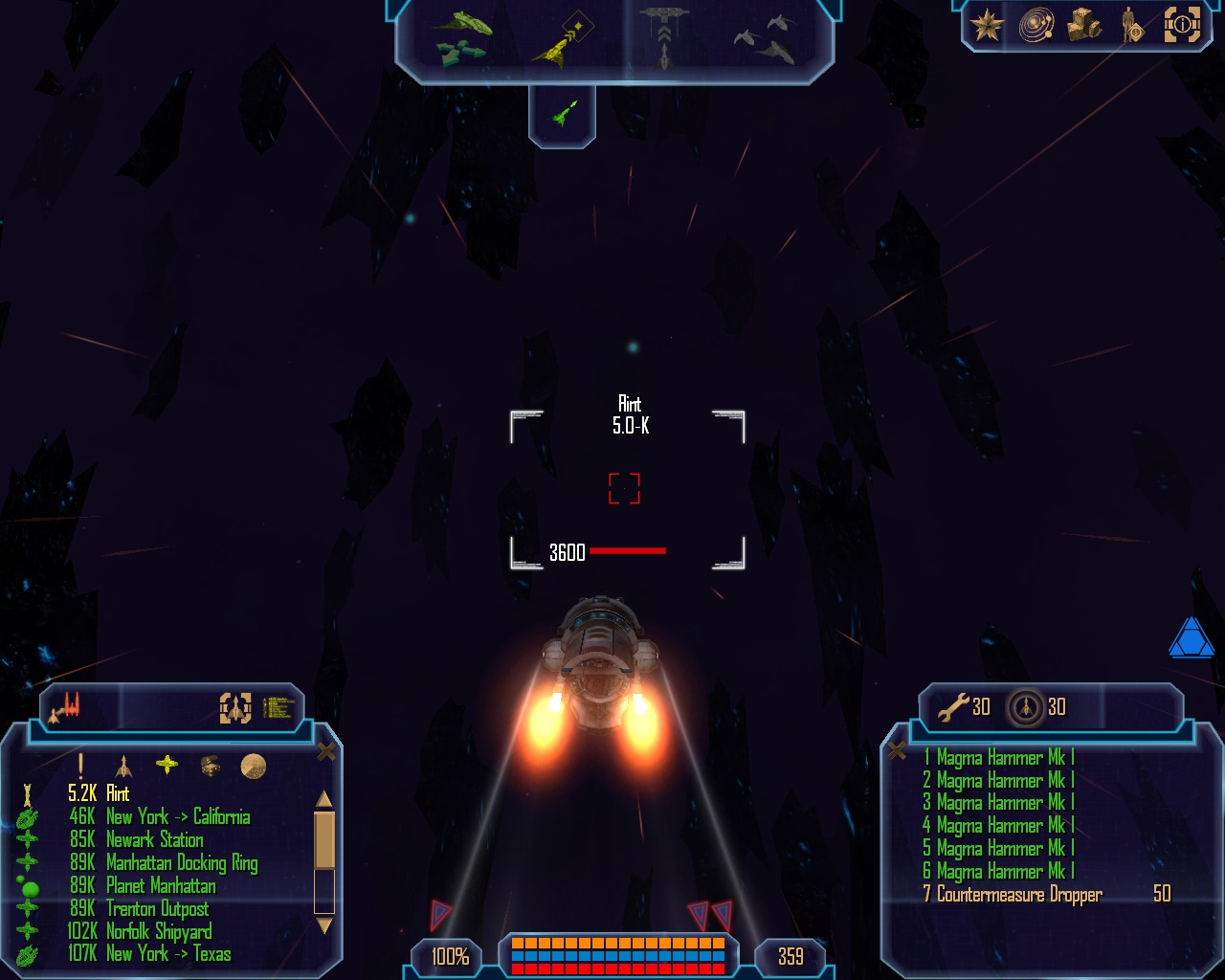 Then Flint, a Mule freighter with a bunch of cheap-o guns and Cardamine aboard. 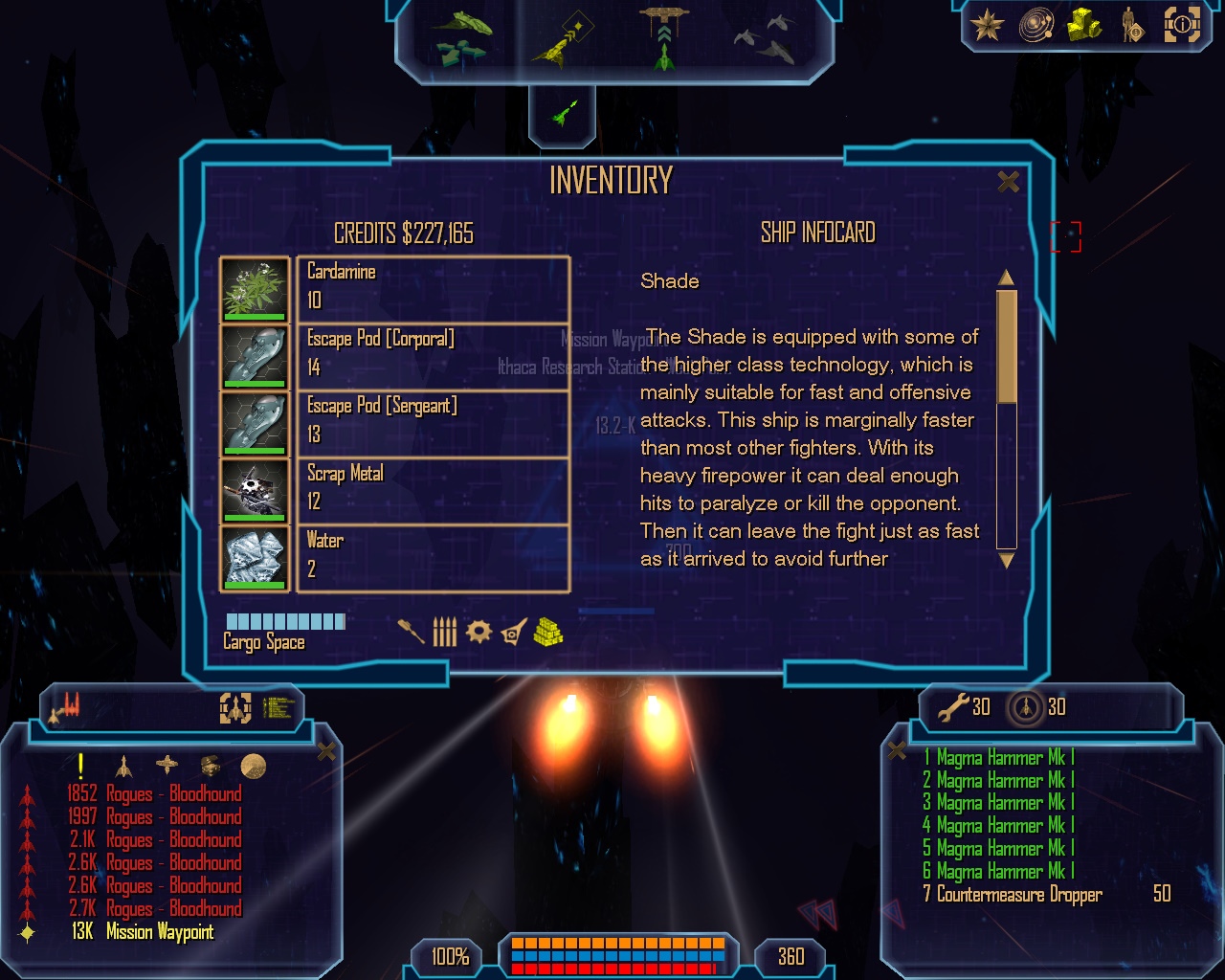 I like to think that when I loot that Cardamine and bring it to West Point, I'm handing it over to authorities for proper disposal.

And nope, I did not consult the Wiki about the wrecks' locations. Not these ones at least. Again, my piloting skills are poor, but I have been playing Freelancer for a long while.

With that out of the way, moving on to California. 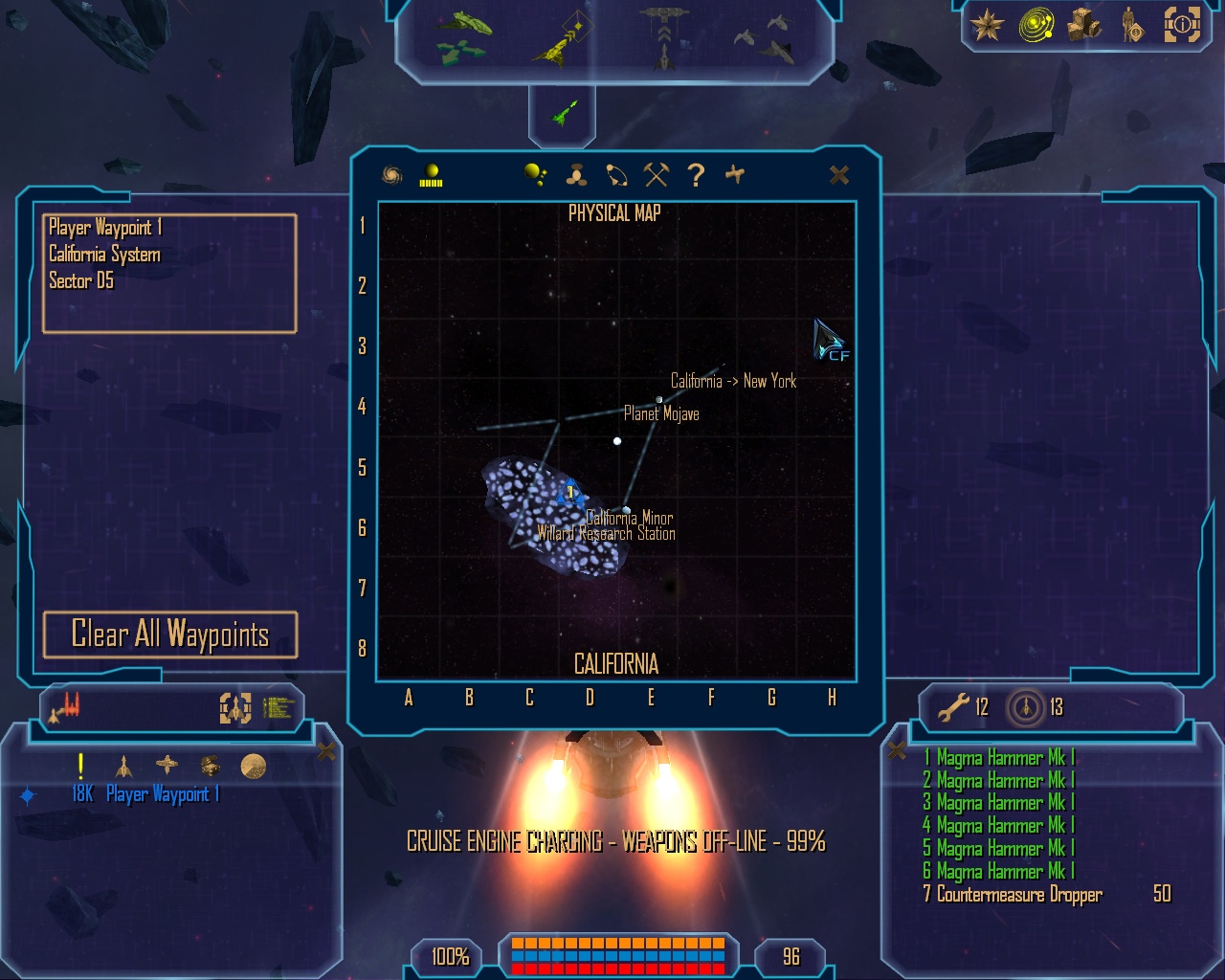 Again, by this time I know the approximate location of Balboa wreck. 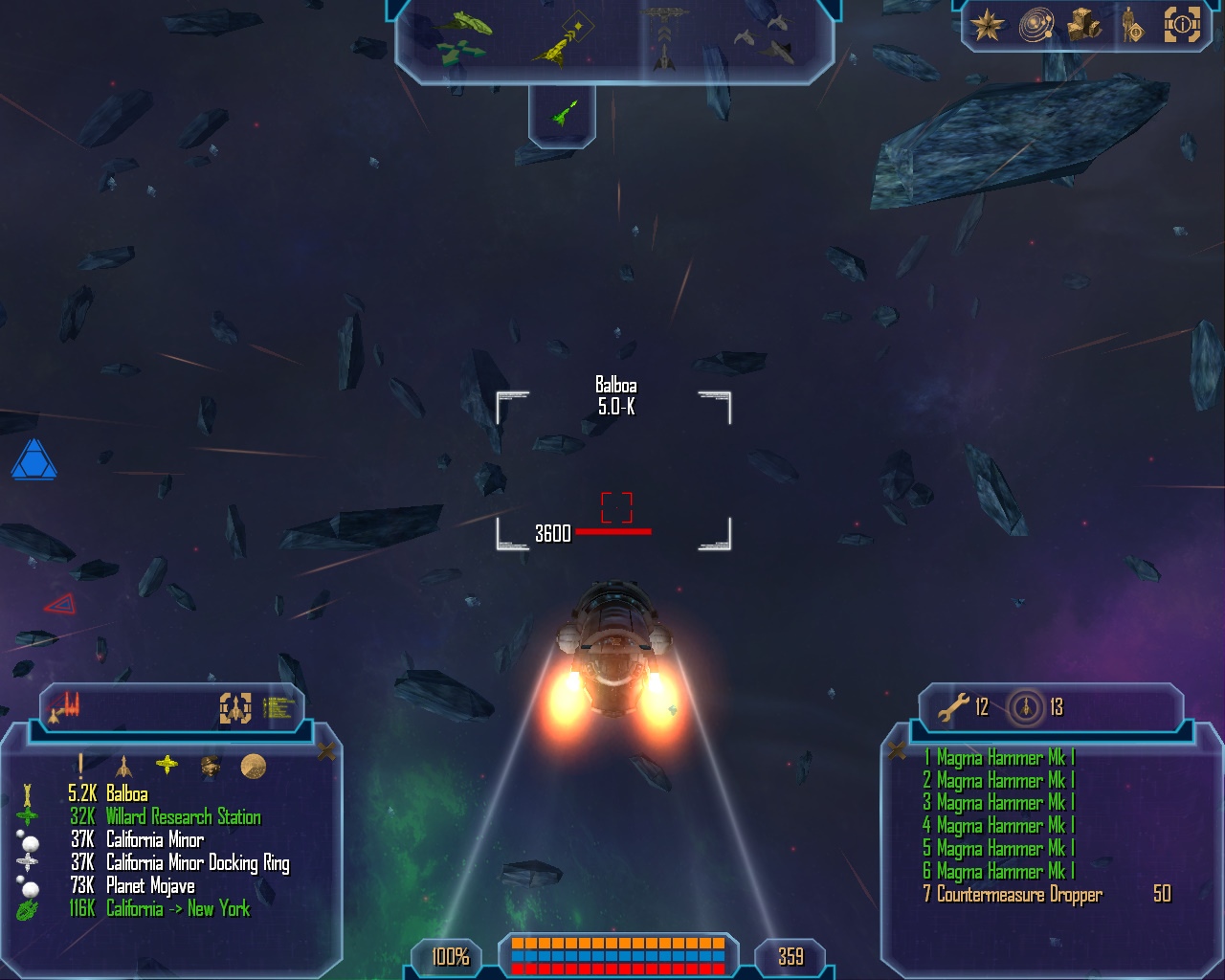 Also, turns out missions in California pay out more. Prioritize Outcasts this time.

When you have almost full cargo bay, it will be a time to go back to Texas. However, why don't we broaden our horizons a bit by going a slightly different way?

Okay. I know there's a jump hole to Texas in Whitney Asteroid Field. I'm going to play dumb and say I don't know the exact location. But there is one thing that will help me: Patrol Path Map. 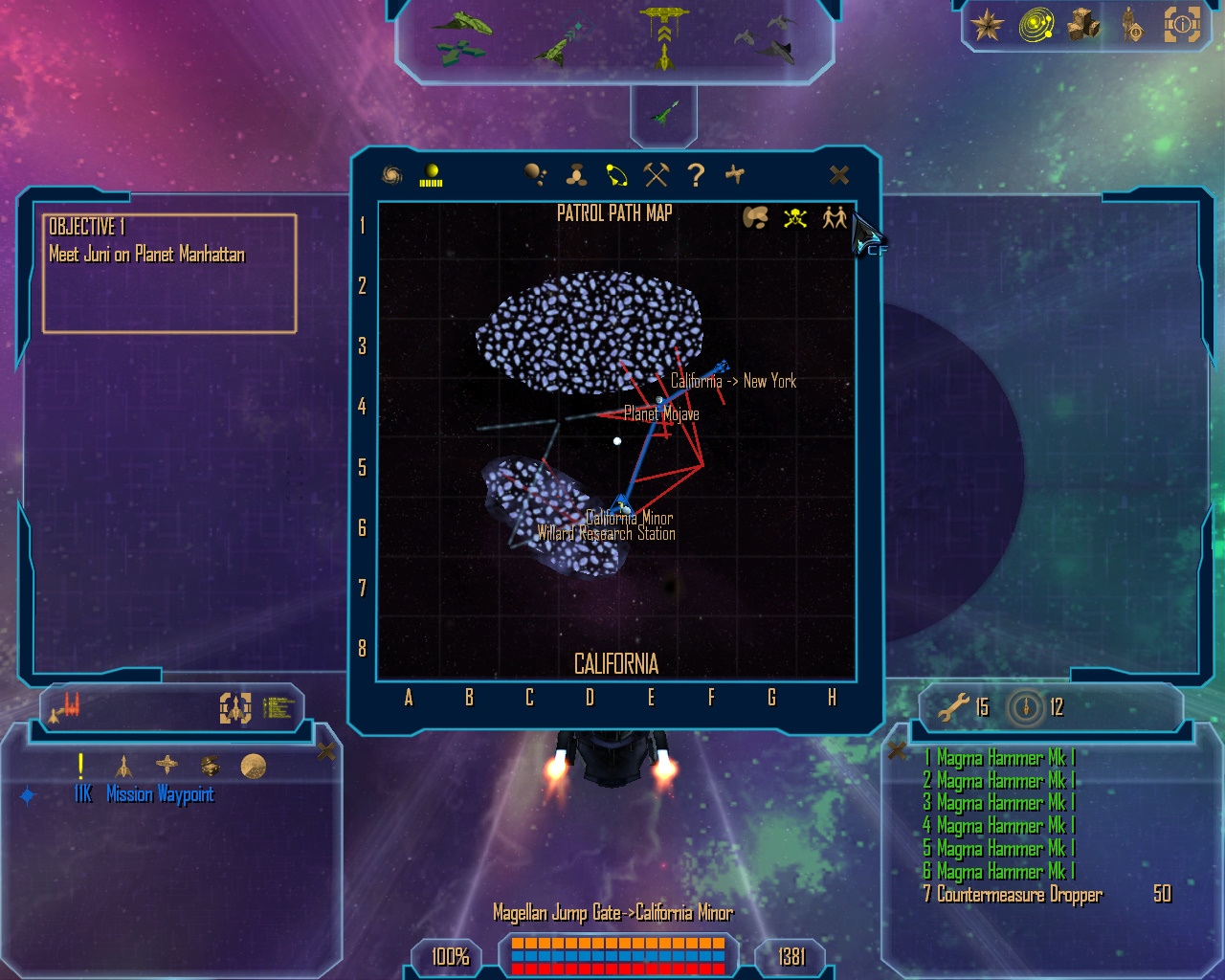 The Jump Holes are preferred method of travel of pirates and other "undesirables" such as Rogues or Outcasts. By selecting Patrol Path Map and picking "Hostile" (not always, some might be neutral or even friendly, depends on how you play. In fact, one of the options I could have picked in Intermission 1 was to get the Junkers bribe, get buddy-buddy with Liberty Rogues, go to Buffalo base and get the Dagger LF. I can try to do all the alts once I'm done with the main line LP).

See this intersection of patrols going out of one point? 50% chance that there's a Jump hole... 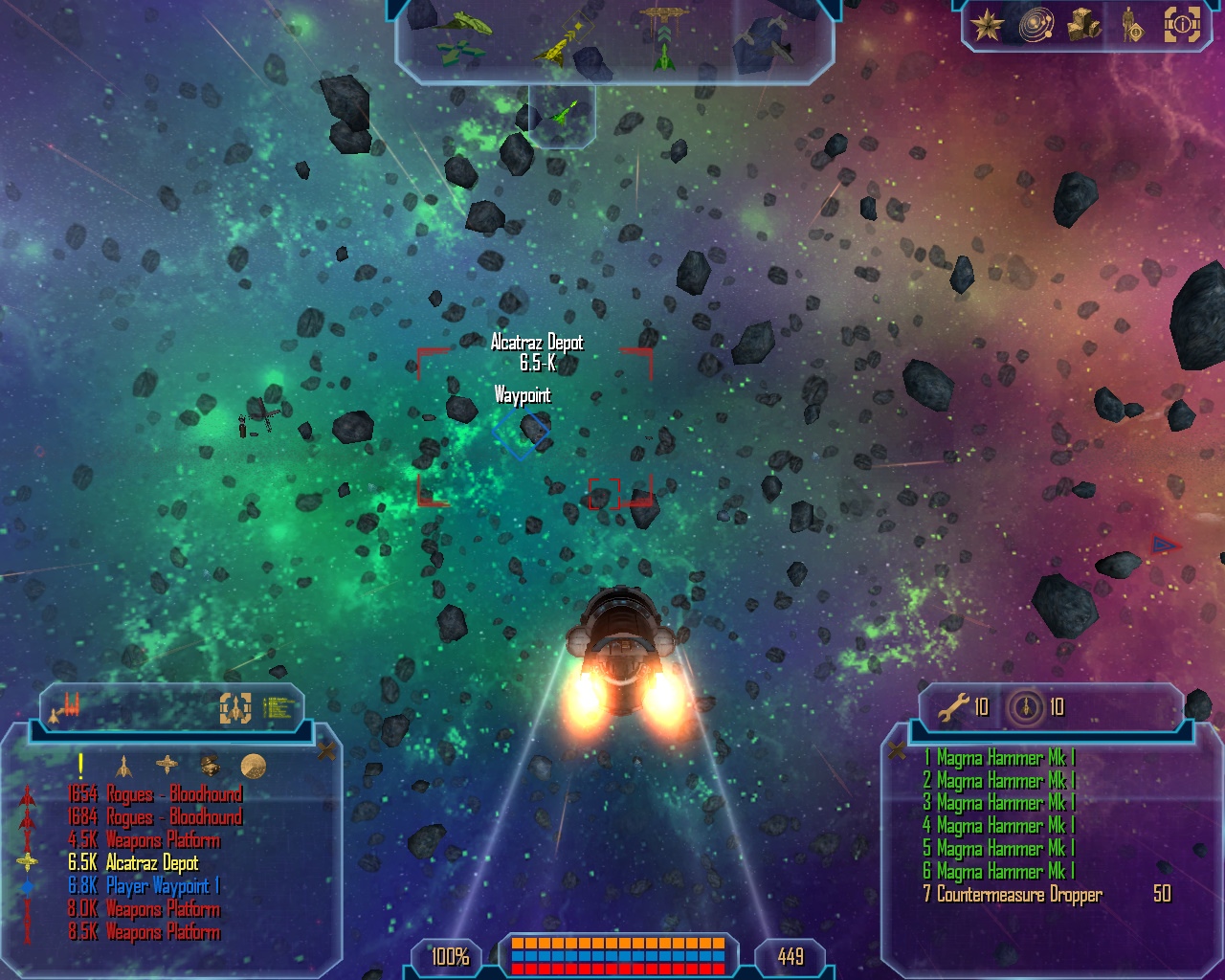 Or a 50% chance that there's a pirate base instead. But don't despair. I know that the Texas jump hole is real close to Alcatraz Depot. 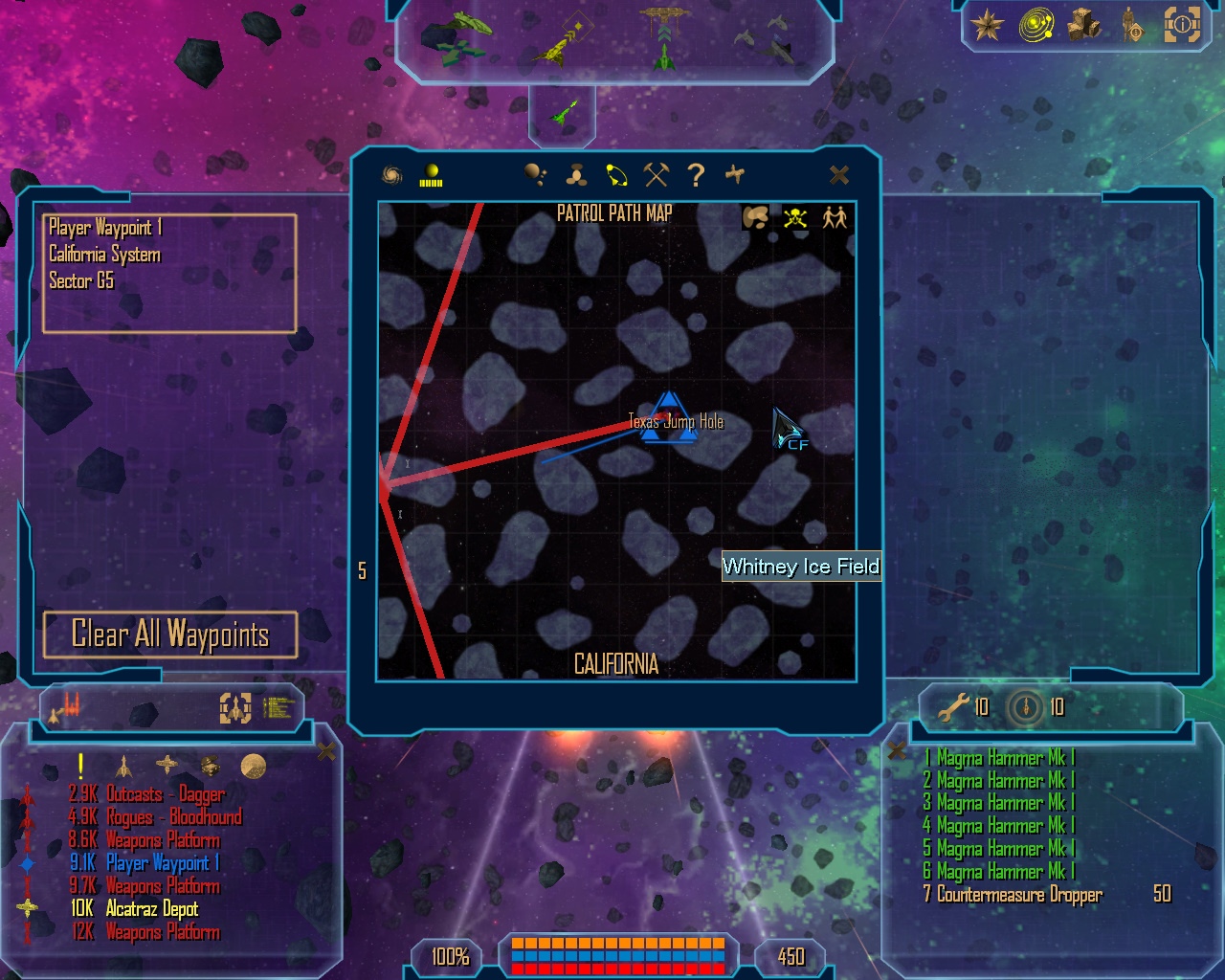 Now that we are in the western side of Texas, we can explore the dark side a bit either. I know for a fact there are a couple of wrecks in Pequena Negra... 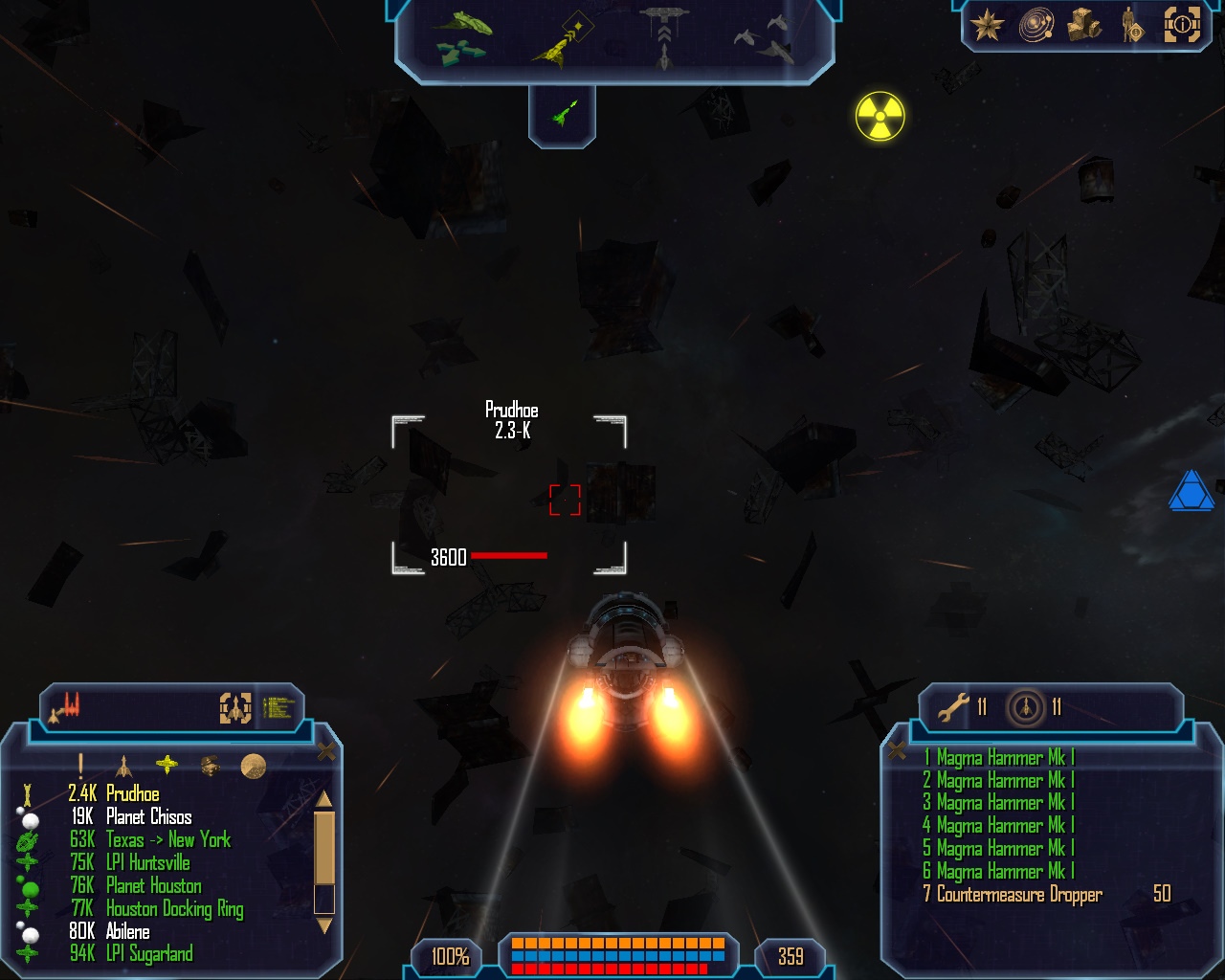 I found one, but, flak my life, my hull! The radiation in Pequena Negra eats Hull Points like Chancellor Vay Hek from Warframe eats the scenery: with gusto. 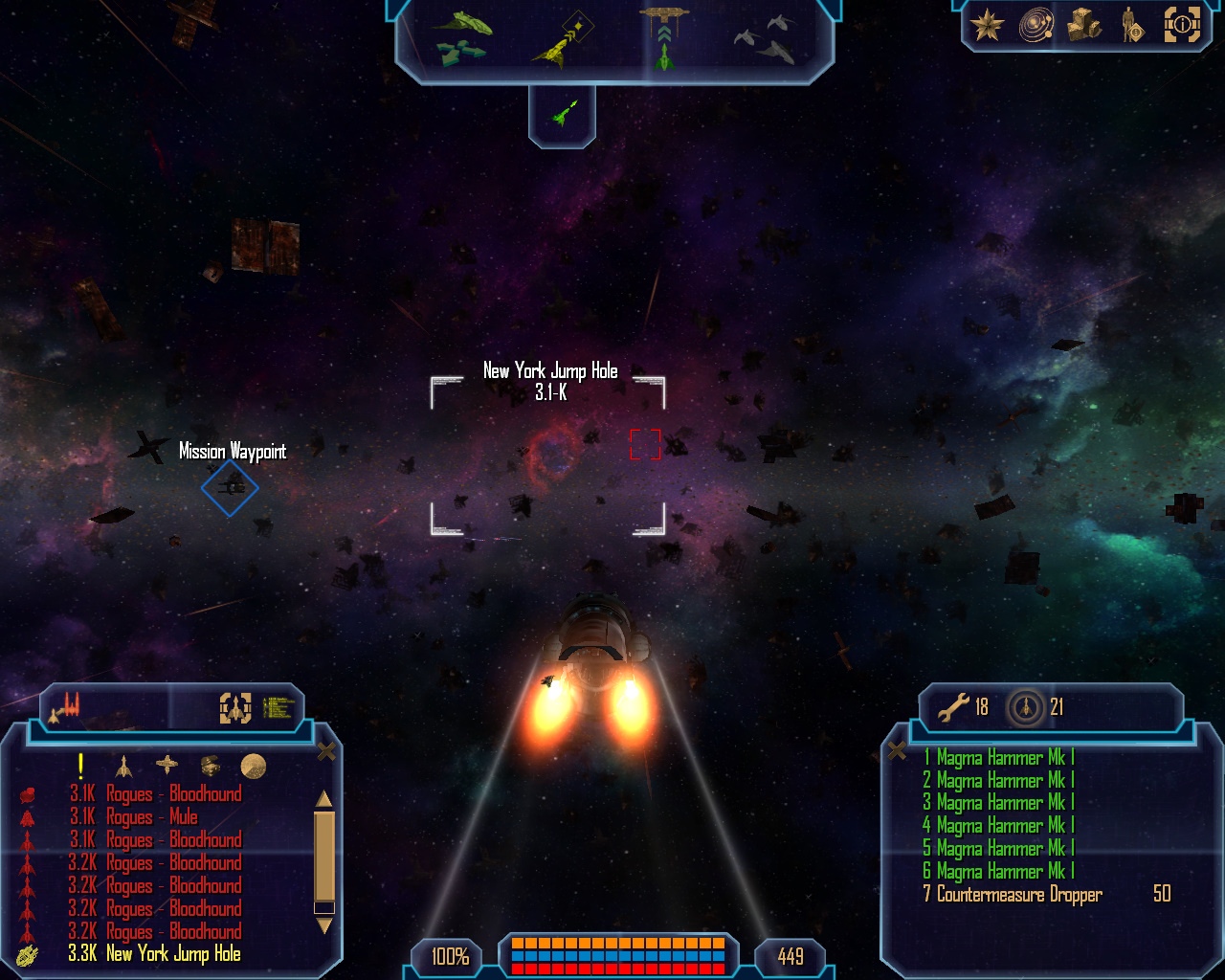 Oh, and I found New York jump hole, too. 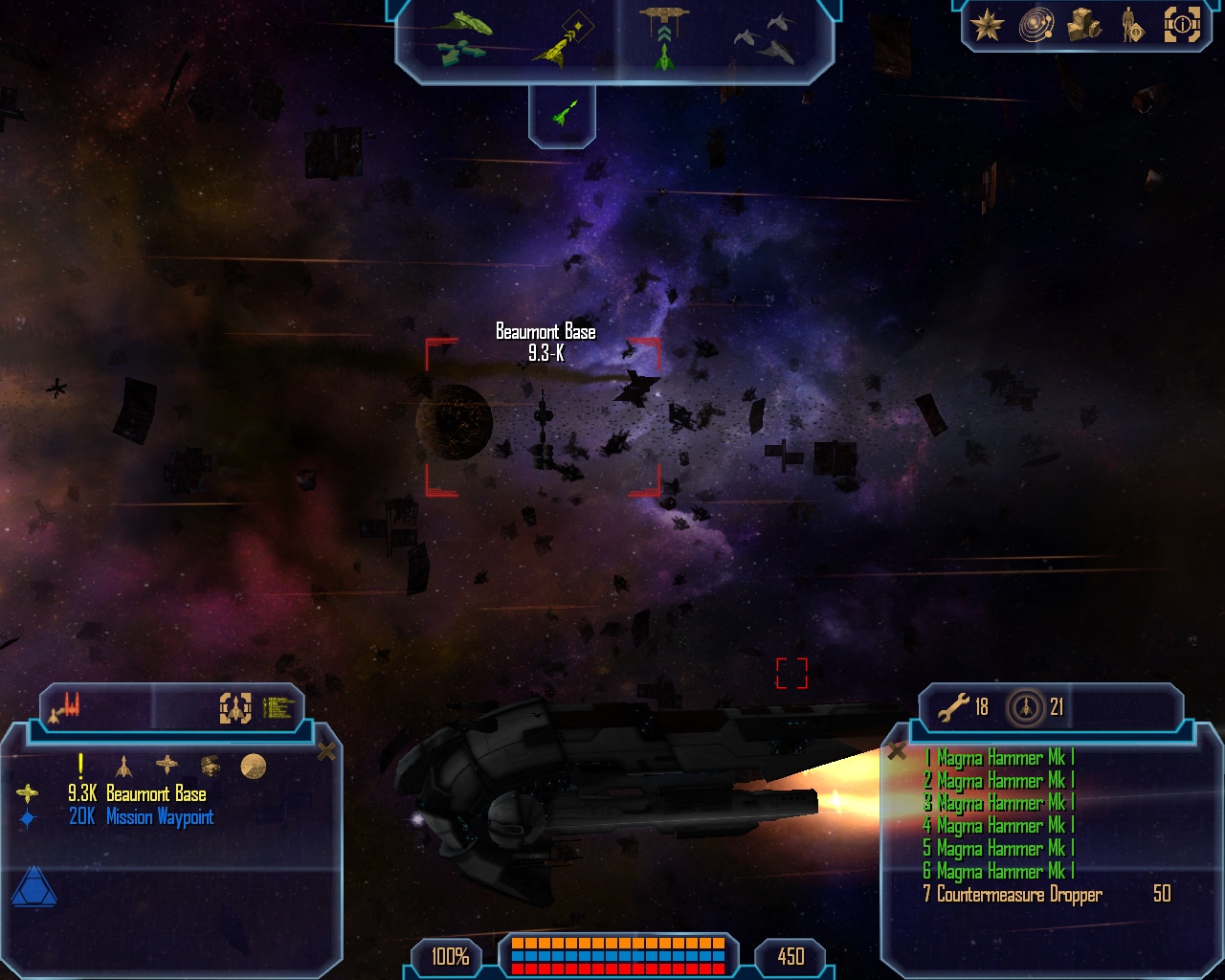 And a Junkers' base.

Honestly, guys, I'm kinda sad that I have to cover this in my let's play, because it means I'm kinda robbing you of the joy of finding this stuff on your own. Still, I'm sure there will be plenty of white spots for you to fill on your own even when I'm done with it! 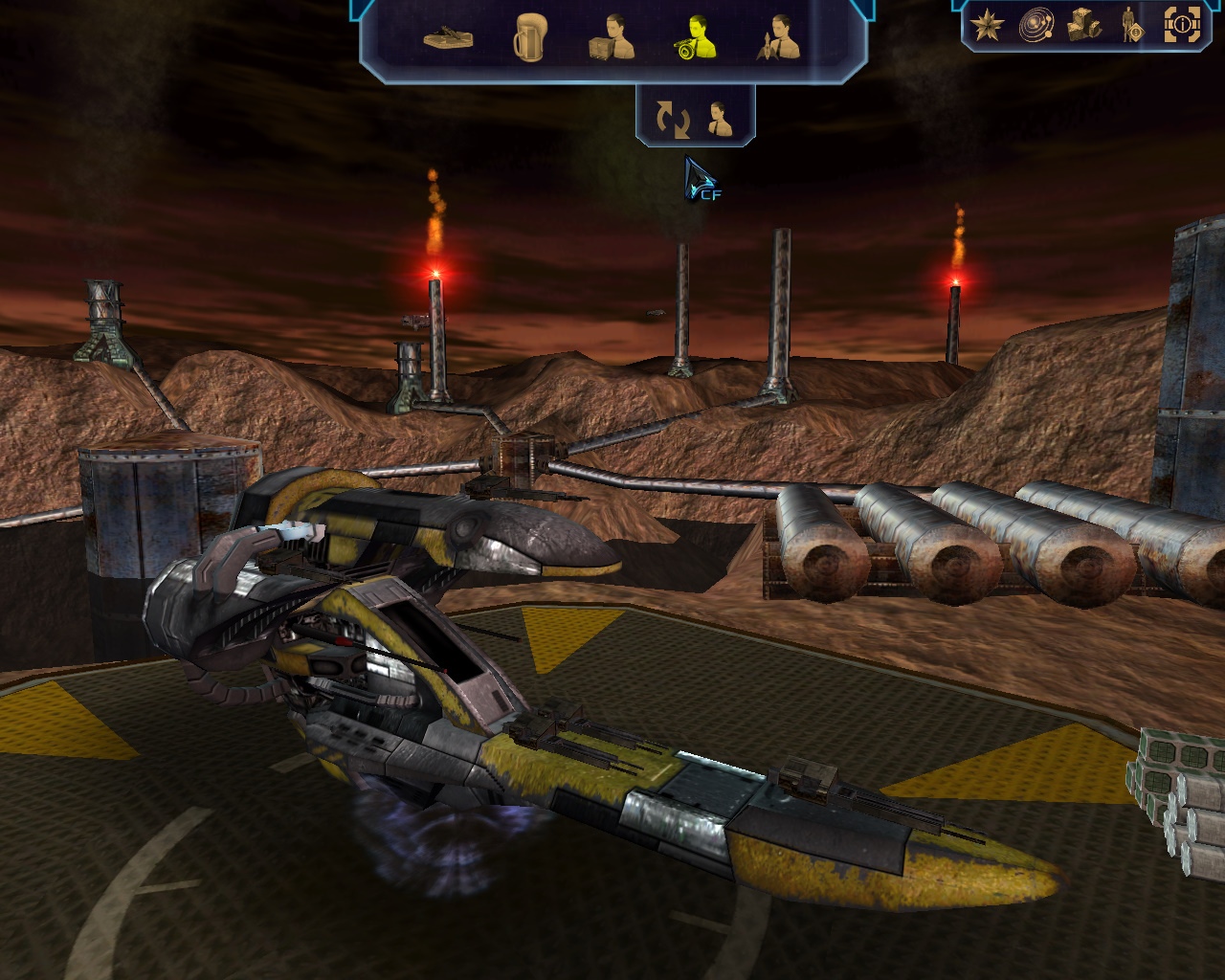 Finally, a ton more missions done and a ton more pods loaded off at Huntsville, we have enough creds to buy Werewolf...

Trent, what are you doing? 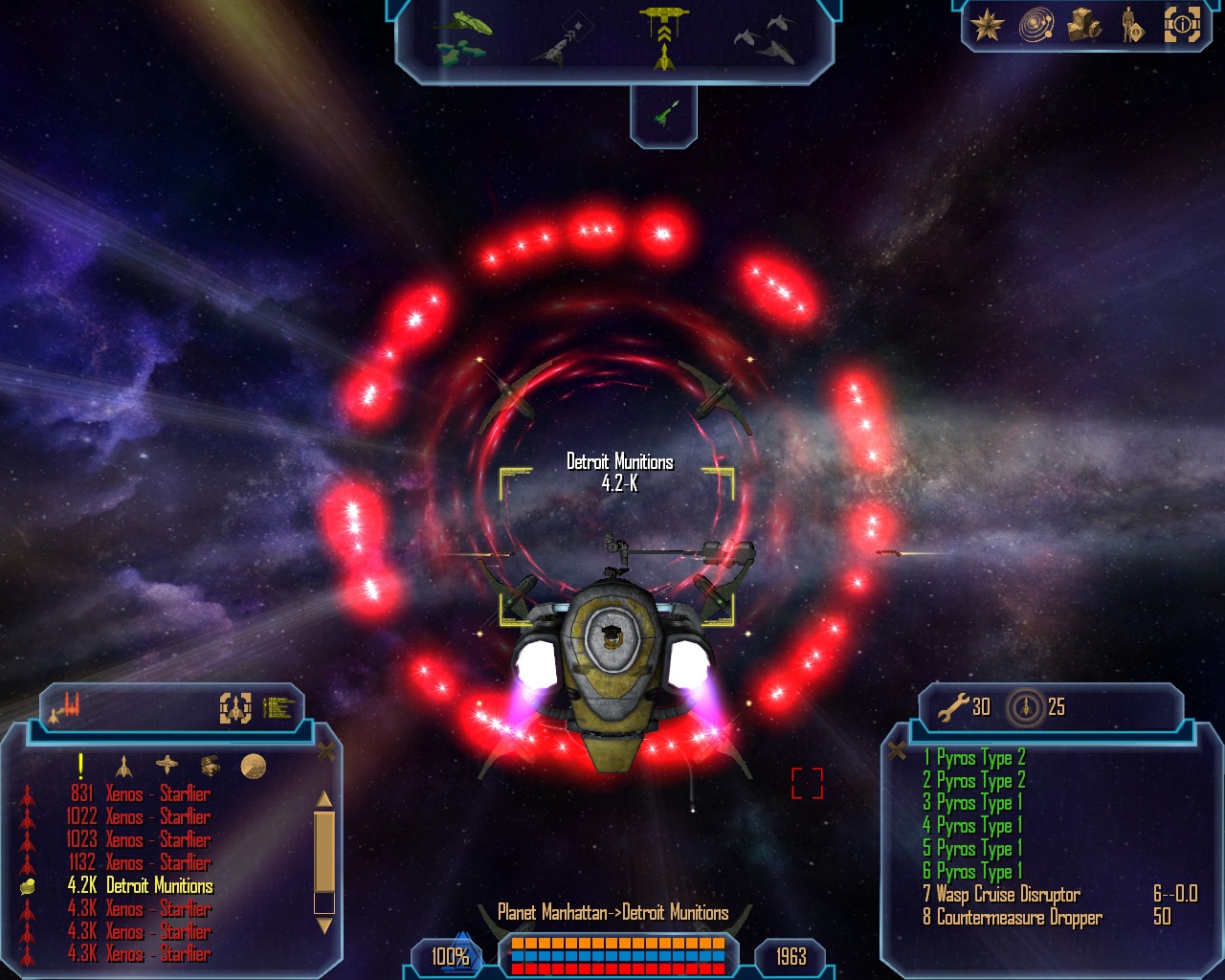 YOU ARE ALREADY BLOWING THEM UP WITH A GLARE TRENT, STAHP

As advised by mr. Palestro1994 over there in Discord, I decided to try out the setup of six Heavy Flashpoints for this playthrough. They are sold at Detroit Munitions, one Trade Lane away from Planet Manhattan.

Again, no Video Aids. Have a Trent's log update for Mission 2 instead. 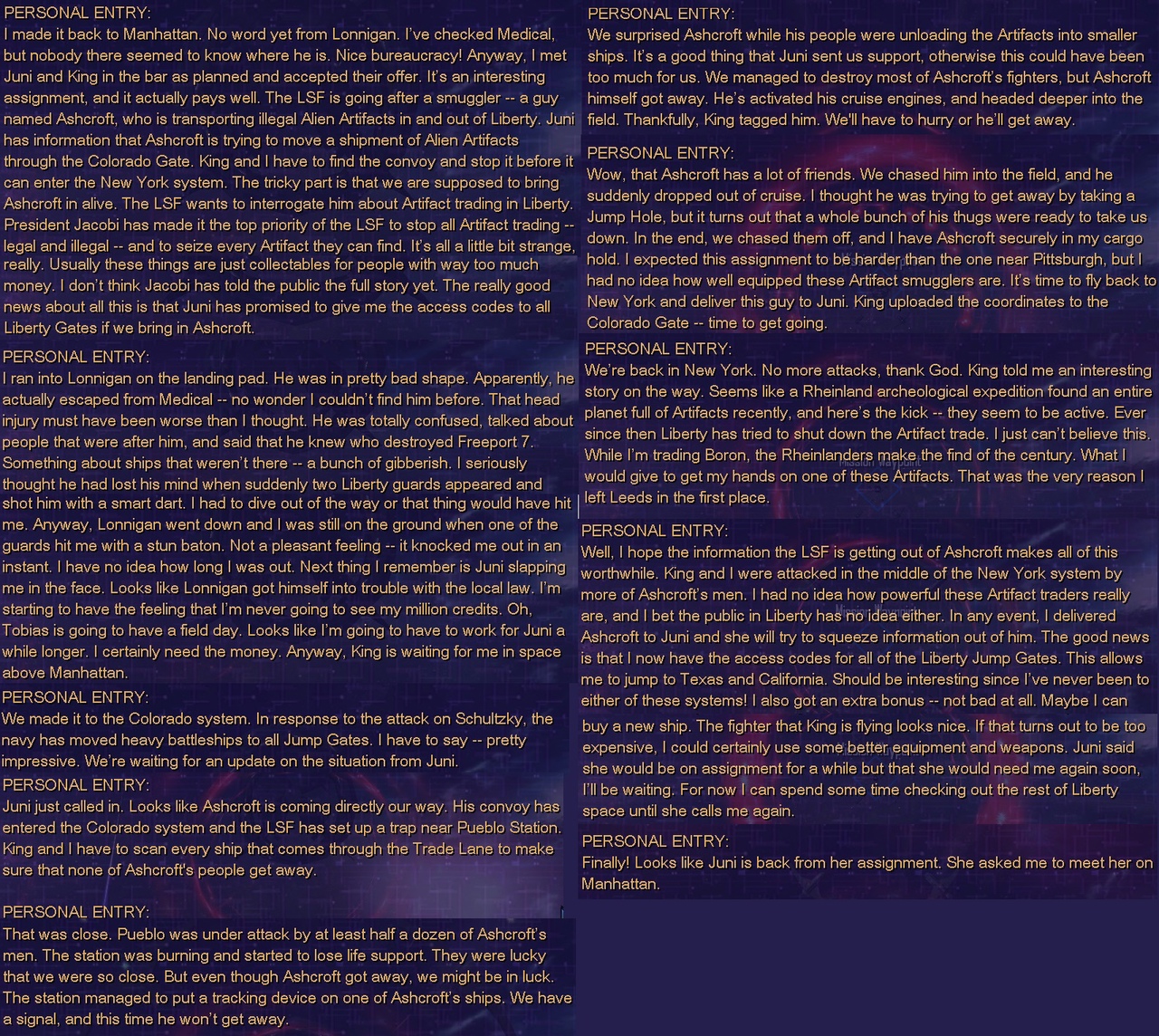