The message from Flyagin I recieved was surprising. Mainly because it told me to stay in Weth and wait for him to drop by Stranger. Well, I knew the Baneblade already dropped by Inner Core and already destroyed a number of Great Doms' battlegroups, sapping the strength of their empires one battlegroup at a time. But I didn't suppose Flyagin himself was there.
So when my CO finally entered the part of Stranger's cargo bay I modified into a living block, first thing I asked was:
-What the ever-living FLAK are you doing here, Canteen?
He chuckled and took a spare seat as I offered him some "Tarhun"[2].
-I expected moonshine - Flyagin said, taking up the glass.
-I'm too lazy to reassemble the still, but don't avoid the question - I answered and downed my glass, then poured myself more.
-I need to talk with you here, on the territory so far out of human factions' reach. Seal the ship.
I complied.
-A crisis is looming over Sirius. If it blows up, it might affect us.
-It will affect us - I said. - I know what you are talking about. The Order is up to something. The real question is how really hard will we be flakked if it blows up.
-Ajay Pattern Pessimism, an universal constant - Flyagin nodded.
-Hey, you seen yourself the army Great Doms gathered. If Dom'Kavash go fins up we all are flakked up beyond any recovery.
-Operation Flamestrike - Flyagin reminded and I laughed. Operation Flamestrike, from what I recalled, was the bomb. - Or operation "To Their Own Shore". Either way, we are not making enough difference. Great Doms absorb losses. We can swoop in, destroy six cruisers and slip away before fighters show up, but they don't let up. I am trying to convince the Party that we need to do more against the Great Doms, and I might be successful... if not for trouble brewing with Sirius. We managed to reclaim stability - with Rogues, with Nomads. But if that happens, all of this will be in vain. K-999, K-115 and K-795 might be recalled from the sector. You might be recalled from the sector.
-And you are calling me a pessimist.
-Internal Security was reached by a man from Coalition Rogues. He has some very sensitive data, but will only work with a certain person. Me. He is waiting for us on Achinsk Station.
-Let's move then, no time to waste - I said. 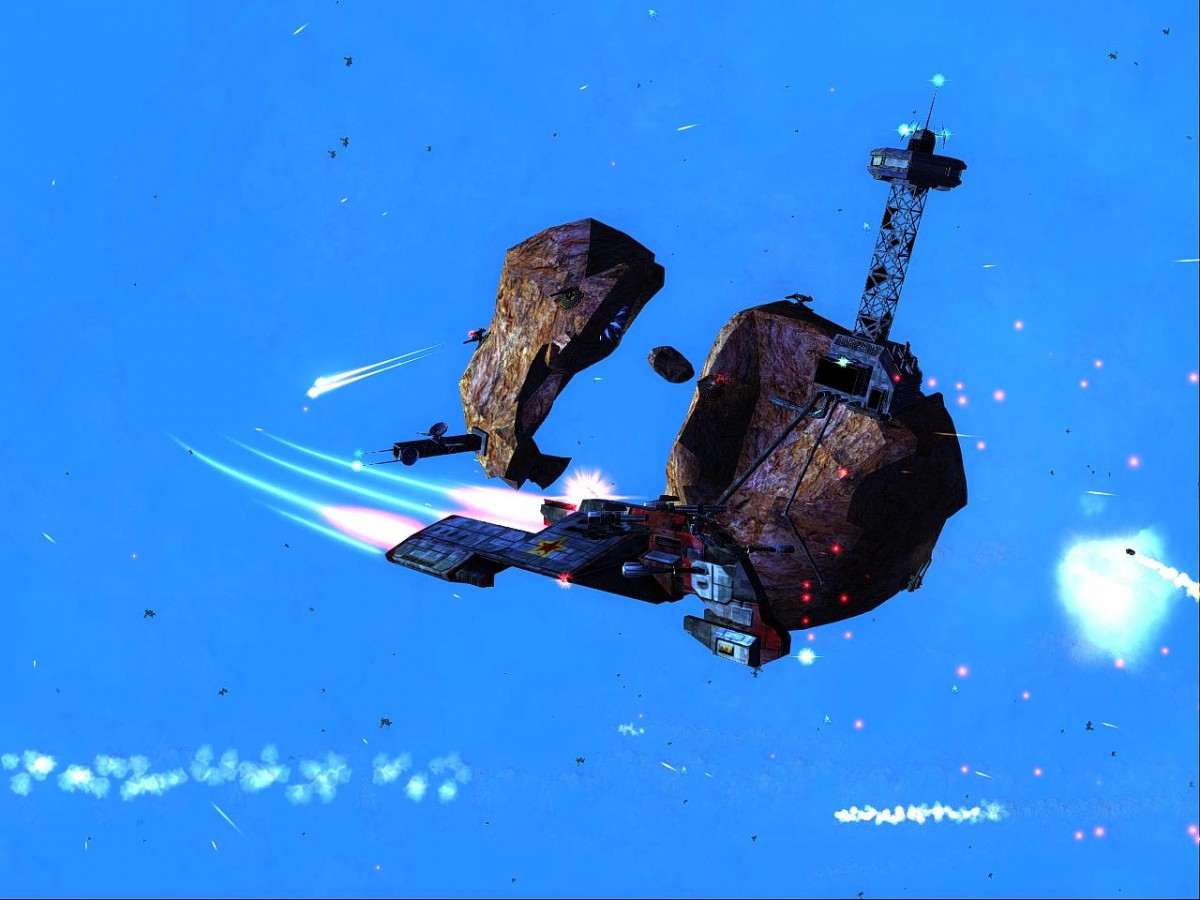 The Achinsk Station was a faraway outpost of the Rogues, declared by Navy as a low-level threat. The modifications on the IFF of my ship allowed me to dock with it. However people recognized the ship - at least, one of them did, as he waved his hand to me.
-Canteen? - I asked.
-Yeah, it's him - my CO said. - You go and talk. I warned him about you. Don't worry, if things get hot I'll get you out - Canteen said and got into cockpit as I headed to the exit and got out from the ship.

-You must be Ajay - Canteen's informant said. - My name is Anton. Your commander, Canteen, told me that I can trust you too, at least as much as I can trust him.
I nodded, and he took out a data pad.
-There was some nasty stuff rolling among us Rogues for this information. There was a little gakking war on Chkalovsk and bigger gakking war near Sretensk. I am a curious man, jacked a copy and took a look. And now I think I'm better off giving this to you.
He gave me the data pad and I put it into my pocket.
-Do you know what is the most powerful WMD is? - Anton asked, and then answered his own question. - Information. This pad contains so much stuff, which if becomes public, can make every weapon in humanity's grossly inflated arsenal to go off. While on the inside I want to watch the galaxy burn, I understand this is my galaxy too. You Intelligence are big enough heads, you'll think of something to defuse this situation before radioactive waste hits the groundwaters. If not, well, it isn't like I'm in any position to do something - he sighed. - Keep this datapad at least a system away from the Order or mass media. Some clans might be safe - DP, I suppose - but better safe than sorry. But to think about it, if they'll find it's missing, they'll comb Altair. Sirius won't be on their list in a while. Now go, and good luck. Oh, and don't start the pad up until you're safe enough. See the paper iso-taped to it? These frequencies you need to jam before launching it, just in case.
I returned into the ship.
-We need to get to Sirius. We'll use Unknowns, long way, we need to slip in unnoticed. No docking - I started to explain.
-Gotcha. Well, you are the pilot, so your call. 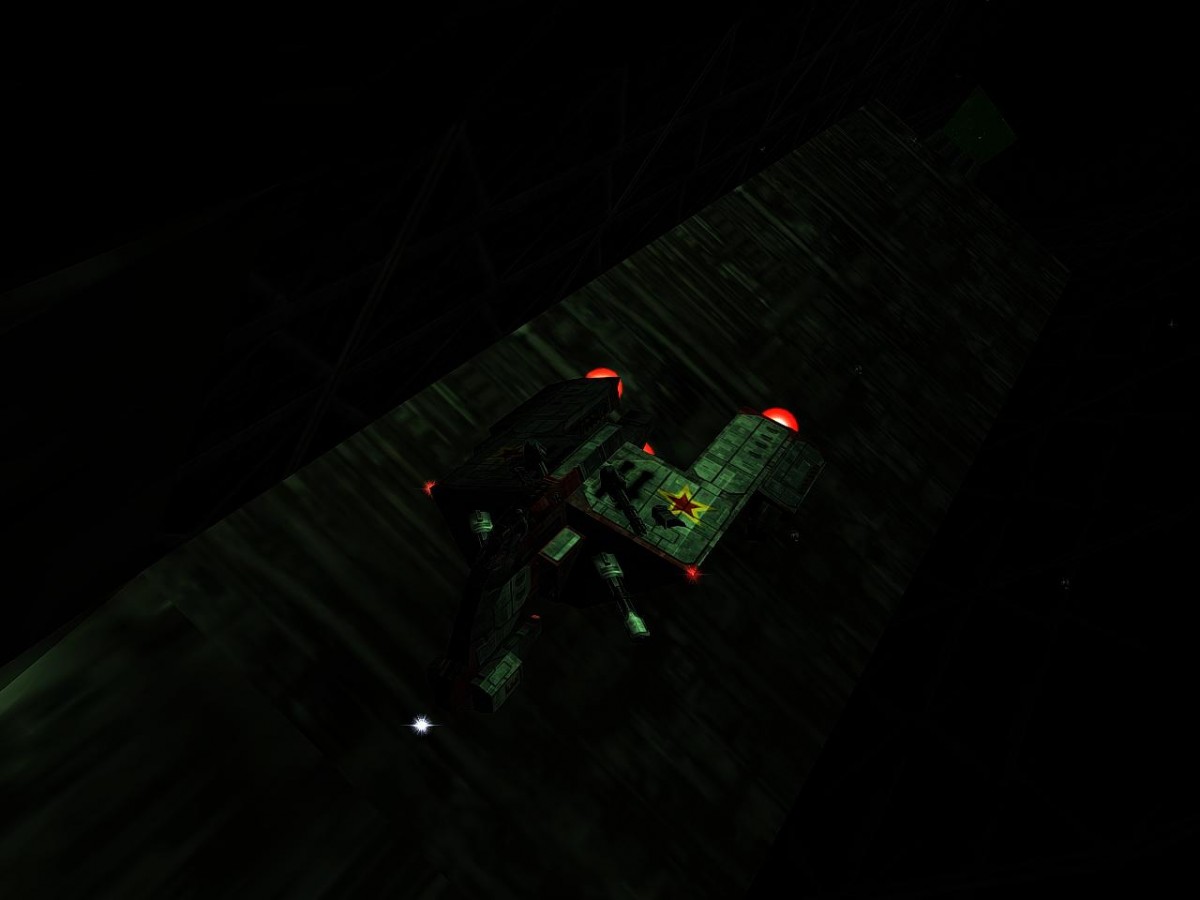 I had a secluded place in Edge Worlds where I could leave ship out of the base for a while. So I parked the ship here, engaged electronic countermeasures suite and launched the data pad.
We started reading it. Then went over it. Again. And again. And again.
-Anton was right - I finally managed to say. - [DATA EXPUNGED]... If this comes up...
-Sirius will tear itself apart - Flyagin nodded. - [DATA EXPUNGED]. Nobody ever knew [DATA EXPUNGED] did this. Not even [DATA EXPUNGED].
-Nobody must know about it - I said. - Not now. Probably not ever.
-Destroy it?
-Maybe - I said.
-I will have to deliver it somewhere safe. Nobody else can be trusted - Flyagin said. - I need to think about it.
-I have an idea - I said and turned the pad off. - You'll have to bear with me for another ride.

Author's note.
To be continued? maybe? I don't know.
I have doubts about this, hence why I made the McGuffin as vague as possible.

Footnotes:
1) Reference to the Funker Vogt song House of Sorrows.
2) A type of carbonated soft drink containing estragon extract, often green-colored. Was widespread in the Soviet Union and is still popular in some post-soviet countries.